[Paladin] PvP Builds - What is your opinion?

I am new to this forum and haven’t played Tree of Savior yet, but I did find my interest in the Cleric class. Previously I have played RO for years and always prevered playing the Crusader class. Either an Int/Vit/Dex paladin, which was basically a mobile tank type due to high Matk (offensive & defensive) and crowd control (from now on ‘Matk Pally’) or an Str/Agi/Vit/Int paladin, which was close range with high dmg output but easier to kill (from now on ‘Battle Pally’).

Playertype
I play MMORPG’s for PvP, period. By this I’m indicating that I see no problem in leveling forever, as long as it ends up in a good PvP build. Also, I’d prever a class which would be a good asset in both 1v1, 5v5 and GvG. This being said, I think a sustainable class is always a good choice. A class which can take hits but keeps standing, so a healer type with shield seems perfect. From here on I hesitated between either a Chaplain or Paladin as C7. So here are my thoughts on how to make a healing pvp class, by either a ‘Battle Pally’ or a ‘Matk Pally’. Please advise and correct me if I’m wrong.

Battle Pally
The Chaplain, which is a melee oriented in my opinion, requires Priest C3 and its buffs to increase the Chaplain’s damage output. Most of the Chaplain’s damage output increases with auto attack’s due to aspersium, sacrament, last rites and aspergillum. Nonetheless, these skills increase both Atk and Holy Atk, which means they should stack with Smite and Conviction for spike damage in PvP. Also melee team members can be buffed, but could be overlapped by other supportive priest members in team. The downside of such a build is that it would look like the following:


This leaves out the possibility to maximize burstdamage. This because Paladin C2 is only able to get Lv 10/15 Smite and Lv 0/5 Conviction. Also Barrier is not achievable which increases a fixed area with Mdef by 130 for 60 sec (does this also protect enemy players from entering the zone in pvp?).

This build gives the ability to maximize priest buffs and get Smite & Conviction for burst damage. Also Barrier would be available, but as a close range type it is not very valuable. Last rites and Aspergillum would miss out, but the burst damage would make up for it imo. However, Smite’s knockdown ability should be turned off because knocking down (few squares) would cancel the possibility to burst damage in combination with Conviction. Every PvP player knows that a knock down ability can turn the tide on group PvP so less quick burst would be optional.

Stat build
If any of you knows how to improve such a ‘Battle Pally’ build please inform me. I was aiming to use about 3:Str/2:Dex/1.5:Con for these builds. Str for damage output, Dex for hitting classes with high evasion and to improve hitrate (does dex also decrease the motion time for a melee skill?) and Con for survivability (Hp and defence).

Matk Pally
The paladin isn’t thoroughbred Matk class, however it has great defensive potential and Smite’s knockback can be used in its advantage in PvP. Also Conviction can be used to decrease the opponents Mdef, which increases Magic damage for both me and team members.

The main strategy in PvP would be to use Conviction to lower Mdef (fire, ice, lightning, and poison) by 100, use Smite to immobilize the opponent and cast Zaibas upon him. This combo can be repeated once more as both Conviction, Smite, and Zaibas can be used two times before the cooldown sets in. This makes this type very mobile while using Resist elements and Barrier to keep off opponents (only if Barrier keeps enemies from entering the zone).

Stat build
The stat build of the ‘Matk Pally’ would look similar like 3:Con/2:Int/2:Str in order to have a lot HP while putting decent damage trough the skill routine.

The ‘Matk Pally’ has my preference for now, but please show me your opinion on both PvP oriented builds. Thank you.

Cute, but this all can be summarized as: ~Not gonna work.~

It’s better you just read up on existing paladin/advice threads, there’s far to much you got wrong or there’s better alternatives for.

Hi, thanks for the reply.

Hmm, i keep forgetting most of our existing threads aren’t so useful when it comes to paladins. My bad.

Either way do check out:

As for the paladin threads please be cautious with most advice, a lot of the claims are unsubstantiated and based more on what they want to it to do.

And @iago_l offers the best paladin advice imo. So check his posts as well.

But i do know that:

But basically, paladin is a pve class atm.
Nor should you pass up on the r7 classes, they are to good.

The best advice I can give you for PvPing in a Paladin c3 build is to either get Priet c3/Plague Doctor/Oracle in your build and try to make the best out of these classes. Cause you won’t get much out of Paladin for PvP :c

This is great information!

Too bad that there is a lack of information on most skills, at least thats what I make up out of your arguments. I will look into the threads which you proposed and if a Paladin build would be feasible for PvP I will probably return for more questions. It seems that you have done your research quite well.

My second choice would be to go into a full support pvp type, a healer with major hp and defensive spells. My brother is going to make a swordsman class, so my buffs would then lean towards to physical abilities. Some offensive skills is always nice for the extra pressure.

This is a PvP video of a tanky cleric class. I do notice that the whole team exists out of clerics. Nonetheless, it seems like a sustaining build. I am not sure on which skills to take for a melee supportive pvp type. What do you think? 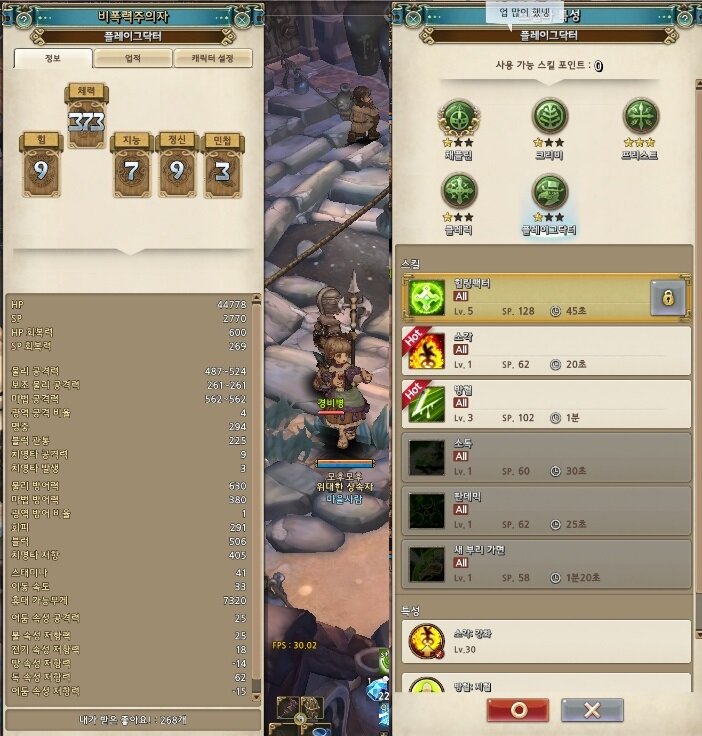 That’s a cleric/priest3/chaplain/krivis/plague doctor build with a focus on con i think.

But yeah that’s one of the tankier pvp cleric builds, though you could replace krivis with cleric2 for even better healing and safety zone.

And keep in mind for pvp melee clerics have a hard time hitting enemies, so it’s more supportive then offensive.

And statwise there’s a ton of options.

For pve con is less important, but there’s still plenty of stat variations you can pick from.