Why i vote for a wipe

The accounts that will get banned will be the fake/ghost ones, that used steam bug to get free TP and Tokens, but they are just a small piece of the scam. You see they use this ghost acc to sell Tokens and then sold a random item in the AH with their main acc, and paid with the silver gained by the ghost acc.

IMC can’t track this, they can ban the ghost acc, but the silver won’t be deleted because they are on the hands of their main acc. What’s worst is that IMC can’t ban those main acc because they didn’t do anything, they just sold an item on AH and someone pay for it, no exploit can be trace.

In the end they’ll not be punish, imc is going to ban a lot of empty glasses and they will remain with their illegal profit. I vote for wipe, because we are just a fraction of the community and a lot of ppl will start playing this game next month, they don’t deserve to step in on this mess because you’re selfish and doesn’t want to lose your 2week effort, plus we’re on a OBT and they can wipe OBT as many times as they see fit.

I have 4 golden anvils, high lvl characters, +8 mark boots with 2 lvl 6 roasted green gems, I’m almost finishing my Trinity Sword. But I rather do that again than keep playing this game as it is, I want a wipe with:

(increase the plant respawn for the shinobi advance because no ninja need to suffer again like they did.)

can anyone translate what he just said?

Im fine with/without a wipe, aslong as we get back our DLC packs for use again.

What language you need it in? It was in coherent English.

Due the fact that a lot of players is using a bug on steam to get free TP and tokens and sell it on game to get silver (most likely from bots and hackers).
People are asking for a wipe, me included, and I’m telling you why I want a wipe in this thread.

If they give me back a lvl250+ i don’t mind. It’s easy for kids without jobs to do wipes and start over. For those of us who had vacation and must work again, it sucks. We can’t get back those hours.

I’m not in favor of a wipe. I’ve invested too much time. I don’t see why a few cheaters have to ruin all my progress.

The game already almost destroy, what the point of having a complete wipe?
Now major area had been flooded bots and this game not even a month old…

Why in the hell you want a wipe? Its not game breaking at all they can track those BR people who abused it easily due to the in game restriction itself. You want a wipe cuz of this abused? and for sure u want a wipe cuz u are far behind from other people who invest much time farming and grinding to max level.

I also vote for a full wipe, I have a 250+ character so this would impact me greatly however as the game currently stands, bots, gold sellers, steam abuse it’s a joke.

There’s speedhacking, range on weapon increased to huge amounts, fly hack I’ve seen the particular bot in action there’s videos of it, people are using it because it’s so cheap, IMC need to really step up there game and have dedicated members of staff on this issue all the time, otherwise it get’s out of hand like it is now.

Hahahahaha, oh the irony when you’re calling those who don’t want a wipe because they spent hours leveling their characters selfish. In a way, you’re acting quite selfish yourself right now by requesting this.

That amount is already huge for me, imagined those who already spend 350 hours in.

I’ve got 264 hours on steam, I would still like them to wipe the game and start fresh once all these issues have been resolved.

U guys are asking for a wipe cuz u fail in ur build making ur sh1t char and u dont want to do again while everyone are higher, say the truth men dont worry. NOOBS EVERYWHERE

My two cents: it’s not necessarily the fact that people who don’t want to vote in this direction are “selfish.” Even though the 2 weeks experience was not the best (far from), it was still 2 weeks. For many, we don’t have that much time to start over, or the patience.

It’s great you got that far, but there are also people who got that far and farther who don’t want a wipe because they spent time thinking this time it was permanent - it’s selfish to take away their time and achievements if we are using that word.

IM 230 GOT FUKING BUG AT RANK 7 AND NOW IMC SAID U NEED TO RESTART OK GG HAHA FUNNY WELL IDC IF THERE WILL BE A WIPE BETTER SO THIS FKNG TARDS EXPLOIT USERS GONNA BE REKTED IN AS.S AND IF THEY DO THIS THE EXPLOIT IS ALREADY FIXED SO BTW I HATE THIS IMC HOW THEY WORK GOT A BUG IN RANK 7 AND THEY DONT WANT RESET MY RANK 7 LITERRALY THEY SAID "WE DONT CARE MAKE ANOTHER CHARACTER AND LOSE UR 50€ OF STAT POTION AND RESET SKILL POTION "FACEPALM

I invested time as well, and I’m not even in vacation. Sure it’ll have a huge compensation for our time, a way for us to get what we have right now and maybe even more if we are lucky.

I’m not going to ramble on possibilities to do this, but I know it can be done. Think about it, maybe they can give everyone with +lvl200 chars on their acc a lot of tomes with 10x exp for certain time, I dunno ok?

But think about it, do you want the game the way it is right now? Do you want ppl that has absurd amount of silver and Tokens on their hands? Because I’ve played enough mmo to know once the economy is fcked you can’t enjoy the game.

PS: @TristisOris It’s not a bot, they were getting free dlc with ghost acc to ruin the economy.

no. me time wasted so much here grinding like drunked super mario. if IMC can give back me time then i vote AYE , if no then NAY . 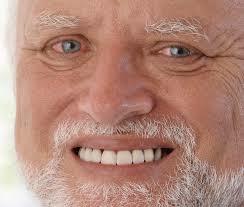 Wipes because of bots and hacks?

Wow… sounds like we should now wipe the entire MMORPG community.