[SA] Sillute new relocation and why I'm afraid of it

And speaking of continent, America is one geografical continent. Yet, most people say “South america” and “north america”.

Why would a company allow two competing servers of Tree of Savior located on the same city exist? That’s just Bullshit.

levelup isn’t involved with IMC anymore. there is no levelup ToS server.

Source? last I checked Level up was translating the game.

Source? last I checked Level up was translating the game.

America is one geografical continent

“A continent is one of several very large landmasses on Earth. They are generally identified by convention rather than any strict criteria, with up to seven regions commonly regarded as continents. These are (from largest in size to smallest): Asia, Africa, North America, South America, Antarctica, Europe, and Australia.[1] In geology, areas of continental crust include regions covered with water.”

source = where is the LuG ToS server?

neither company is dumb enough to open two of the same server in the same region, so they have to compete for players, and eventually make sure that both fail.

Level up posted about the partnership long after the news about the steam server.

Level up posted about the partnership long after the news about the steam server.

last i can find from LuG in a google search ~10 minutes ago is from feb 2016.
the Steam SA server from IMC is in mid-april.

so what are you reading that i couldn’t find ?

One google search and you think you know geography

There are many definitions and they change based on the criteria used.

If SA Server doesn’t come back I simply quit. Honestly, I have been playing with no problem in terms of lag and high ping for the past 6 days. I also agree with you that it is not the best choice to close the server to try to solve all these issues. I REALLY HOPE they fix it out. Nevertheless, I am afraid of this not coming back to live. ):

I’m using criteria as taught in U.S. Schools and also schools in E.U. where i learned , no need for me to google search what I know just posted it for others

You must be so pro in geography right. If we were to go by the criteria you are using there is no such thing as Europe and Asia only Eurasia

If that is not enough for you to understand what I’m trying to say, here is another thing to think about:

-Europe is a continent that have a lot of language diversity but, still, you won’t see a French, Germany, Portugal, Spain only servers if there is a global Europe server. They translate to specific languages and release to the continent. Same thing with South America servers.

It would not. I’m not saying I agree with it, or that would be a really good idea, but there is no problem in having that. You should try to understand the social difference between europe and south america. Most people here have a big issue with language.

Before whoever brought up the geography lesson all I said was basically I see people griping about how the servers are in Brazil and that Brazil does not represent all of SA and how level up would ip block other SA countries because of language.

the problem with brasil is routing, that’s why every company make server for br only, because they can’t play outside of br without lag or the other countries can’t play br server without lag, blizzard for example host game for BR only and the rest of LATAM get the server IN NA Miami, while others chose Chile to host their game for the rest of SA.

But these games are all from the same company, Blizzard, baadaq.

The weird thing is having two publishers for the same game, acting in the same region.

Read the post that you just used. Or just try to get in any of those links.

That project was shutdown a long time ago. Level Up Game still is the “official” partner with IMC.

Welp RIP your translations. Ours are still going from what it looks like: 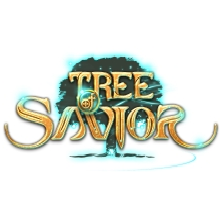