"item discarded while equipping gem" After Re Build Patch, I put level 9 red gem on my +16 Velcoffer shield and my gem and shield discarded 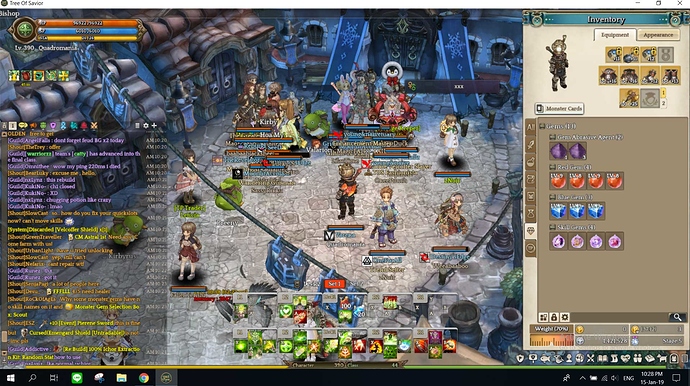 Screenshots / Video :
(attach screenshots or videos regarding the bug)

FYI : This guy also lost item from putting gem same as me :

Please fill in as much as you can : Date and Time(Please, specify the timezone) : 1/15/2018 11:15 EST Server Name: Klaipeda Team Name: Ivysaurus Character Name: Eviana Bug Description : Before doing a Challenge Mode, I had thought that I would lose the three lvl 7 Blue gems that I have in my inventory. So upon socketing to a lvl 350 +11 Masinios Rod with three open sockets, both the Masinios Rod and one Lvl 7 Blue Gem disappeared from my inventory. I even tried typing “Masinios” into the s…

Please bring back my +16 velcoffer shield and level 9 red gem.

I am long royalty, honest and best fan of TOS waiting for your reply here 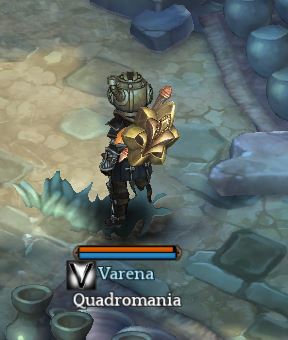 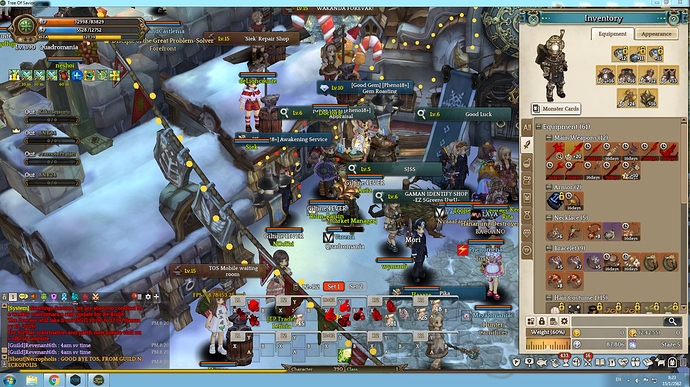 @t.suekittisak bro, help me share this to other to know. Can you also post your into forum and link your detail here. So Staff will know this is and issue not our own mistake. Thank you so much

the same …4 lv6gem then my bow disappear

the problem is that gem insertion causes a lag spike and since you have to press the ok button when the gem warning pops up, it registers that position, so when you click on the weapon/armor next, it will register it as if you’ve drawn the item out of the window and try to discard it.

Next comes the warning if you want to discard the item.

If it all happens within a server lag spike, people will most likely press 2times on the first warning, thus causing the delay to register the second ok as a confirmation to discard the item in question.

The server also tried to discard my Solmiki gloves, but luckily I paid enough attention and waited a bit after the first lag, so I actually saw the discard message popping up in the exact same spot the safety confirmation for gem insertion popped up, so I was able to avoid discarding the item.

In my opinion, this faulty system is clearly IMCs fault (no-one needs that new warning about gems popping up every single time) and causes massive item loss on the players side because they couldn’t predict what would happen.

@Umineko Thank you, for clarify the clues. That what happen to me yesterday like you said.

same to me /// IMC can check item list before rebuild update ?

now don’t know what am i do with this game

Rollback and fix it all issue General Discussion

i just install gem but i lost my asio pistol

yeah same. After I socketing my gem, my +16 is discarded too. RIP Accidentally delete weapon

ah its happening to me too, i lost my velcoffer while inserting gems

Same here man.
I socketed all my gems in my +16 primus staff and it was discarded. 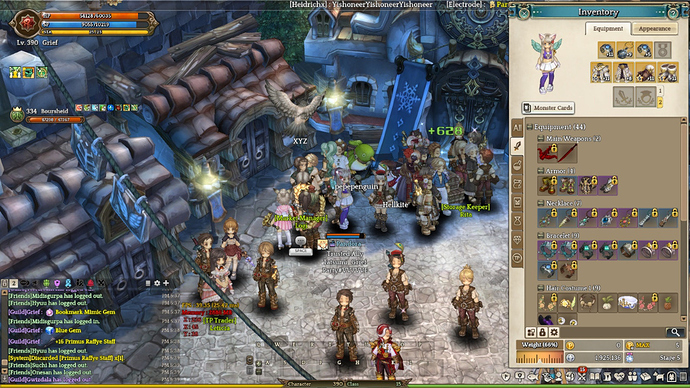 Thank you for bringing the matter to our attention guys and we are terribly sorry for the inconvenience we’ve caused. Please contact us via tickets with your

Once again, thank you for your understanding and cooperation.

@STAFF_Bob Thank you so much Staff Bob, i am crying in tear now. 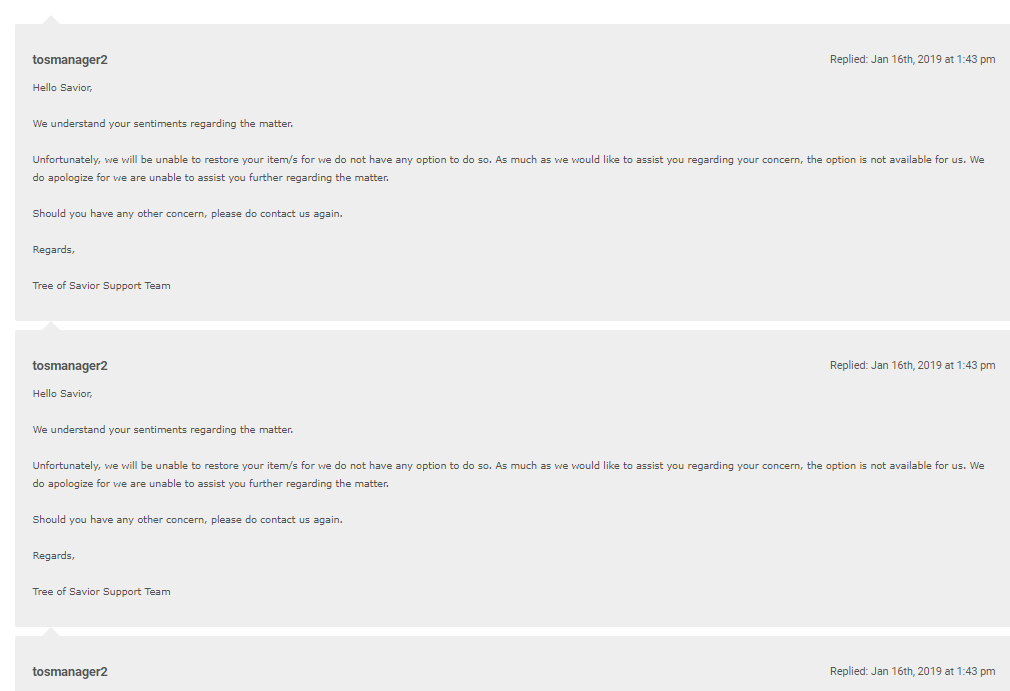 Haha don’t worry about that. It was a miscommunication between the ppl who do ticket replies and the staff. I will get to your ticket and restore the items for you if all the necessary info is in the ticket sent in