"The combat style of the Nak Muay is very different from other kinds you may know.
We attack the enemy with our hands, feet, elbows, and knees. The risk of injury is high, and it is not an easy style to learn.
No matter how strong you are, you must never underestimate your opponent.
If you do, the Nak Muay technique becomes nothing but a means for violence."

I can’t confirm it yet, but I’ll test it when I finish the unlock quest on my character.

Sorry, that was my mistake. I updated the guide with the correct instructions now.

The guide is now updated with many corrections and informations that were missing. Images from the original korean guide are now correctly linked too.

Thanks for everyone’s contributions so far!

Also, please confirm if you had to finish the medicine and the strawberry cupcake tasks in order to Asana to move to Poslinkis Forest. If that’s the case, then it’s conditioned to do the previous tasks first.

Sok Chiang
Description: Slash the enemy with your elbow. Chance of inflicting [Bleeding]. [Bleeding] chance is determined by the difference between your STR and the enemy’s HP. Can be used only when the Ram Muay buff is active.

Comment: like Te Kha, this skill is affected by your [Attack Speed]. If your STR is enough, Bleeding may be inflicted very often on your targets, which opens the possibility to use this skill in synergy with [Prison Cutter] cards to increase your rotation damage instead of spending a lot on SP pots to maintain [Glass Mole] cards effect. Since it’s a slash-type skill, its damage can be boosted by some debuffs in the game (e.g. Barbarian’s Cleave and Doppelsöedner’s Zwerchhau), but keep in mind that this is the only strike-type attack for this class.

this is the only strike-type attack for this class.

If you can, when you get Nak Muay, can you test if Concentrate is used twice for Ram Muay autos? Both the number of hits and whether the damage is applied to the two separate punch lines.

Please and Thank you.

So I think even though it’s a hidden class, I think it’s too hard to release the class, because the bright ellom bell’s drop rate is too small, extremely low, and you still have to pick up 100 of them without speaking of the medejusas that have to drop 130 and the drop rate is the same as the bright ellom bell.
I think the drop rate should be changed or the amount of items decreased in those 2 parts, in the other parts of the quest it does not need changes, although being annoying is not impossible.

Sorry about my bad english.

They should at least make those tasks cooperative instead of competitive. The Appraiser unlock quest is actually well done, because it’s a lot more bearable to do it in a party where everyone helps each other, but in Nak Muay prequest you’ll struggle with other players farming bright ellom bells and red meduja essences competing against you. Dunno why they did this, since Shinobi quest only requires normal items that you can buy from other players or farm with better characters.

I did a little update on the guide: fixed the typos and the part about the flowers for Iona. Cranto Coast had more spots than those mentioned in the original guide (thanks Eclage for telling me).

Thank you @Pokart for dedicating to creating and organizing this guide. Good Job

I heard people complaining the something is missing in the quest , is that true?

Does nak muay have more synergy with which classes? Is it pvp class or pve? 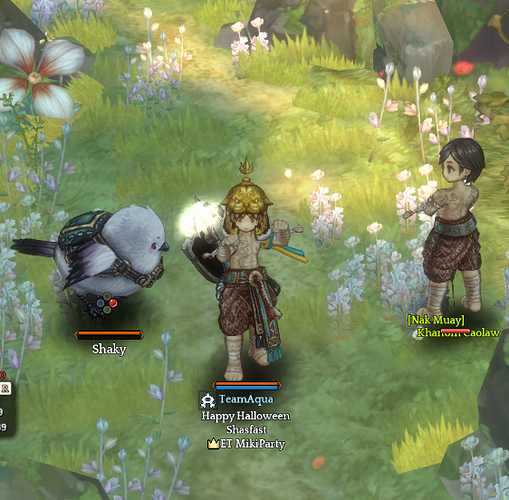 Hey guys, I seem to have a problem with one of the quests. The dandelion one wont start for me (diev master wont give me the option to start). Ive tried talking and spamming the tombstone from the front and back and still nothing. Any ideas why?

People were complaining about a bug in the Asana part, but it’s probably because you have to finish other tasks first for she to get ready to go to Poslinkis Forest. IMC said they checked the unlock quest and everything was normal… They probably didn’t try doing the Red Meduja and the Ellom part, because it’s a nightmare to finish it.

Hey guys, I seem to have a problem with one of the quests. The dandelion one wont start for me (diev master wont give me the option to start). Ive tried talking and spamming the tombstone from the front and back and still nothing. Any ideas why?

When you talk to the Diev Master, is there an option to ask him if he can make a house sculpture? He’ll just say you have to bring him something from the spirit’s homeland, then you can go to Inner Enceinte District to start collecting Dandelions. While farming, I got 2~3 Dandelion Spores each 10min and finished this part in 2~2.5 hours. You can do it even faster if you have a fast character or use finished quests to warp around the map to move fast.

Ok, scrap that ive collected all the dandelion and he still doesnt give me an option here. Instead of giving me the house i just get the shop

I finally got mine today!! thank you so much for the guide! <3 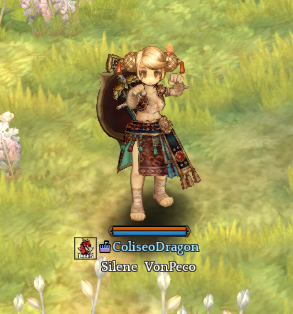 You’re welcome! That hairstyle fits well the style, your character is great!

My hats off to the sadist who dreamt up this nightmare. Any one of these challenges are as bad or worse than the other hidden class quests and there are 5 of them.

For farming Ellom, they seem to be mostly in the top section so I am just staying up here and channel surfing. Seems to be faster than clearing the entire map. Got 13 in my first 30 mins. Should be done in 3-4 hours. Hope you are happy you sick son of a bitch.

I knew I wasn’t the only one who thinks that way! Sadist indeed.

I wonder nak muay stance synergy with barbarian frenzy ? Like the stance suppose to be like double punch and frenzy stack twice as faster?