We have made an announcement regarding ‘Upcoming: New Season Server! Pre-Register and Get Rewards!’.

why can’t you let us join with our already made account and instead force us to make a new one again and again?

Yep, quite pointless outside for people funneling their main accounts.

seasonal server for seasonal player. This is not wise imc i knew…

I am amazed really wew

Hey IMC, I don’t think it will be fun to invite our friends to play this game.

Once they get merged into our main server and see all those bots…well…
Oh wait, they will bot on the new server too.

IMC is hopeless, really. You don’t have enough whale to make the servers survive? Create another server is cruel for “new” people, because when people realise it’s the chaos one the main server, they quit. it’s mainly for old players, even if the funneling is not allowed, you know they all do that.

This game is not popular and it’s your entire fault, because you have gold in hands and you doing wrong way each time. at some point we would have to take a step back and say: “ah yeah I think we’re wrong all along the line”

It seems Imc steam decided to forsake the old server again and make it a cycle. The very short term profit made in seasonal servers will just kill playerbase from old server (small populated one).

T.T Why…? Why…?
Why are you guys making my favorit game collapsing like this ? Seriously… I usually never post on those kind of things… But, really, what going on in your head IMC

? Can’t you see that Fedimian is actually dying… That every pay to win packages ruined the balance of the game before, and some people payed a lot for that, and now they have to started all over with lower chance to achieve anything…? Keeping the feeling being scammed! Even people playing for years and actually loving this game so much have already left, and other leave it right now… And you’re thinking about a new merge? As the people who merged first time also left the game.
Just… WTF is this. And it makes me feel so sad. It would have been so much a better game… I can’t even ask some friends to come in because it’s just so cancer to help new comers right now

@STAFF_Yuri @staff If you do not intend to uphold the rules of your game and then actively encourage people to break the rules with things like this, why do you expect legitimate players to continue playing your game and support you?

All the last growth server did was cause people to exploit and funnel goods to their main account from several alt accounts. There were probably fewer than 50 legitimate new players on the growth server, all the rest were just alt accounts–many with multiple alt accounts. This gave people a disgustingly large advantage over the others on Klaipeda.

No one is happy with this decision. It doesn’t even benefit new players that much because they won’t be able to fumble through the game as new players without actual help, and no one wants their friends to be on a different server while they’re learning the game. It’s an absolute garbage cashgrab on your part and everyone who took part before knew how scammy the wheel rates were.

You have to put an end to this. Either enforce your rules, stop people from funnelling, or don’t add a growth server altogether. It’s completely unneeded.

What does this mean? I can delete my team if i’m on a “low growth” server (a.k.a. regular server) or my team need to have a low growth (number shown when press f4), if the later, what is considered a low growth?

So funneling is legal now? You clearly are just encouraging everyone to continually make alt accounts and funnel items to their main through events.

What does this mean?

It just means that if you’re a new player and just started on the regular server you may as well delete your team and recreate one on the new server, since you will get more benefits on the new server.

Looking at the benefits, it seems that they’re less important than last time. For a new player, it will be easier to get ichors and insert them into +11 t10 Varna. Otherwise it’s just convenience. 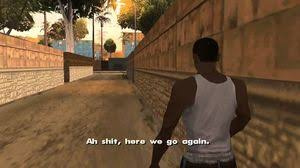