Velcoffer Raid is an obsolete raid, as earth Tower, et was modified kazillion times already but velco is untouched, that last gimmick part is annoying af, since the party members have to lure the flying mobs towards a statue, and everybody knows how clunky is the luring mechanics in this game, only DoT skills work properly in that part, its really boring, could you please rework Velcoffer Raid and remove gimmicks or change it just like you did to ET? @GM_Francis @STAFF_Yuri @crevox 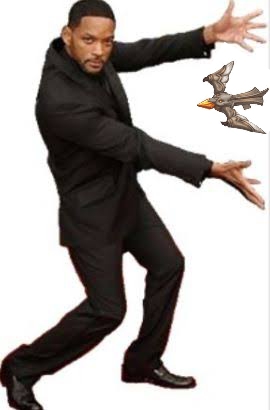 Honestly I’m not sure why the devs didn’t remove the awful agro on them day 1. Literally all it would have needed for that gimmick, and such an easy fix to make. It would’ve been infinitely less annoying and tedious…

They fixed the Bone Pointing+Twist of Fate statue cheesing method

Ever since then, velco has been quite the slog for me

They fixed the Bone Pointing+Twist of Fate statue cheesing method

You can still do this with Bone Necklace. It doesn’t reduce 100% healing anymore, but it still reduces 80% which is fine for Twist of Fate.

I know, but it doesn’t change the fact running velco became even slower

If the Velcoffer soul fragments could be exchanged for content point shop points or the kingdom rebuild part to earn you extra points towards that 500 point weekly cap the current Velcoffer would be fine, but right now the raid does nothing aside giving a few attribute points or mystic tome pages.

Even on the chance you receive a costume or the card, they are useless (10% less damage from velcoffer raid is a useless bonus, and the Velcoffer card that only reduces damage from normal monsters is no longer needed with 440 savinose set for free that has innate 50% reduction, it’s by this point just a free legendary fodder card) for all contents.

Yes imc need something to make interest people do the raid, maybe can change the reward into something, like 50 or maybe 100 fragment trade with velco costume or card legend,

This week on kToS, they added the possibility to trade Velco/ET/Skia/Lepi normal reward into content points.

Can I ask what is the rate of exchange for those ? 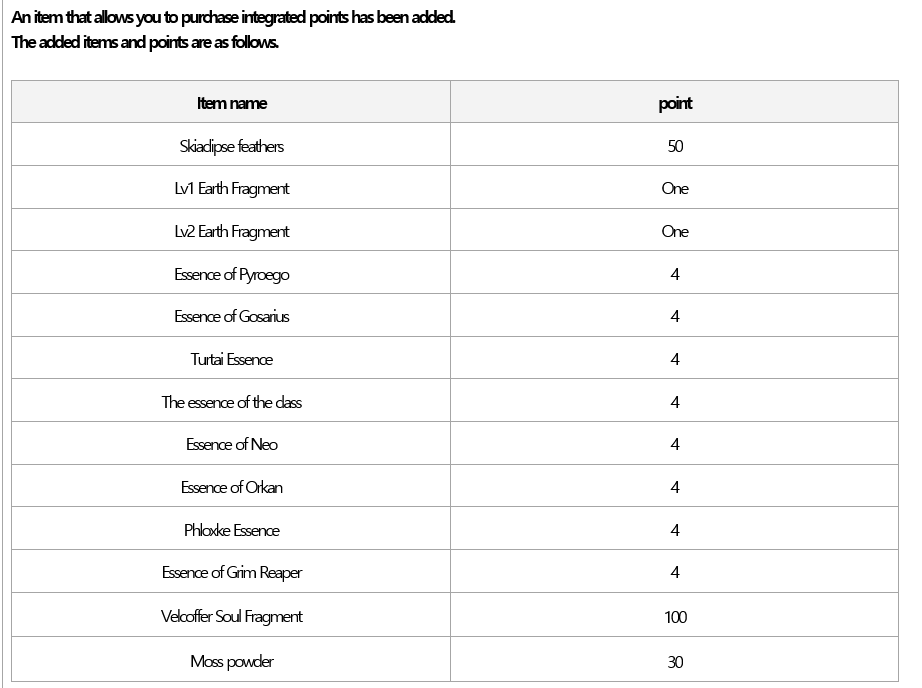 Very nice. I hope this comes quickly to iToS.

Even on the chance you receive a costume

I don’t understand why won’t they give us the option to scale the raid difficulty with new reward table (arch frag, assister cards, bgs…) so people can still do speedruns or complete the raid for the challenge of it.
With every new content release, ToS is getting more and more “chores” do add to the list… Even if it’s obsolete content ou should either have fun while doing it, or get some shiny rewards as motivation. IMO content points are not that motivational

it’s sad, they changed the amount of content points you get for velcoffer fragments from 100 to just 20 when they brought the patch to the main server.
20 points means just 140 points per week of doing Velcoffer, which is like nothing at all.

700 points looks a lot more fair since content points are so limited anyway and would’ve enticed more players to do old content but once again it’s down to a meager reward.

The only material that’s actually worth more points after the patch is the moth powder (35 points), so yeah, IMC once again showed the red card to old contents and instead wants people to focus more on the newer old contents instead.

In my opinion,the unique raids are as dead as the old legendary ones because they do not drop anything that is required for endgame purposes. The only item that has endgame value is the thaw set, and only for normal/hard white witch forest, they rest is outclasses by goddess/demon stuff and vaivora equipment. You even get legend cards at a significantly higher rate from the weekly boss raid cubes, making raids dead content outside of events that send you into old dungeons for the sake of collecting coins/whatever the event staple is.

I don’t think getting more content points per week would be an equal exchange in any way, but at least it would be some sort of reward to get 700 content points for that 10 minutes you spend on the stupid mechanics in velcoffer. 140 points is just a big middle finger to the players, they could as well delete that crap and get over with it, or make it a regular dungeon with a boss that spawns every hour or so so you can farm the costume/the card if you’re interested.

returnee here, trying to play for a month to decide whether I continue to be a masochist or drop the game forever.

last gimmick of Velcoffer Raid (birb statue) is easily done (even without Skiaclipse Xbow) if you killed all Rytasworts (that plant thingy). the aggro system on that particular area of gimmick is whenever the birbs succeeded hitting you (block included), you will lose the threat of them (the ones hitting you).

this could be done as well with auto aggro quest bug (that bug IMC tried to fix).

Not true, once you reach the stairs, even if you have succesfully lured 'em with peltasta skill (forgot the name) or any other crowd control skill Without been hit, mobs Will imediately return to their original spots, and you’ll need to use another skill to keep them following you near the statue, that said, players found out that Poison ticks skills are far better to lure them compared to other skills, the reason why I can’t Tell, but plague and wugu are way better in that part than peltasta. And If you don’t see a problem there, ok, but I do, and that’s the point of this thread, you’re not helping at all.

If youre talking about boredom, you probably play the game too often, it burnt you out. For me Velcoffer gimmick was better because you are forced to do something rather than blunt your way out like how you did with Skiaclipse weeklies. Too lazy to do gimmick? Bring out your QS and Skiaclipse Xbow (no need to ichor it out).

ET was reworked because it gave “too” much gimmick and the run costed 15+ min, rather than Velcoffer that lasted around 10 min if you did the last gimmick even in proper way (Matador/Peltasta pull, DoT pull with bleed/poison).

Did I say boredom? Where? Please don’t come here to flame my thread, thread was meant to suggest a rework, I’m not asking for a tutorial Guide on How to clear Velcoffer Raid… geez… @Staff @GM_Francis you could at least reduce the statue HP, so would only take 4 mobs killed to Destroy It, each mob dealing 25% damage to it OR everytime a flying mob is killed it drops a cursed shard or something like that, the players gather those and bring it to the statue to interact with it, I don’t know just make it simple.

Seeing how you keep tagging staff along because you dislike certain gimmick proved that you are denying everything that you seem not fit your likes.

You want a rework? Start from reusable rewards instead. ET rewards (Lolopanther/Solmiki) should have been an evolving equipment to begin with, like Drakonas, Karaline, Luciferie. Instead they even erased Goddess Zemyna existence away.

It should be same as well for Velcoffer reward. Make it become worthy raid by actually design how evolving legend equipment should be. It’s okay to add up more Legend raids (Skiaclipse, Glacia), but they might need to make those equipment different from the other raids. Dysnai & Legenda already gave the idea of it by differentiate how raid equipment & field equipment work. I would be so happy seeing more diversity in the armor equipment (not only Leather, Cloth, Plate diversity).

If you want to blame the gimmick, you should have been complaining how bugged Skia burst is and how ominous Moringponia gimmicks are.