Patch launcher closes but no game

I execute the game from steam and then i get this screen
http://imgur.com/EoxEUNa
goes through it but apparently stays at 0% at final frame.

But when the launcher is gone but no game screen. The Client_tos.exe keeps running. I tried letting it run for 10 minutes but no dice.

Added to exceptions in firewall (windows) and antivirus (AVG free) no luck. Also tried the XML file replacement no dice either.

It’s not AVG free being a ■■■■ as my laptop runs ToS just fine with it running.

Also tried a full replacement of files (from laptop to desktop) but the same thing happens. Launcher starts, goes away and nothing happens while Client_tos.exe keeps running in taskmanager.

Could you perhaps give more details on when you initially downloaded the files?
There have been a few patches and you may wish to try a clean install or validating local files. You may also wish to check this announcement just in case there is anything there that might help.
Please let me know if the problem persists after trying a few of those methods.

same ploblem here, but when the loader aparently finisht a “client_tos.exe stop working” error pop up. every time i try to verify the integrity of game cache. steam re-dowload 12 files. and this repeat.

I have this same problem since the server release, i reinstalled the game twice, reinstalled directX, VGA drivers and tried all the things that is over the forum but nothing happens

What I see is every time i “verify integrity of game cache” the steam found 13 files that failed to validate.
I opened the launcher again and tracked over all ToS folders to find those files, i found it on “Steam\SteamApps\common\TreeOfSavior\release”
When the launcher is updating some pak files shows up on the folder with 0 KB for a brief moment and disappears.

I missed two files because it shows up and disappears really fast.
After this the launcher closes and the Client_tos keep running on second plan but never shows on screen so i close it on task manager and do the verify thing all over again, all day…

Had the same problem too

@Skazy Have you tried replacing the XML files we are providing on the ‘Known Issues’ announcement by any chance?

@STAFF_Ethan I am having the same issue as everyone else in this thread, except that my launcher seems to briefly sit on 100% for both the individual file progress and overall game progress and says “-SERVICE” in between the two values. I made a post about this and provided a couple screenshots if you would like to see them:

Hello, I have been unable to get beyond the launcher. After Verifying the Integrity of Game Cache files probably well over twenty times and reinstalling the game three times, I just can’t seem to get past the launcher. The following image shows what the issue looks like, after having started the Launcher: [image] If anyone has any ideas as to how to remedy this issue, it would be greatly appreciated. Thanks in advance. Edit: I forgot to mention that after it shows that, it simply closes. …

I’ve tried everything Skazy has mentioned and what you have suggested by replacing the XML files and have not gotten any closer to actually launching the game since the initial release this morning.

I’m having the same issue. Incredibly frustrating after buying a pack and watching my friends go on without me.

After downloading some dozen patch files, it reaches “Arranging Files” and immediately freezes before closing.

The only other topic on the forum about this suggests reinstalling DirectX but that didn’t work.

Ok. I got in the game now

hope this work for you guys tho

@Skazy Thanks for the suggestion, but sadly it didn’t do the trick for me. 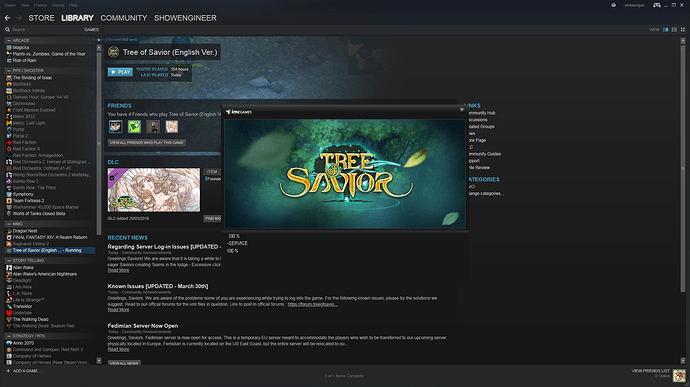 Maybe the game thinks I don’t have an exclusive access pack or I’m in an unserviceable region, but that shouldn’t be the case as I’m in Canada and the image above shows that I have at least 1 exclusive access purchased.
It’s quite unfortunate that I’m unable to even launch the game, so if anyone comes across a solution it would be greatly appreciated.
@STAFF_Ethan

Also from Canada, having the same problem. It really bugs me because my buddy is able to play without any problems.

This didn’t do anything unfortunately.

No matter what it freezes at file arrangement, goes to 0%, and closes. Verifying integrity will always find those same files again and prompt redownloading them in the launcher before freezing at Arranging Files.

I had to problem a week ago. Patcher would work fine but then stop responding and then close. The solution was provided in the thread that was entitled “tree of savior wont open” or “help game wont start” something along those lines.
hope this helps!

I just managed to get Tree of Savior to work.

A big thanks to @random78998 for suggesting looking for that old thread, which is titled [SOLUTIONS] For Launcher Bugs/Problems (For future reference):

First off if this is in the wrong section sorry, please move it if you must. So CBT1 is over and many of us seemingly had trouble mainly with the launcher. So I thought I could help out the future testers and even those that weren't able to test due to never figuring out how to fix there launcher issues with this thread. If I forget to mention anything or if you have an easier/quicker solution go ahead and post that below and I'll edit this post. BEFORE EVEN LOOKING AT SOLUTIONS: Please do …

Somewhat odd however, that it was my anti-virus that stopped the game. I never had this issue during iCBT2.

Hopefully this is the main issue and anyone who has had this issue, if putting the game in your exception list fixes it, please confirm it here.

I’m glad it worked out for you at least.

Alas adding exceptions through both Windows Firewall and antivirus didn’t change anything for me either. 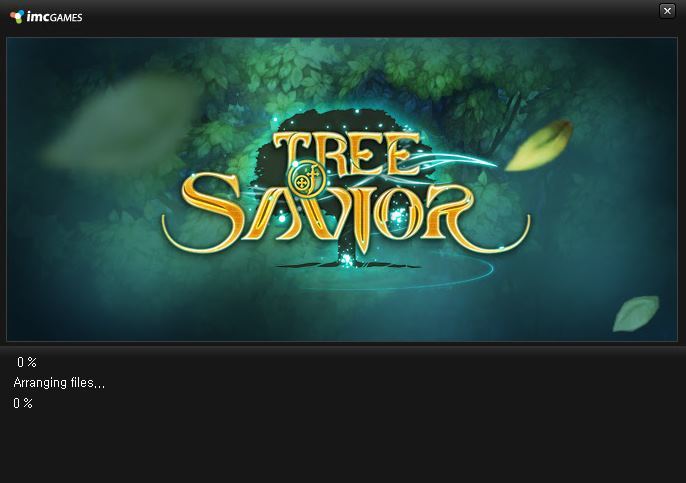 @random78998 [HELP] Tree of Savior do not open!
This?
I’m about desperate enough to try that solution, but I’m really hesitant to jump on a custom .dll package from a Portuguese youtube video.

i have the exact same issue here and i cant quite find any solution , i bought the 50$ pack and i cant even log in to use it is just so sad