I had the exact same thoughts on this. Game progression is entirely dependent on having enough stats, and no skill. The only feasible way to progress through the game is by having enough bulk to survive against homing attacks, and then also having enough damage/CC to deal with the mobs before they deal too much damage to you. I invested about 25% of my status points into CON on my Wizard, and that brought me to about 12.5k HP at level 200. As a character with pretty much no evasion, this felt like the bare minimum I needed to survive in the current endgame content.

I’ve played around with a Swordsman just to see how things feel on a bulky character. High dexterity in a lot of Swordsman builds makes them multiple times tankier than a Wizard due to evasion. Swordsman has a much easier time when it comes to dealing with one of these mobs at a time. Thanks to their high natural bulk, it’s possible to just facetank the homing missles and kill the mob before it becomes an issue. However, as soon as there are multiple mobs with homing missiles, Swordsman starts to experience the same problems as other classes because they can’t deal with them fast enough.

I also had an experience where I got 1 shot by a level 31 Spion Archer that did over 1.2k damage to me, but that’s only because it uses Multi-shot/Spiral Arrow. It’s possible to deal with Spion Archers just by being high enough level to avoid taking extra damage due to level difference. This happened to me with a 9 level difference. It hit me 5-6 times with 200+ damage each hit. As soon as I gained a few levels, it suddenly started hitting 50’s.

Currently, almost every ranged/magic mob uses homing attacks, and the only way to deal with it is to bulk up your character. Although this frustrates me as it is, nothing is going to change, so it’s probably best to just plan around this fact.

are there many of that sort around, can you just avoid them.

Very constructive reply there. Most likely you either didn’t play kOBT and is assuming things are still the same.

Anyways,[quote=“Waterfighter, post:68, topic:125582”]
I also had an experience where I got 1 shot by a level 31 Spion Archer that did over 1.2k damage to me, but that’s only because it uses Multi-shot/Spiral Arrow.
[/quote]
This guy also experienced the same thing. While as for me, what I experienced was a Spion Archer bringing my 900 HP down to 100 HP.

Most of my guildmates/friends who played kOBT shares the same sentiment so before you create some stupid replies @Setsuko make sure you don’t make a fool out of yourself instead.

This happened to me with a 9 level difference. It hit me 5-6 times with 200+ damage each hit. As soon as I gained a few levels, it suddenly started hitting 50’s.

Maybe they have high crit rate or something, and when you level up they don’t crit you anymore

As for the one-shotting Spion Archers, you will encounter them no matter what if you wanted to do quests WHICH you will definitely do because of how slow it is to level from grinding. Same thing with the Pawndel Archers at Tenet Chapel. Those ranged mage mobs from the counterpart of Tenet Chapel needs a special mention because of their VERY high density and you need to deal with them since trying to get past them will just lure alot and will kill you due to their homing attacks.

1)Level Penalty
“When you’re more than 5 levels below an enemy, a penalty will start increasing the defense of the enemy you hit by 10% per level. Because a monster wont know if you’re lower level until you actually hit it, any defense debuffs it is suffering from are subtracted from its base defense and not the increased defense from the penalty. At 5 levels below a monster, the penalty is 10%. It goes up by 10% by every level after that, so at 6 levels it’s 20%, at 7 levels it’s 30%, and so on.” -EternalDream

Source: [Damage Guide] The big formula, modifier types, and how they interact!

That’s the more probable reason. In other words, those extra levels helped reduce lvl penalty that was being incurred onto him. The nine level difference is around 50% more damage incurred the level difference penalty (ignoring all the other modifiers that could increase that damage). It also explains why there was a damage fall out simply by gaining couple of levels. Simply reducing the lvl difference down to only 4 is enough to erase the level penalty from the damage formula.

Okay. I’m not sure anymore about what Waterfighter is referring to, if it was iCBT2 then it might be just because of level cap. For me and my guildmates/friends case, we keep our levels the same as the map’s level so there won’t be any penalty issues yet we still experienced almost getting one shotted by Spion Archers.

It just means you will have to rely on your party more than ever. Glad to hear they made it like this 10/10 good improvement.

It happened in KOBT. They still hit pretty hard when I was the same level as them, but nowhere near as hard as they were hitting me when I was 9 levels below them.

Is this ‘rely on your party more’?

Later on when people have things like defense buffs, and more than 50% maxhp/20 seconds of healing sure, but at level 40? That is just starting your third circle, you don’t have anything fancy and party oriented at that point. Nothing to keep you alive at any rate.

What is there, Aukuras? Safety zone?

Archers might be the best class just because Multishot can actually kill the deadly stuff before it kills you.

Refer to the level penalty part that i posted earlier like 20 mins before yours.

They were only hitting me for 40 damage per hit but it still somehow adds up to 800.

Later on when people have things like defense buffs, and more than 50% maxhp/20 seconds of healing sure, but at level 40? That is just starting your third circle, you don’t have anything fancy and party oriented at that point. Nothing to keep you alive at any rate.

What is there, Aukuras? Safety zone?
[/quote]This is another thing as well. I think one of the biggest problem is people only saying the game is too easy but not suggesting how to improve the game’s difficulty. IMC as well is clueless how to increase the difficulty which is wierd even though there’s Kim Hakkyu who has solid experience when it comes to directing MMOs.

if you want a game where monster can deal 90% of the player’s HP in one hit, gtfo and go play dark soul plz, dont bring your bullshjt crap fantasy here. Not like your fantasy is gonna happen tho.

Yeah, how do you make the game harder, in a way that doesn’t punish high latency players and is easy to implement?

Imc seems to have chosen #1

if you want a game where monster can deal 90% of the player’s HP in one hit, gtfo and go play dark soul plz, dont bring your bullshjt crap fantasy here. Not like your fantasy is gonna happen tho.

Given that Dream is against the current changes, I don’t think you thought about your post enough.

I would of preferred #3.

seens like i - who like to play solo - will be punished again =( and i thought that market/trade changes were bad enough =,(

Stop being retarded and try to understand my post first. I am AGAINST the changes. I did not want IMC to make the game difficult by making mobs deal 90% of your HP in just one skill.

If you can’t understand english well then STOP posting.

Could you please post a screenshot or a short vid. I’ve played iCBT2 but didn’t try kTest. Just wanted to see how it’s going 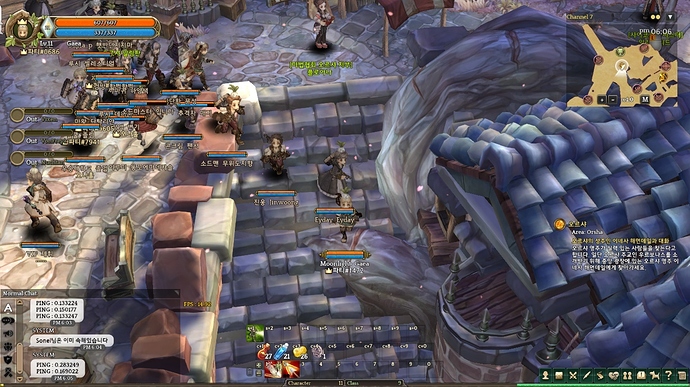 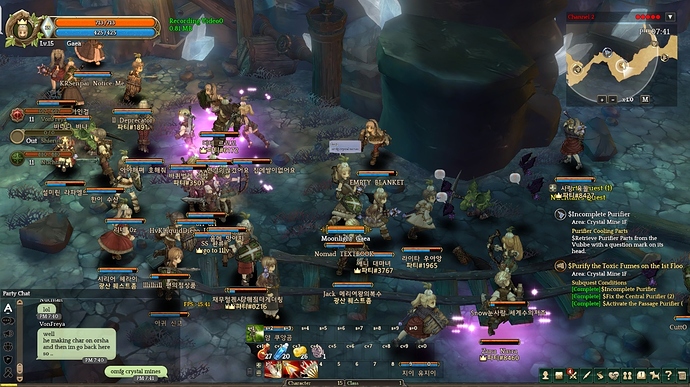 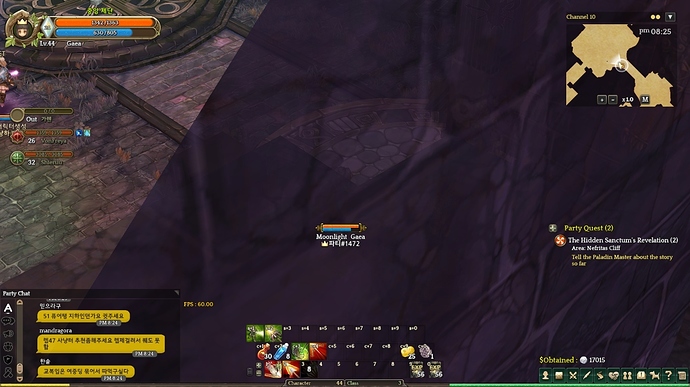 Extreme zerg rush while extremely low spawn rates on most areas. While Orsha’s side has too much spawn especially the Prison area where the mob density is comparable to Demon Prison. Boss are wonky, sometimes they don’t attack at all until they die. Your view is blocked my most terrains/structures. Glitches, lots of glitches. You can train attributes 2-3 at a time with some exploit. And a whole lot more disappointing stuff/changes.

the problem is that they always hit, not that they do a lot of damage.? right. like bosses you have to avoid them. having one able to kill you in 2 hits seems a good way to improve difficulty -maybe 3 or more hits in lower difficulty maps.