Discussion of: Announcement - Details on the Founder's Server and Regional Servers

You can read it here: https://treeofsavior.com/news/?n=298 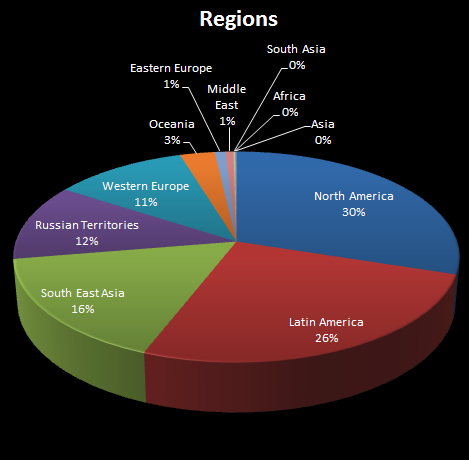 Your announcement has a bit of controversy in it.
By your own data… about 30% of your community has better pings towards EU than it has to america (and that only by the raw sales data, it does not account for f2p), so im kinda unsure how much more “support” you want before agreeing to an EU server.
If i want to be painfully honest it seems to me that the company decided that there will be no other servers. Ever. They just did not have the balls to state this outright because of fear of backlash.
Thats just my opinion, i could be totally wrong on that note, but honestly: How much more support do you want if 30% does not justify having a server which is closer to half of the community? 50? 60? 100? 101?

I mean honestly, nobody asked for oceania servers, but something closer to a… pretty damn big chunk of your paying customers would had been appreciated.
But well… we will see how this turns out. If pings will be an issue (and by the looks of it:

they will be, since if the video is correct even 200ms can and will cause huge dps differences) then you might have just killed off roughly 20-50% of your playerbase because you could not be asked to open a single EU server.
Lets hope that im wrong and everything will turn out for the better, but seriously guys… your statement is really… problematic.

The free transfer to any future servers however is appreciated, and im really hoping that having only NA servers will not ruin the game for us… you know, the other half of your playerbase.

Why you make a whole new topic?
Just discuss in that topic tho…

Not going to argue, but i want to underline that even by sales data (which does not account for f2p players) 46% of your community is closer to the EU than it is to America…

Well… this is actually right

And some people said about us from S.A being out of money… So take it in your face!

Just remembering the team transfer is going to take a delay of 3 weeks, to use in new f2p servers.

Tree of Savior (English Ver.) :: Current Plans Regarding the Transition to F2P

Greetings, Saviors! We would like to offer more details on what we have planned for the transition to F2P on the 28th of April, 2016. There is much more than meets the eye, so please read the notice carefully to make sure you do not miss out on...

And some people said about us from S.A being out of money… So take it in your face!

I mean…you guys didn’t pay at U.S prices it was adjusted.

Why you make a whole new topic?Just discuss in that topic tho…

Because the announcement… had no comments below it…?

Could you link please? Maybe comments are unavailable through the announcement page itself.

Not because we do not pay the price of the dollar that many of us would not be willing to pay the real value , many of my friends put the R$180 ($ 50) to buy the founder …
Remembering that alot of brazilians are waiting for Regional server.(Founders pack aren’t usable on then and maybe team transfer too)

Details on the Founder's Server and Regional Servers Announcements

Greetings, Saviors! We wanted to give you more details on the Founder's Servers and make an announcement on the current status of regional servers. [Founder's Server Details] Open : 2 a.m. EDT on the 29th of March, 2016 We have been able to get rough estimates of how many players will access the game during the Early Access period thanks to the sales data. Through our past experience, we’ve discovered what we call an optimal player-per-server ratio to allow pleasant gameplay. After l…

Greetings, Saviors! We would like to offer more details on what we have planned for the transition to F2P on the 28th of April, 2016. There is much more than meets the eye, so please read the notice carefully to make sure you do not miss out on anything important. [Founder’s Server : Exclusive Access - Discount Sale] The Founder’s Server : Exclusive Access products will be offered at 30% off the original price from the 21st of April until they are taken down from Steam stores on the 27th…

Yeah, seems comments/forum is not accessible through the announcement page itself.
Welp…

Stop arguing dude, they just don’t get that it doesn’t matter that the prices were adjusted, it’s the same amount of money.

Their currency worths 380% more than ours and we got a 49% reduction and yet they claim we paid “less” which would only be true if we got paid in USD not BRL.

Just drop it, they’ll never get it.

Discussed this in the original thread. Some sites state the opposite, ppl located there state that its correct. I will go ahead and trust them on it and so the 44% drops to about 28-30.
The question remains tho: What percentages do we need for them to invest in an eu server? Especially considering that this data shows only founder pack sales and not the entire f2p population.