I’ve seen many asking different things about the Search party feature but they’re scattered through this sub forum. So for IMC staff, I will try to compile them here.

1) Search for party : better match making add roles
Many time dungeons or missions can become a pain in the ass because your party composition sucks. So here’s the thing, player will choose himself the role he wants to play so the game won’t have to determine itself and just try to match up players. 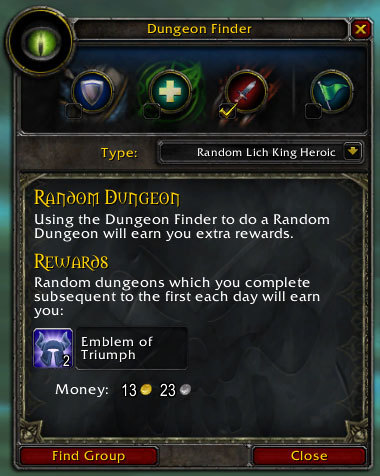 The con of this, dps will have to wait longer to find a party but at least when they will find one it will be balanced.

2) Search party: queueu pre-made group together
Many time, when I play with a friend and we queueu together we don’t enter the same mission/dungeon.

The con is that abuse can happen from group of friends punishing wrongly a stranger that entered the search party with them. But not be able punish the Afkers and rushers is also bad.

I like this stuff, especially on choosing roles in a mission or dungeon raids.

More details if you may, we wanna know more.

I hate it, when I que up with 1/2 friends and we get seperated. I know, we COULD invite people and go in with a premade…
But WHY gimp our exp?! I dont know why premades get less exp… Just because I have friends i get punished…
So yeah, que with a premade-Party to fill in the open spots would be great!!

Vote kick is a nice idea,too. But I am afraid together with number 2) it could lead to abuse…
It needs some real strict rules applied to prevent this. (Like 4/5 must vote for kick and you cant kick the only random matched person)

Roles… well I dont know… Sometimes I would not know what I am… A healer, a DPS, or a support… ???
And ques are already long in enough (outside peak hours)
And it is not SOOOOOO bad. Up to now I managed to get every run (but1) done from premade.

There’s nothing really special about it, player can choose between: DPS, healer and tank. Then the system will try to put 1 tank and 1 healer at least in each party.

If the time is too long for the queueu, some games forget about that requirement and just match up randomly people after sometime.

How the system deal with Tank and Healer role ?
Usualy, healer and tank rôle are only available for people who have choosen a build/skill tree that contain tank or healer spells.

This become a bit tricky for ToS since it has many classes but we can restrict tank role to people who have peltast 1 as requirement.

For healer role, anyone who is cleric class can fit that rôle.

Ofc, adapting the system will be required after players tested it.

So I’m stuck to always do those role ? What if I want to be a dps instead ?
You can do that too: choose a second choice to be.

@Ruki-pie
Yes, the vote kick system will depend on the majority.
Some games allows also to report the person by choosing a reason so Gms can deal with that person if she repeats the same offence many time.

I kind of enjoy playing with mismatched imperfect parties because there’s a challenge and you get to learn more about other classes, their builds and play styles. Having no healer sucks, but it’s not impossible. Players can play learn to play more carefully instead of relying on heals to save them. Limiting a search party to having dps, healer, tank and support and one OTHER guy seems boring to me. I’ve completed successful runs up until now so I think the party search is working alright.

However, I do agree that there should be a way to enter in with your premade party with friends to play with. It’s nice to play with someone you know and trust.

With queue times as long as they are now, being more selective and willing to wait in queue for longer just to complete the run seems more of a burden on the system as already.

I would like to see the option of a kick button, providing that the majority agree to it. People shouldn’t have to put up with leechers and boss rushers. There should probably also be a reason list to check off as to why you want to kick that person out, to get data and reports for the game staff. If that person accumulates too many offenses, there could be a dungeon ban for a week or whatever. [ what bloodychaos17 mentioned]

The option of cancelling a run, without using up a run, due to lack of players is something I would like to see. Of course, there would be severe limits on it being a must cancel within the first 10 minutes or less of entering a dungeon or mission. Again, a reason menu should also be given so that IMC can see how many people are having problems with current dungeon matching or other errors, like accidentally entering without a party…

I’ve been in dungeon/missions with a party of less than 4, an incomplete party for odd reasons, and I think players know their odds up against a boss with less fighting power… There was one time on a mission run where I was in a party of 3 (~Level 120). Archer, Cleric, and Cyro3 (me). Archer left shortly dying to the first Golem boss. The cleric and I didn’t want to waste our run so we continued fighting. Took damn long, but we did make it to the Crazy Woodspirit before the dungeon timer kicked us out. I think it had about 70% health left…or another 15 mins. Had we had the option to cancel the run, we probably wouldn’t have had to struggle for an hour.

I think we should also add the option (if one day the vote kick system is implemented) that a new member can join an on going party.

Another idea will be to remove the window of Queueu and put it as an icon under the minimap, so the player won’t be “stuck” while while waiting.

I will update the list when we will have more feedbacks.

@TeamChespin
It depends of your luck but some parties weren’t able to finish their dungeons.
BUT, I don’t disagree with you.
That’s why the game should randomly matchup people after 10 mins of waiting. I saw some mmos doing that if the LFG is unable to find tank and healer.
OR
To reduce the requirement for a balanced party, we can limit it to a healer (since cleric class is popular) system included tank only as a “bonus”.

If IMC pick the choice to only have a healer, they won’t have to create a new window for roles since the system will have to only check if there’re clerics that have queueued. Then dispateched them if possible through multiple different parties.

System will forget that requirement if after 10 mins there isn’t enough people and will randomly match players. Though, I hope in the futur parties cross servers will be enabled to shorten the queueu time.

Heroes of the Storm does have that system: http://eu.battle.net/fr/int?r=heroes

Here’s another example, why we should’ve a vote to kick system (to have at least 3 or 4 votes): Refusing to help in Siaulai Mission

Party System:
The current party queue system is very flawed and while I’m sure it’s trying it’s best I do think improvements could be made. I would like some way my current online party could queue as a group because while we get in the same mission/dungeon 75% there still a small chance we are in separate groups which can be less fun for friends.

I’m not sure how the current system works but if it would try to add at least one type of each base class (swordsman, archer, cleric, wizard) it wouldn’t be as bad. The only thing would maybe cause problems if it would be also trying to pair party queues.

Voting System:
A voting system can be good or bad depending on how people use it and while yes it could remove such negative rude people they also can simply be blocked from talking to you if you don’t want to hear them. The same however can’t be said about people such in the post above which refuses to help out in any form in a dungeon/mission.

Replacing Person:
If a kicked system was set in place then another problem is you’ll be down at least one party member and this also can be the case even if a player has to leave or decides they just don’t want to play with the party composition.

The major problem is many people can only run the missions/dungeons so many times a day and if they are joining a party which already has half the dungeon/mission finished they can lose on a lot of exp or even items.

beautiful thing is that, IMC team listens to its players.

Yeah, with the limited number of run per day, I wonder if IMC should give a “free” run to the person who join an on going party.

On World of Warcraft when a person is kicked (or rage quit) just once a dungeon they apply a debuff for X hours, so the person won’t be able to join any new party.

So IMC won’t have to handle manualy all the reports of bad behaviors in dungeons if they follow Blizzard example.

It would be nice to have a dungeon search button like wow, the role system could be implemented later to give them some time, of course you can fall in a party with 3 clerics/priests but at least no one will die

This is another problematic behavior beside Afkers, people who rush boss when they queueu in search party system: https://www.reddit.com/r/treeofsavior/comments/4lodob/stop_queuing_to_rush_dungeons/

Well, there are many complications.
Let’s say I’m a support wiz, do I queue as dps?
Let’s say I’m a monk, do I queue as a dps or healer or tank?
and so on…
Plus the long queue times.
Duo-q would however be a nice addition, tho I suspect everyone would just get a cleric to duo with.
Regarding kicking someone, it’s abusable. But I guess it’s better than having to put up with leechers.
But no to getting replacement considering daily limits for dungeons.

Monk can heal even if they just have cleric 1.
For support Wiz… should we add a new role ? XD

But I think the simpliest solution will maybe that the game will automaticly add a healer (if it can, otherwise by pass it after 10 mins). Any class that has began their life as cleric all does have heal lvl 1. So, IMC won’t have to deal with role system. It works for Moba…

Queueu time could be “resolved” (a bit?) with cross server search parties.

Another report from other community about Afkers in dungeon, so we really need a vote kick system: https://www.reddit.com/r/treeofsavior/comments/4mh5ho/people_afking_in_missiondungeon/

Yes, there’s con to this sytem but at the moment it will help more that do us damage, imo.