Why some people kicked out from the Telsiai and Varena and can't relog in but can log in to other servers?

BOT report system should be reworked.

BAN first then appeal and unban is very unfair. (even with compensation)

Many players effected from your broken BOT report system. Any solutions?

"Thank you for contacting us.

You are receiving the message because your account has been locked due to suspicious activity within the game."

Submitted a ticket, email sent. This game is makes most legit players want to not pay anymore.

Upon further investigation on your account, you are receiving the message
because your account has been locked due to suspicious activity within the
game. If you feel that this decision is unjust and wish to ask for a
re-evaluation of your activity in the logs please submit an email to
tossupport@imc.co.kr. Upon receiving an appeal, we will conduct a intensive
examination of your logs and unlock your account if it is clear of any violation.
Please provide the following details:

We hope for your understanding and patience.

… my name’s not even on the list of banned players.

I want to know how long the process will take.

Asked them by ticket but no answer.

I am experiencing the same thing at the moment too can’t log in on any of the sea server other server i can tho. my Team name and Character name isn’t even on the ban list that they posted yesterday and that’s when I got the restricted access. anyway, ticket sent and emailed the email they gave me just hope it doesn’t last 2 weeks or more.

I’ve sent the ticket the second time and this is what they reply me, after which I sent them an email as well.

Please be informed that we already received your ticket regarding with your concern. We will be sure to inform you once the investigation about this issue was already done. This might take a while, but we can only ask for your patience and understanding.

We advice you to stop sending further tickets about your concern to avoid confusion as we are already looking into it.

They do not deserve our patience nor understanding for those who are wrongfully banned. Their last 2 sentences are rather contradicting.

And i got this response. How many people are there in the customer support? One person every 8 hour shift? 2 shifts a day? @_@ They need atleast 5.

Thank you for bringing this to our attention. Please be advised that our Development Team is already looking into the issue. We appreciate your patience and understanding while they are investigating the matter.

If there is any updates regarding to your concern, announcements will be posted on our official website, so please stay tuned.

@smackwtf2
got the same reply as you did. and as you can see, that reply is a generic reply for Ingame bugs and issue. fking copy n paste with useless sht info.

we have an issue here affecting more than one PAYING customer… is there nobody there competent enough to look into this??

guess what… I just saw my name on the ban list released today. (considering ive been banned for 3 days now…)

First of all… I DONT BOT! Secondly… Im not from VARENA! i play on Telsiai… sigh

so my question here is, if the teamname is taken on one server, is it still available to be taken on another server? you see where Im getting at?..

It’s been 70 hours since my restriction, still waiting…

Thank you for bringing this to our attention. Please be advised that our Development Team is already looking into the issue. We appreciate your patience and understanding while they are investigating the matter.

If there is any updates regarding to your concern, announcements will be posted on our official website, so please stay tuned.

Finally i’ve been unbanned after 2 days 8 hours. No compensation or any notifications of my unbanned from email/ticket. Hope u guys who are wrongfully banned gets back your access as well. GoodLuck. 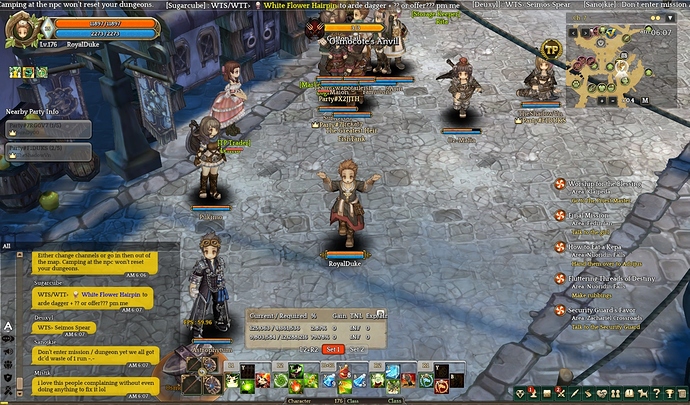 i also got ban for being a bot well i’m NOT! those who is accuse wrongfully should have a good compensation for this! 2 days worth of dungeon ,exp , silver wasted for waiting being wrongfully ban … arghh so frustrating well i wish they unblock me. T_T

you’ll be delighted to know that there’s actually compensation for this. i just got mine. check you in-game mail and also you might want to check this >>

Greetings, Saviors. Due to a recent lapse in our Bot Classifier, a number of players were mistakenl...

I saw you name there duke

that’s nice! but would be nicer if my name is there =(

Due to a recent lapse in our Bot Classifier, a number of players were mistakenly deemed bot users and had their accounts blocked as a result.

We would like to announce that these accounts have now been unblocked and that their corresponding teams have been compensated with the following items:

About RII and the Bot Classifier

As you may know, we make use of our Bot Classifier for finding bot users and examining bot reports, partly by taking into account the RII of other players (see our Dev Blog post here for details).

Until now, using the RII of the reporting players has helped signal the offending users to the Bot Classifier, giving us a clue as to which users are more likely to be bot accounts. This high reliance on RII, however, has caused some innocent players to be considered as bot users as well.

For this reason, we have decided to slightly change how reported cases are handled. The reporting players’ RII will still count towards the probability of the reported user being a bot, and will signal to the Bot Classifier which accounts are more likely to be using them. However, the RII of the reporting users will no longer influence our decision when determining whether the reported accounts are using bots or not, and they will be judged solely on their in-game behavior and other Bot Classifier criteria.

Finally, to players whose access to the game is being denied, if you find that your account has been unfairly blocked, make sure to send us a ticket through our Support page so we may reevaluate your case.

First of all, We would like to say sorry for inconvenience of playing TOS.

Please report us via ticket of steam to gather up our saviors’ information.

Thank you so much for cooperation. 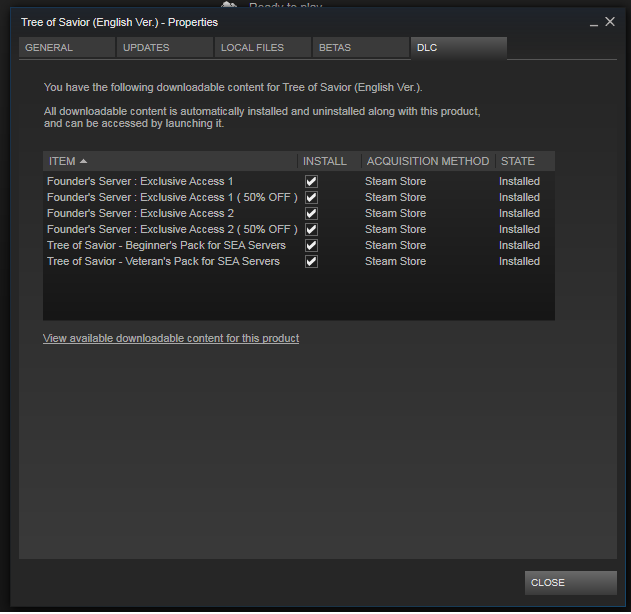 @STAFF_MAX kindly help me evaluate my acc please! being a supportive CUSTOMER do i really need to experience this? being unjustly block for 3 days now really? even w/o the compensation just unblock me already . it’s so frustrating having to deal with this. i already sent my e-mail last 3 days and no reply what so ever . hoping for fast action TIA.