This thread is for those of you part of the underground world of VOCALOID, be you fan or producer.

I first heard of VOCALOID at Anime Expo 2008, but never really looked into it until 2010. I got lucky, as the very first VOCALOID concert in the states was held at Anime Expo 2011. I was lucky enough to get a seat 10 rows from the stage. Even though the quality was far below that of the Japan concerts, I still enjoyed it nonetheless. (waves around Len cell phone strap souvenir)

Obviously, my top favorite VOCALOID is Len Kagamine, followed by KAITO. Not too fond of Miku, but a lot of songs made for her are good. Luo Tianyi from China is also starting to grow on me, but the Chinese fanbase hasn’t really impressed me with their original music. I do like me some GUMI and Luka with some Rin. Sonika and Oliver are pretty much the only English VOCALOIDs that I remotely like, but the English fanbase has been pretty lackluster with original songs.

Favorite UTAU thus far is Ritsu Namine. I don’t know why, but I love her voice for some reason.

I’ll start things off with:

YES YES - Big Al (so far, the only original English song I actually like)

Just had to share this one because it’s a hilarious song. XD

I’m not too experience with Vocaloid, but I loved this song:

I also love Calne Ca, even though she’s not an official Vocaloid.

Edit: Oh. I didn’t see that. Bacterial Contamination is from Calne Ca.

This has been one of my favorite songs for a while…

Oh. I didn’t see that. Bacterial Contamination is from Calne Ca.

Calne Ca is simply a Miku fan-character, the song is still sung by Miku. 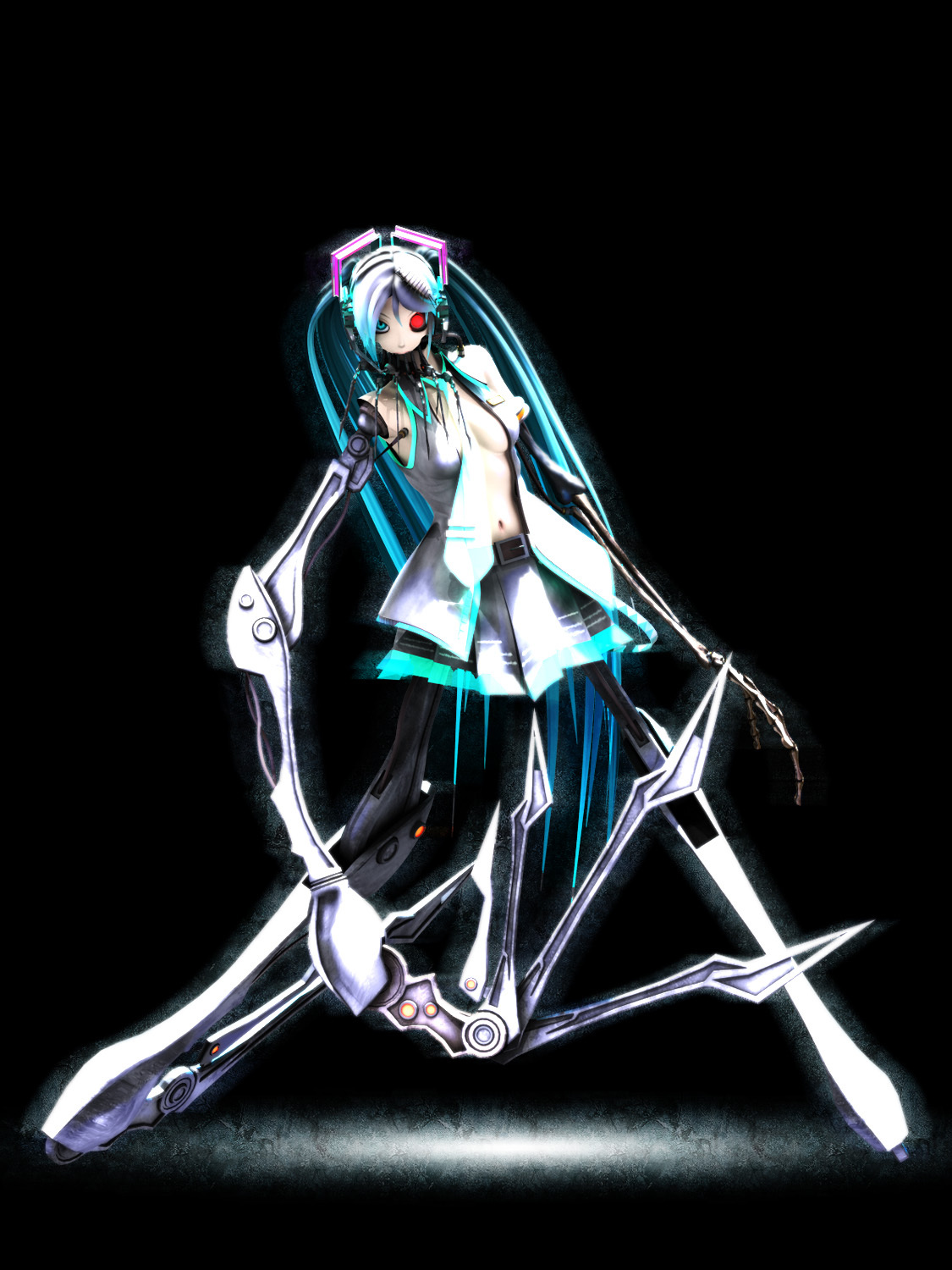 Calne Ca (骸音シーエ Karune Shii-e) is viewed as a derivative of Hatsune Miku, she was created by the 3D animator Deino. The term "Derivative" is used here to describe a fanmade Vocaloid character that is based on an already existing character. A Deino's...

the song is still sung by Miku.

Oh, I didn’t know that.
Really love her design though.

Some more of my favorites.

Drowning in a Wave of Sadness - Len Kagamine

Kagaribito - Len Kagamine (Need a NicoNico account to view it since no one reposted it on YouTube.)

The Only Natural Cormorant - Len Kagamine (Need a NicoNico account to view it since no one reposted it on YouTube.)

ERROR - Ritsu Namine (The song that turned me into a fan.)

My Dearest - Ritsu Namine (Ritsu has nice soft tones here. Need a NicoNico account to view it since no one reposted it on YouTube.)

I love it when people make musical series.

If you want to sort songs by voicebank it makes sense to have song title and vocaloid, but I think having the ボカロP or producer’s name as well wouldn’t hurt because there’s a lot of 2009s and 2010s I don’t remember the name of but remember the producers. (RIP anymore vocaloid releases by kemu. Gonna miss that style but at least he’s still pursuing music in a band.)

I’m a 2nd wave fan if that’s a thing, so I’m not very attached to certain vocaloids or voicebanks. But Gumi has always been my favourite since I heard セツナトリップ (setsuna trip), because at that time I wasn’t used to Miku and I liked the mature voice and tuning by whoever was responsible at Last Note.

…but anyway, I also like みきとP (mikitoP), which most of you probably know. I guess since いーあるふぁんくらぶ (1, 2 fanclub) has 4.7mil views on NND it’s mainstream, but I like it almost as much as I like 世田谷ナイトサファリ (setagaya night safari), which only has 260k. Vocaloid in itself isn’t the biggest industry and the producers seem more than willing to be creative with their composition, so I don’t feel like “mainstream” is a very good reason to dismiss songs. (If a song isn’t in a style that you like to listen to that’s totally fine, because we all have preferences.)

I will admit though I do get sick of seeing panda hero this matryoshka that, but I enjoy the song at the very least.

Heres a cool one

A few favorites of mine

Time-Warped After Chopping My Stag Beetle by Manbo-P

As for my favorite vocaloid, it’d be Gumi. Madness of Duke Venomania was the first song that I’ve listened to in which she had a part in, and I was immediately intrigued as to who the green haired character was, as I wasn’t that familiar yet with vocaloid back then. Upon finishing the song, I noticed another one(Aitai) that had the same green haired character, so I figured I’d try. She immediately became my favorite after that, haha.

I listen to a lot of vocaloud/metaloid. So here are some of the ones I like.

Funeral of my Heart - Miku Hatsune by Okame-P

We’ve already listed Ritsu, which is an UTAU, so they’re allowed.

. They pop up sometimes, but It’s like I could not click on it anymore. I’ll try to share you some tracks I liked if they are not listed in this topic.

Until the Day We Meet Again - GUMI & Yuki Kaai

The Lady He Loves - Oliver

The Project Diva games are a great way to listen to the more popular songs. The arcade versions also have some amazing graphics.

I will just drop my channel I’m not very active in anymore!

props to you if you know her name.