Title: A Beautiful Voice in Snow Field
Server: Telsiai
Team Name: ThousandSnow
Description : One night, while I was on my way to Sventimas Exile, I heard a beautiful voice was calling me. Suddenly, Goddess Vakarine appeared in front of me. She asked me to defeat Demon Lord Forster Lord who caused snow storm in the area which caused other people hard to across the path. I defeated Froster Lord and returned to Goddess, but I noticed something dropped from Froster Lord. I picked it up and gave it to Goddess. As I had eliminated Froster Lord, Goddess Vakarine offered me a box which contained a sword. She said the sword was original crafted from the item that I just gave her. She also added that the sword had ability to freeze, so I must use it wisely. Then she disappeared from my sight, and I continued my journey to Sventimas Exile.

That’s all! Thank for reading. 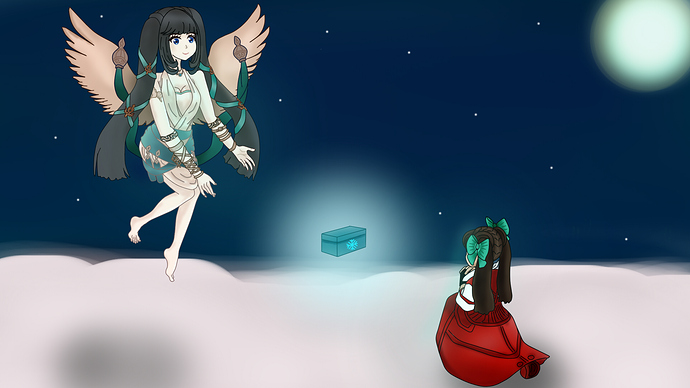 ohoho~ you even have vakarine’s hairstyle X3

what is the item you gave to the goddess i wonder owO?