We have made an announcement regarding ‘Scheduled Maintenance for November 8-9, 2021’.

Say hello to three months more of suffering while IMC screws Monk back into non-existence in KToS and render the class doomed by the time the patch reaches IToS.

Ergh, when I finally bought a class reset for 12m each … here’s comes a freebie Reset hahaha … nice timing IMC …

Well at least you have Luchador! Punching, kicking, slamming, souplexing… Sounds like the swordie’s version of the Clown class

Never understood why you got these for characters that don’t have the class in their build… do you get anything else apart from a title?

I don’t really see the usefulness of this, except having a cool mount or extra speed if you’re already using a mounted class. I guess future (even cooler) mounts will be available via TP…

Finally. This completes the full 460 set for your first character if you’re a new player. For others, this completes the full 460 set for an alt (a healer for example if you started as a DPS). Still remains the huge gap between Kedoran equipment and Vasilisa equipment if you want to play more alts. It’s still a joke to reach 450, but after that the exp requirement is so high it takes forever to reach 460 and benefit from Goddess equips. I guess IMC addressed this somewhat with the new 32x exp tomes, but getting the intermediate tomes to craft the recipes either take forever to get, or require TP.

I don’t see where it says how the orders will drop, so I assume it’s now x% chance to drop a regular order from Ashaq mobs and y% to drop a superior order, with x+y=100% and x >> y…

Having some variety here is fun. Reward expansion means getting more Gabija coins. I don’t see why the content should have been made easier, it was fine like that… but sure. The only annoyance is still not having enough time to look at all those fancy buffs before the next stage starts…

I call that losing 4 skill gems each time you don’t get a fragment. Also this requires 50 gems to get one you want IF you get a fragment EACH time. This is absurd… at least give a fragment each time.

Solo mode that gives same rewards as before, double rewards from automatch. Sounds good to me…

Hethran Badge quest will be removed

Haha this still existed? I remember how ridiculously tedious this was for a reward that was some crap accessories with penalties to stats…

I’m not sure about this… It’s already hard enough to get 5 people in automatch, now all TOS Support Guild members will match between themselves and leave even less people for regular AM…

), same reward for each map. This should open GTW to more guilds.

Arts obtaining method will be adjusted

Good. It was a nightmare to use that crappy interface at class masters.

Light Weight Helmet will be registered as hair accessory and can be purchased at [Class Costume Shop] (24,400 point)

Chaplain: Additional Damage
Attack is applied based on not the basic Attack but on final Attack.

That is a buff, not a nerf right?

11 silver chest for each legend raid stone recipe? what? Can anyone confirm if this is correct or if it’s just a total of 11?

I think this is just bad translation, from the video I’ve seem in KToS it’s one fragment each time

I think this is just bad translation, from the video I’ve seem in KToS it’s one fragment each time

Ah thanks for clarification. Sounds more logical that way (since it’s the case for black gems already). 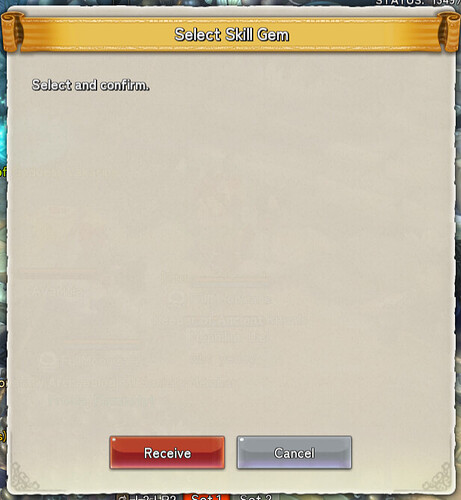 Huh? I thought 5 gems → 1 gem, no whammies.
What is all this fragment talk?

Okay, okay… this is acceptable.

I haven’t had a chance to check out the new Episode rewards yet… I saw that the Goddess equip was +7 Enhancement. Can this be further upgraded or does it have all the restrictions that the free gear usually comes with?