We have made an announcement regarding ‘Scheduled Maintenance for July 28, 2020’. 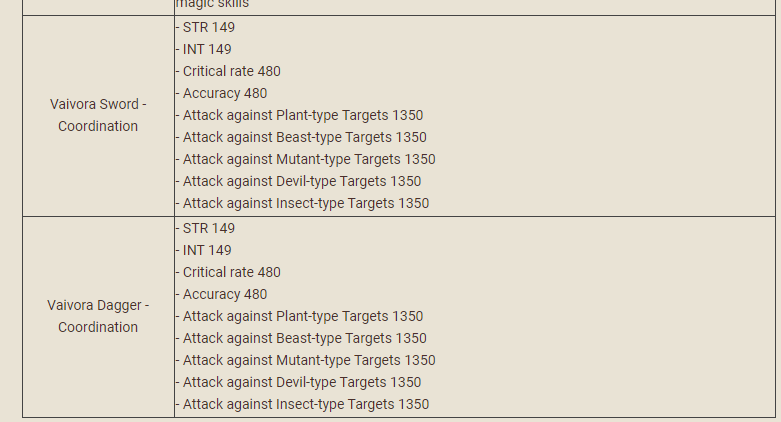 time to clear all the blessed gem on market then

(i had accidentally replied to another post, so i’ll delete that and repost it)

So stop:control monster is being fixed. What about all the people who used it so far and their titles, equipments, etc.?
Just joking, nothing will be done, as usual.

New icy waifu is up! And this is a HUGE patch…

I wish the maps that were downgraded from main to subquests were also added to the episode breaking process to make easier to track them down while questing.

“Continue Offering function does not apply on Goddess’ Bless”

Ow that’s too bad, it would have been really useful there because you usually want to use the “offer” 101 times (100 times to get an actual AP coupon and one more time for the 1% chance extra item). Pressing button 101 times – and in less than a minute! – is really a pain.

My memory fails me… where do we find this one in the game?

No kidding? So if the game crashes on you you LOSE the entry? Words are failing me…

“Moringponia equipment does not appear from the Wonderous Cube”

So where do you get these from now?

“Gemstone Feud is changed to the following: Natural Recovery removed, and HP recovery is unable”

" Goddesses’ Blessed Gem will be deleted from the Mercenary Badge Shop during scheduled Maintenance next week."

Game over. Next.
Sorry but this change will probably make 99% of the players quit, since they will never be able to transcend anything again, let alone use BG for other stuff like… everything else in the game which now require BG.

" [Kedora Merchant Alliance’s Mysterious Cube] item will be given based on win or loss, 2 for win, 1 for lose. Will be given separately with Mercenary Badges."

Is the “infinite” round bug fixed yet? Otherwise this change is fine, this spares 450x6-12 mercenary badges per day.

PLEAAAAAASE NOOOOOOOOO!!!
When playing Sorceror it’s already impossible to click on anything that is on the left half of the screen due to mouse always been hooked by the party/summon list, which you have to move to the right corner to be able to play and which RESETS EACH TIME YOU MOVE TO ANOTHER AREA!!!
I can’t imagine clicking on the screen and every time catching a stupid monster debuff instead…

Nice changes, but the ID UI is still painful to use. Everywhere else you can see items with grade/trans level, while the ID UI still shows them as regular items and you have to click on each one separately to see their stats to be sure you’re IDing the right one…

“The item acquisition message will no longer appear”

Thanks for not showing “foo getting a masinio fragment” each time anymore… that was starting to get tiresome (to remain polite).

Time to get those Solmiki skins!

ABOUT TIME! This will make life of a healer so much easier…

Now I wonder if the previous skill factor was not simply a bug with the comma… New one feels much more like it, and the bull can now make a nice return.

Oh really? I’m sure I got some wizards and archers being wiped by that cloud before…

The thing to fix would be more the cloud not being displayed on screen while it should. It’s a pain to come close and being wiped by an invisible effect…

Haha this was fun. But sure, having that fixed is fine.

Yeah this was reported in a video. Made Witch Raid a joke…

Wow I didn’t know that! So you need to equip your pet too, lol.

“- Fixed the issue that”

What’s the difference between a pigeon?

Oh so that was actually a bug… Yeah I’ve seen many times the portal disappear after leaving a map when my char was alone on the channel. Good thing this is now fixed.

My memory fails me… where do we find this one in the game?

A quest in Valandis Room 91.

A quest in Valandis Room 91.

Ah nice. Next time I’ll do this quest with an alt I’ll check what this DL looks like.

Summons of Necromancer, Bokor, Sorcerer are adjusted by the damage increase effect of the owner for a certain percentage.

Would anyone know if those changes affect Diev? IMC sometimes adds changes to Diev without saying it is to Dievs… Hail to the mighty Owl damage dealers.

To be honest, Corrida Finale will still be terrible, just less so. It’s 1395*6 (with attribute) base SFR with a 30s cooldown at max level. Good for mobbing due to the large range and pull, useless everywhere else due to the low damage. And if you use it for mobbing you may as well just put a single point.

Isn’t this counterproductive to make it harder to realize that one needs SPR for these Owls?

OFC! YES! THAT! NICE! Finally THAT is fixed!

Isn’t this counterproductive to make it harder to realize that one needs SPR for these Owls?

That wasn’t there when I posted my question…

I don’t know if the intern doesn’t know how to write or if IMC hates us, I just know that I didn’t understand it

what time will be the maintenance finish in SEA? we’re like GMT+7 here

It’s gonna be around 4pm GMT+7

PLEAAAAAASE NOOOOOOOOO!!!
When playing Sorceror it’s already impossible to click on anything that is on the left half of the screen due to mouse always been hooked by the party/summon list, which you have to move to the right corner to be able to play and which RESETS EACH TIME YOU MOVE TO ANOTHER AREA!!!
I can’t imagine clicking on the screen and every time catching a stupid monster debuff instead…

As expected, mouse mode is now completely broken. Each time you click on screen to move your character, you grab a piece of the UI instead. Unless they make an option to fix those bits, playing is out of the question for me. I could switch to keyboard, but I don’t have three hands to play.

People having “Physical attack: 1-1” when playing with one handed spear. And it’s not a visual bug in F1 window…