We have made an announcement regarding ‘Scheduled Maintenance for February 1-2, 2021 - Skill Changes’. 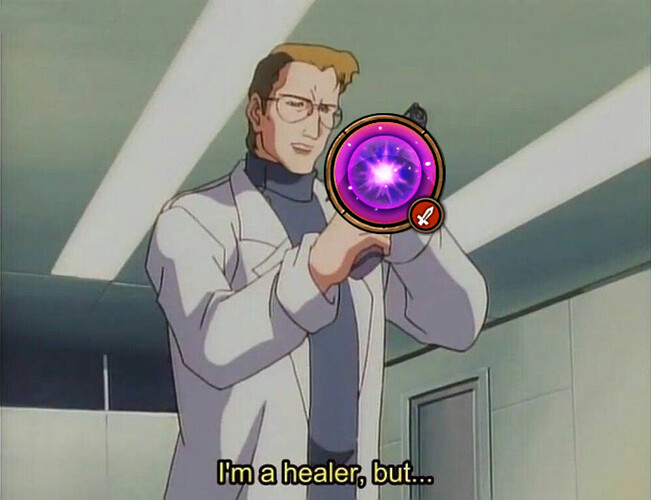 Alyu: I used to be a support…

Alyu: But I am not a support anymore.

I was a healer, now I’m Superman/Cyclope and I shoot laser beams from my eyes…

Already 12 Hours maintenimance and what we gonna get from the worst developer on the world. x8 Trash tomes that r useless since 2 years ago like compensation for not been able to copy and paste like allways the patchs. Them after that users we need to check that all the copy paste imc did as patch notes are actually in game cuz every patch there r allways missing stuff.

People act like it’s their first time playing an MMO.

i never was in a MMO where the players need to check if the patch notes are correct or not. Is the first time i see problems on every single patch and no one working over the problems in game. I reported bots for 30 days and the bots are the same in the same places till now. Sadly this is not a MMO problem. There is just no one working in game

People act like it’s their first time playing an MMO.

And i mean c’mon, just the fact that they deadass just “21:00 to further notice” the hell out of the patch is hilariously unprofessional lol

WoW was regularly down for an entire day, especially when the game was young and even into BC and Wrath. There was one patch where it was down for 2 days because something went horribly wrong. I remember regularly taking patch day off, only to be disappointed when I couldn’t play for a whole day anyway. You get used to this. That’s not the only example either.

Patch notes are semi-regularly wrong in many of these games, most people just don’t notice because they didn’t have the luxury of a 2-3 month preview on the Korean server. The problem is bundling multiple patches into one like this, which I’ve personally complained about for years. IMC thinks it reduces the workload, maybe it does, but every so often it’s a disaster. And even then, every big patch Tree has had has had maintenance done early until this one.

people are always like this… Ive seen maintenances be planned for longer than 10h before, and Ive seen multiple of them last longer due to unexpected issues.
those happen, and they happen very often.

let them work on it and judge based on the results.