We have made an announcement regarding ‘Quick look on 64 bits update’.

Umm … so for the hardware minimum specs that can handle 64bit …

dude
all you need is processor that handle 64 bit computing. smh 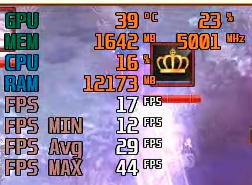 12GB of RAM usage? and not even reveal the specs of PC they used to record this vid?

(I know that RTSS is reporting the “whole” RAM used by the system, not just the game)

but IMHO, this still better than the game frozen and hang. hope dev team will keep optimize it.

The new implementation is separated in two parts, namely 64-bit and DirectX11

for 64-bit you will need

for DirectX11 you will need

That’s about it. The 32-bit client will still co-exist for some time and the game will prompt which version you want to open when you launch the game.

As for DirectX11, it will run when it detects there is a suitable GPU, else it will fallback to DirectX9.

I dont have GTW level loads to try, but for doing normal stuff in game it would run like this

you can safely assume his OS and other programs is taking up atleast 4GB as the video shown.

How about instead of taking video directly from kTos where the reality of the servers there is TOTALLY DIFFERENT from here, to the point of their GTW not having the lag and crash that there is …

TEST HERE, on these “wonderful” servers.

while 64 bit and dx11 will certainly improve the experience like data processing speed and memory management, the most impactful one especially for international servers with clients across the world and for situation like GTW is actually the network protocol migration from tcp to udp

Speed
TCP is slower than UDP because it has a lot more to do. TCP has to establish a connection, error-check, and guarantee that files are received in the order they were sent.

I hope the reformation from TCP to UDP comes soon as well. They mentioned that they’re 90% finished with it the last time, so I have to imagine it has to come soon.

While UDP is certainly more fitting for a game like ToS, this isn’t the silver bullet you think it is. All the thing TCP does, you have to implement them yourself when using UDP, because you still want the data you receive to be correct and the order of information still matters. You can do it more efficiently because you know exactly what your application needs while TCP is a jack of all trades designed decades ago. But you can also do worst because game network programming is really tricky.

And even with a very fast and reliable internet connection, GTW is a shitshow, so while UDP will most likely improve things, the DX11/64 bits client is our biggest hope. It just may be the most important update towards making Tree of Savior the great game it deserves to be and it can’t come fast enough in my opinion.

As far as I know, optimizing a software implies that in current machines it works better without any extra requirement, and in those that worked at a minimum, it performs better.

From what you can deduce it is not an update, it is just the opposite; updating the software to 64 bit will mean that in many systems, the video game will stop working, as well as expanding the requirements, is equivalent to having the same with artificially inflated minimum requirements.

The ideal is to try the opposite with the latter, and of course, the former should be optional; They say that it will be optional during a trial period, but later, yes or yes, 64 bit because we are worth it. I’m not saying anything about the problems people will have when their GPU cannot be detected or is not compatible (Vulkan, OpenCL, DirectX, drivers version, SO version, etc.), or worse yet, is an integrated apart from the big brands.

ToS is a game that shouldn’t have even half the requirements to run at a minimum, after all, its aesthetic is vintage, and it’s something that many people (including me) prefer to ultra 10-D graphics (if at all that ever exists).

How to say it, would it have been so difficult to invest the benefits in improving the product-software (the gameplay and optimization, even having to change the engine or the kernel itself; and the hardware, the servers and the connection they use) and accept the suggestions of your potential customers instead of saving costs and embracing the mobile casino model? As they would say, they do it late and badly.

I don’t expect anything, and as they say around here, they should show videos on a medium or low-end PC (a real home computer of random normal people, not something from some sold YouTuber or NASA) at least with a connection from here and here. We already know that movie trailers (or the CGI scenes of the video game than the gameplay itself) tend to be better than the movies themselves, at least many times.

Anyway, we’ll see when it can really be tested, because a video doesn’t tell me anything.

noob question… what app is this? i also saw this in some other games

plus other monitoring software like HWiNFO or MSI Afterburner for setup

HWiNFO or MSI Afterburner to set RTSS up

but RTSS is already bundled with MSI Afterburner, no need to download it. unless you wants to try the beta