Territory Wars has the potential to be a great form of content. Already in its unrefined state it’s exciting, and personally it’s significantly less frustrating than TBL given class imbalances are somewhat mitigated by the scale and equipment, not to mention the intense team work required to excel.

That being said, there are major problems and improvements that should be made.

Of the three maps, Inner 8 and Galeed Plateau are problematic, especially in the case of high occupancy. They both feature severe choke points, or limited spawning areas and routes. This can make them too difficult to take for the attackers, as it forces too many engagements outside of the Territory Tower.

This map may not be recoverable as it needs so many changes, but this is what I propose: 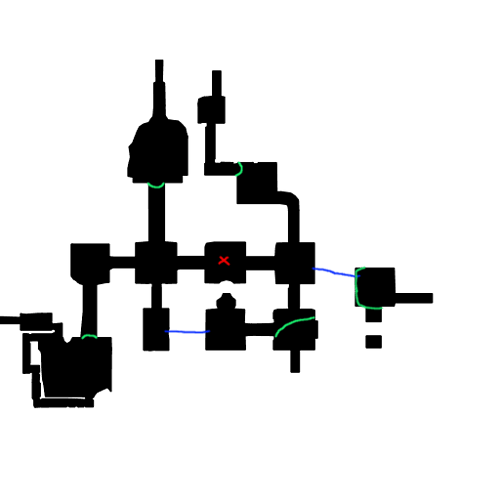 Inner 8 has a bad problem of limited routes, spawn camping, and cramped fighting. My proposal would open up the two southern rooms for manoeuvring, allow the eastern spawn point to be useful, and expand the safety barriers to help cut back on the spawn camping, (especially on the Western side).

Preferably a total expansion of the map would be done, but if that’s not possible my alternative could be done to help alleviate the problems. 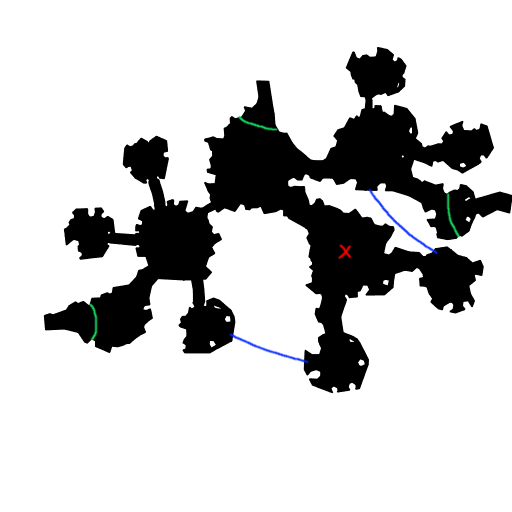 Galeed’s primary problem is the single attack point, which makes the Western and Eastern spawn points disadvantaged, and forces engagements to at the choke point, meaning a large amount of assaults run into each other before even having a chance to battle for the Tower. This allows all the spawn points to be equal, allows for alternative routes, all while maintaining a reasonable run time to the centre.

Additionally, the Connections could be opened by destroying the Amplifiers as was @Nekorin’s idea in his thread:

If the Connections will not be added than Galeed should be removed and swapped out for another map.

Others have pointed out good ideas for alternative maps and I support their ideas and will likely reiterate them here. Inner 8 especially is a candidate to be removed, along with Galeed if major changes aren’t made. 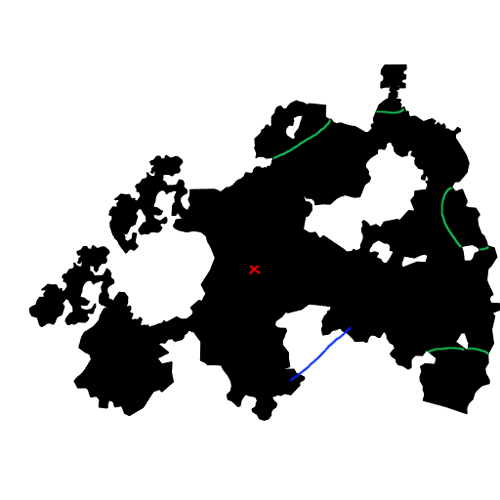 The Connection is optional but recommended. There are four spawn points, and two major engagement points outside of the Tower radius, (three with the Connection). This could certainly be a candidate and there is plenty of room for a Boss spawn, it would also put one of the Territory War maps in the West of the world. 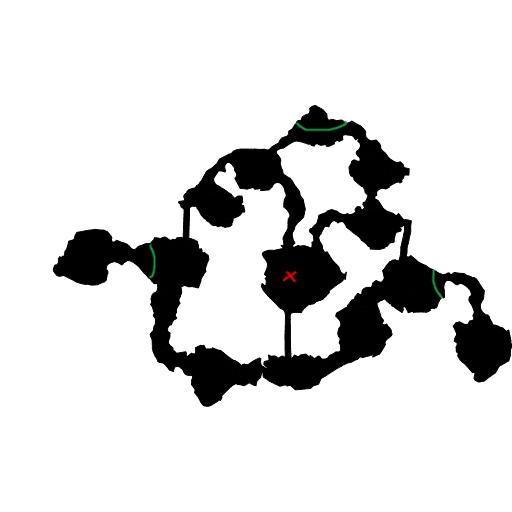 This is another option. Three spawn points, three entrances that all lead to the immediate centre and concentrate the fighting. The problem would primarily be the narrow points of access, but the location where they lead and with how many points of access there is helps mitigate the problem. And again, it’s in the West of the world.

@Csiko brought up an alternative system that would utilize the map, either way I think it’s a good candidate.

Team Name: Narcissus Character Name: Csiko/Surprise/probably others Class Build: a2/sapper/scout2/fletcher/musk3, templar CPU: i7 RAM: 32gb Graphics Card: GeForce 650 [1080 soon, laziness] OS: Windows 7 Internet Connection Speed: Cable Country/State: US/Connecticut Comments I’d like to start by saying a few things to provide some context. In an effort not to muddy any impressions of my own with those of others, I have not read any of the other feedback posts yet but… 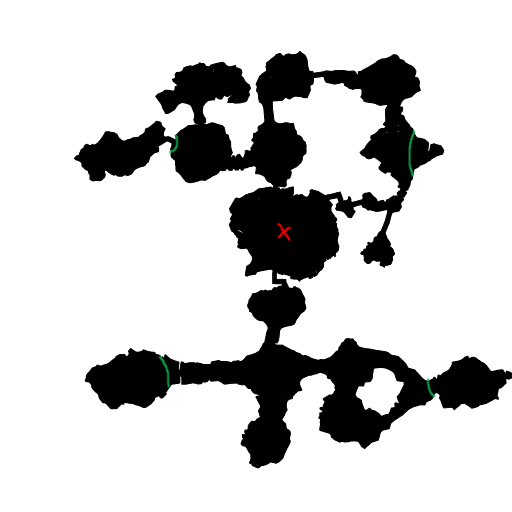 Multiple spawns, multiple entrances, room for the boss it’s a good alternative. While there are choke points the amount of spawns and entrances to the Tower help minimise the effects.

Creation of a Territory Wars Map

I like the idea of keeping maps based off the normal world, and if they Devs are willing to adjust them they should. However, if they decide against wanting to change the maps then they should consider making new ones altogether to allow for more balanced and engaging game play. Still though, I recommend adjusting the current ones if possible.

The technical problems are severe and make the game play unplayable for many, and noncompetitive. This must be a priority. There are performance drops, connection problems, crashes, and plenty of bugs (invisible skills, animation glitches, companions not working) and more. While these problems are unique to Territory Wars they do affect it greatly.

I know the Devs are watching and I know there are improvements on the way including optimisation, but I really can’t emphasize this enough.

As you can see in my Map section, I recommend increasing the size of Safety Barriers to help prevent spawn camping, increase space for guild organisation, and help with opening routes for guilds to move. This idea should be expanded to all maps current and future and should be taken into consideration. Too small, or limited Safety Barriers force conflict early and can be abused due to jumping in and out to fight people. Fighting directly around the Barriers should be minimized.

Potentially giving a few seconds of invincibility upon leaving the barrier could help prevent camping, but this buff should not be renewable, upon leaving the Barrier and reentering, you will not receive the buff when you leave again. This is to cut down on people trying to snipe guilds as they leave. (You would still be invincible inside the barrier though.)

Defenders should be given an option to spawn at the Tower, with the restriction of there being a minute a respawn time to do so. This would allow defending guilds to rejoin the action instead of being forced to push through the battlefield, often on their own, and actually reach the Tower in time to continue the defence. This seems even more necessary, with map changes like the ones I proposed.

As the Guild System improves and is expanded (hopefully majorly) there will be more to work with. But for now I recommend a Guild shop system that could be expanded upon in the future.

Introducing a separate guild currency instead of just “Guild Funds” makes sense to really mark the difference. This feature could even be expanded in the future with additional or current content.

For adding Silver, increasing Guild EXP with Talt, and most importantly seizing a Territory, a guild would be granted currency. This currency can be spent on multiple things like:

Individual players should also receive rewards based on how well they perform inside, how much they contribute, and how much they participate.

There is also the possibility of future expansion here with equipment and more, or potentially making a shop like TBL too.

The focus of the Territory Wars test is on format and the technical, but Balance should still be brought up. The issues that exist in PVE and PVP still continue and prevent a truly competitive environment.

The list includes the standard TBL gripes, and those need to be worked on but the two that are particularly relevant to Territory Wars is Equipment and Consumables since they differ.

I actually see equipment playing a part in Territory Wars, just heavily toned down and more equalized. Scale stats towards a present number as this would allow some variance, encourage investment, and give all players an opportunity to participate while still offering some form of advantage to those who worked for what they achieved. Example formulas could include simple power factors, or bracket systems but whichever is chosen should find a good balance between the best players and average players.

Equalizing all equipment would be fine too, but I believe there are some advantages to keeping equipment a little relevant, either way I’m fine.

These should be banned. They are much too powerful and the percentage scaling makes high HP builds even more powerful.

Zoomy and Rader especially (among others) need to be closed, at least in Territory Wars. They give an incredibly unfair advantage to those who have them. If this requires preventing them from being usable at all then so be it.

(Maybe look into integrating some of them, Zoomy, into the game just prevent its use).

Implement better information and UI’s. Create view able leaderboards with who killed the most, and other stats. See the top ranked players and guilds, make it interesting. Make sure to include a better information page with the specific restrictions and differences too.

Zoomy and Rader especially (among others) need to be closed, at least in Territory Wars. They give an incredibly unfair advantage to those who have them. If this requires preventing them from being usable at all then so be it.

Agree 100% with radar, but the default zoom on the GVG maps are already very good and zoomy is largely unnecessary. I don’t know what benefit removing it would have here, but I don’t use it so it’s possible I’m just unaware.

One other point regarding the zoom: Even if you are zoomed way out, characters do not load any further away, which also leads to some odd client lag when they do load. Again, this is without zoomy, just zooming way out with the default settings on those maps.

I’ll test again to confirm, but this is Inner 8 while not in TW with a loadable object: 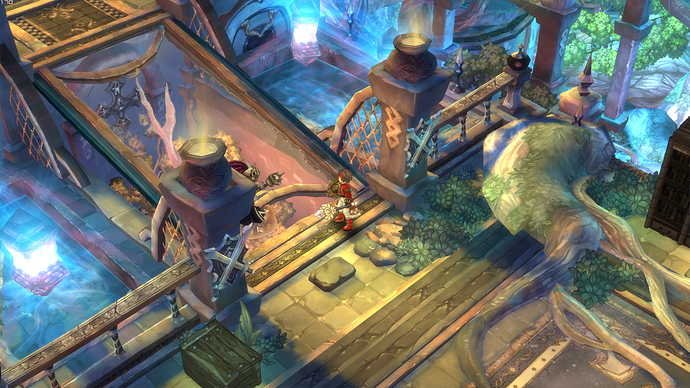 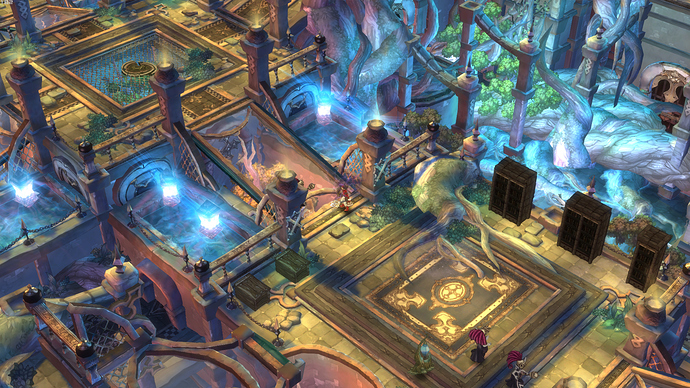 The Broken teleporter is the object.

If it’s anything like that in TW the advantage is pretty big. Objects can fade in if you’re moving quickly, but if you’re not they usually load outside of the line of sight by a few metres.

I didn’t notice the camera being different in TW but maybe I’m wrong? This would definitely give someone a range and terrain advantage.

There’s also the bottom of the screen too which is expanded, and that’s pretty major.

You can see them on it past the base line of sight. They have to fade in for it to take effect, but it’s still an advantage.

Default zoom is just not enough, imo. You can barely see a guild coming before they’re already in your face. If I’m just comparing to RO, you could see multiple guilds on your screen at once so… I’d say they can just let you use zoomy or just make the default zoom in the game let you zoom out more. Or just have the same zoom settings like in TBL, of course. You can zoom way out on that map

I’d be okay with adjusting the settings in the base game, as you mentioned it works in TBL, the main thing is just ensuring that no one has an unfair advantage. If they don’t decide to change the camera they will have to address Zoomy.