No one talking about giltine bugs

telsai going crazy cause of maintenance
how come elites from NA can get away bugging giltine?

uhm… giltine bug is still happening in KTOS apparently [ heretic crazy heal even if u dont hit / get hit by giltine] . And sorc have ark divine bug + they dont get affected by heretic [if i am not wrong, summoner get heretic and just ride on their pets see giltine go wryyyyyyyyyyyyy ] . fyi, telslai cleared giltine boss raid [hardmode] already.

the heal thing will get removed soon on ktos.

its like the chrono bug on Hard Ponia, everyone was using it, everyone knew it was bugabusing, IMC didnt do shiet to ban them and wipe the rewards, so why should anyone care now?

let them enjoy that with the other 300 ppl still playing.
dunno why you get so butt hurt by e-penis titles, bug abuse or not.

Don’t undermine peoples achievements and cry bug lol.
Guess we’ll see once everything is said and done and raid times are pushed. Same with wbr rankings. Actually, especially with wbr rankings, same person going to r1 on relevant wbr to their build.

About time tels rmters/multi account abusers/botters got put in their place. So easy to gear when everything is open and fair game and cheap, and p2w for faster tines and bigger scores. Can’t buy skill though.

And yes, heratic heals bugs out the raid heavily, like her berserk stacks for example. Just don’t get hit, know where to move when heratic comes up. Improve, learn the fight.

Of course heratic is getting heavily nerfed so it’ll be easier for the finger pointers to clear it, I mean it is a bit ridiculous of a mechanic tbh.

or this that i encountered a lot lmao

and there are many more hidden bug that noone tell, even imc itself, and you can learn more from ktos by playing there or read bug fix there that probably not hitting us asap or even neglected like

even some guy you mention in that image abuse this bug to get wbr title, and yeah nobody care. imc dont so do i.in fact why would i lmao
because i dont know why people still taking this game leaderboard or such seriously when the game is actually full of bugs, broken and unbalanced
sure the content would still require you to invest, learn, practice, memorize etcs but to call it something to be proud of?? maybe its just me but its not my cup of tea
i still play the game though. to kill time. because the game is still charming… graphically

“even some guy you mention in that image abuse this bug to get wbr title, and yeah nobody care. imc dont so do i.in fact why would i lmao”

ok, and when its fixed and they still consecutively get r1 later, like they have in the past on NON-RuneCaster, what will you cry about then?

same people accusing someone whos gets first clears on raids and r1 wbr are the same people who abused severity bug to get millions of silver off of field boss, jsr, and boruta, and speed clears of raids -and are using the [“new”] exploit for giltine that people use/used in the past in other content.

it’ll become apparent once these patches come.
just like jsr r1s who havent ranked 1st since severity bug was fixed, you know who you are.
the main downside to these, is imc doesnt do anything to ban people or remove the silver/resources/raid times “earned” using these methods, while others who play legitimately and are skilled to r1, first clear, whatever, are the ones who are getting shafted and still get fingers pointed to them accusing them of being in the same group.

how come elites from NA can get away bugging giltine?

There is no bug that we abused. I challenge you to explain what bug we did abuse, because we didn’t abuse any bug. There were some people that claimed we used the relic “bug” that was patched in this week’s maintenance, but that isn’t true either.

[if i am not wrong, summoner get heretic and just ride on their pets see giltine go wryyyyyyyyyyyyy

No, it’s far worse than that.

Cursed Heretic heals the boss when you are hit. However, for summoners, if you OR any of your pets are hit, then the boss will heal. She can heal nearly to full health if you are anywhere near the boss and she does an AoE attack that hits all of your summons.

She heals for 0.5% HP for every hit you or your summons take, so even a simple swing of her scythe hitting you and 9 summons will instantly heal her for 5% of her HP. If she does her AoE darkness attack and hits all of your summons, she will heal over 20% of her HP.

even some guy you mention in that image abuse this bug to get wbr title, and yeah nobody care. imc dont so do i.in fact why would i lmao

This wasn’t a “bug” even if IMC posted it as one. They often change things and claim they were “bug fixes” even though it was never bugged to begin with, it’s just how they labeled the change.

The way summons work is that they inherit any % damage modifier that you have. This also includes the condition required for that to trigger. This is how red cards, for example, work for summons. If I use a Vubbe Fighter Card to gain +10% damage against beasts, my summons will gain that too, so long as they are hitting a beast enemy.

This is working exactly how the system was designed. However, KToS did a patch that prevented Rune of the Beginning, and ONLY that rune buff, from applying to damage dealt by summons. The fact that this was changed now makes Rune of the Beginning an exception to the rule that applies to every other buff in the game. Every other damage modifier buff is inherited by your summons, but now this rune is the only skill in the game that does not. There are extremely rare cases where attibutes do not work, such as the Warlock attribute [Warlock: Darkness], but it specifically says in the description it does not function with pets because IMC did not want it to, so they intentionally made it not work. The damage modifier inheritance was an intentional change done by IMC months ago, and it is the reason things like cards, Sauk, enchants, and more work with summons. It is the default functionality for any buff or attribute unless IMC goes out of their way to custom change the skill to intentionally not work with summons.

It’s important to understand that this is not even strong; Marnox with Rune of the Beginning is far weaker than Ignas, Zaura, or other summons when playing Featherfoot instead of Rune Caster. The only reason it was applicable in this scenario is because Marnox does Earth and Strike damage. This Weekly Boss Raid against the Tinis had them as Lightning and Plate. This made him exceptionally powerful only in this one scenario.

IMC changes things all the time and “bug fixes” things too, whether or not they were actually bugs, just based on what they want and don’t want to function. It is unfortunate it was labeled as a “bug”, but they simply decided they did not want this interaction to work, even if it is 100% functioning within the rules of the game that they designed and created. Even if they now consider it a “bug”, there was (and still is) no reason to believe at any point that this was not intentional design, because it was working how they intended. Furthermore, this WBR was completed before they even posted this change, so even retroactively there was no decision to be made to avoid doing it even if it can be considered as a bug.

I do not abuse bugs or cheat in order to win; I never have and never will.

poor ts got baited hard from someone spamming ‘sorc bug’

I bet he said that sorc is bugged because he dont know how the class works on the raid, and is baiting for someone to teach xdxdxd

hey do your things man
as i said

nobody care. imc dont so do i.in fact why would i lmao

pretty bold on this one

The important question though … will this bug save monk? Nothing to see if it doesn’t.

What bug? might wanna be more specific, if there even is a bug.

ok, and when its fixed and they still consecutively get r1 later, like they have in the past on NON-RuneCaster, what will you cry about then?

nothing to cry really because as i stated i dont really care about leaderboard lmao.
again mr blue bird that seems triggered, nothing personal really.
but if anything to blame its the game itself.
i never see this game as arena to be competitive to begin with.
not with the state of game and how the developer treat the game and its players.
thats why i dont really care of leaderboard, ranking or such thing.

definitely not me haha, i even just recently step in jsr twice a week as solo and die in 10 sec because of res sac quest lol. its your choice to believe though
but accusing? lmao im just telling the truth that mr blue bird switch to rc during that time.
and i know not because i put so much attention to him personally but his damage was crazy high that time, how could anyone who doing wbr not know lol.
ofc anyone would want to know what kind of build so he can achieve that huge damage lol.
why would you think he switched to runecaster during that moment only?
no… obviously its not to abuse bug, dont give me wrong ideas.
its because the game is tos rebuild where anyone free to build its own build.

so lets say not only mr blue bird, but anyone, who maybe, or maybe not, abusing bug, cheat, hack, rmt, bot, funneling or whatever i dont really give a damn hahaha

i was here just to tell the troll ts that bug exist for so long, abused for so long, and no one care. even imc. its nothing new really lmao

There has always been a bug … the bug called IMC.

IMC themselves can’t even tell if things are a bug or a feature, nor could they give a flip about most bugs anyway. At this point, it’s just free comedy. 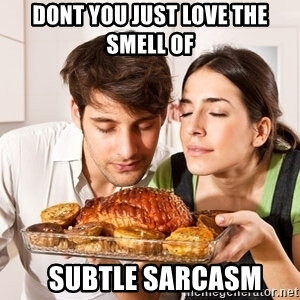 As explained, Rune is a buff skill that effects the relevant element. Just like a lot of other skills that affect summon damage.

Imc just decided to label it bug because of the huge wbr score (earth strike vs plate lightning, who woulda thought?)