I have heard rumors of IMC sending a certain in-game mail to seemingly random players across all servers (not me) informing them of an opportunity to have a 20-minute interview with IMC in the near future. With the current state of the game and its player population at the moment, such an interaction is probably initiated on their part to contemplate on their next steps forward, steps that require the player’s opinions to proceed. If such, this interview may serve to gleam on IMC’s intentions on the game’s future which would be really uplifting for the player base to hear … or may break the community apart for good.

I make this thread to ask any respondents of these in-game mails, not to ask what answers they give or when their scheduled interviews are for hijacking purposes (LOL), but if they could simply share what questions IMC asked in the interview on this thread so that we may understand what IMC is planning going forward and where they have set their sights on.

This special interaction between player and staff is probably the first time in a very long time since a player had an opportunity to interact with the staff (beyond Meet-and-Greet GM sessions and the now-defunct ToS Magazine, IMC only had like very few interactions on forums and it was only in the early days of the game), though this interview may very well be just a sham with nothing noteworthy to discuss.

Regardless, I hope we can look at the questions and have a civil discussion about them instead of wasting our energy with forum posts discussing the game’s fall that IMC will probably never read.

The fact that it’s unpublished means it’s targets certain players only and no doubt it’s their loyal p2w
How can they please them, how can they make the p2w continue to pay
This game built around them

I’m simply interested in what they want to ask in this situation is all, be it P2W questions and all. Just giving the benefit of the doubt seeing how rare it is for IMC to do such a thing … at least until the questions are revealed and what intentions we can gleam from the questions IMC has.

A final copium in these trying times in hopes for a better game.

thank you for keep buying our cubes and packages

Haha, IMC writes their dates weird so their 22-01-19 is interpreted as YY-MM-DD.

Its not just whales who got the email (from people I know who got it), but with how random the respondents are, the questions could be anything. It makes no sense for IMC to make 20-minute interviews just to ask “How is your P2W experience?”, though if IMC asks such a question and someone replies with “No one to play with”, thus making the game more friendly for new players to get more people in or something (extreme copium Monk thinking), I guess that works too.

I simply feel like its a good point to decide if veterans want to stick to the game or not after being informed of IMC’s intentions. I would assume we know IMC long enough to see through all the uh, crap they put out, especially from the questions they ask and the steps they take thereafter.

its probably centers around “what kind of stuff you want in game that you will definitely pay for it??” to ensure tos can still get its life support for another year
so isntead of developing random things like random themed skin, random class made op, random items in cubes, they now made-to-order
if you are f2p and get this interview request, dont do this for free
at least expect something in return
like you know…

As they should, its a F2P game with P2W items and mechanics, they need the money to keep the game running thus they treat the P2W players better. If there aren’t any P2W players, the game will inevitably shut down, but if there aren’t any F2P players to begin with, P2W players might as well question what are they even winning against and thus leave. Its up to IMC to balance that, and IMO they really doing a bad job at it ever since Goddess Patch hence the player count we have now.

There’s no need to insinuate things about me and my views towards the game, I am aware of how the game is right now as well. I’m not really trying to white-knight the game, but I do want to take this rare occasion as a make-or-break final copium on whether I stick to the game I’ve been a fan of for years or not, a last benefit of the doubt if IMC themselves still want to save their own game or not instead of dooming about the game for the umpteenth month.

I get it, the state of the game now is in an all-time low, but all of us still stuck around on ToS forums for a reason or two, no? If they still don’t want to get their act together, ask some proper questions for once, bring in actual translators, neglect their ailing player base or still shut the IToS community out at this point, I believe we have our answer.

Its up to IMC to balance that, and IMO they really doing a bad job at it ever since Goddess Patch

interesting. to me its bad since july 2017.
never seen as you as whiteknight or doomsayer. your memes post are somewhat proof.
dont take the sarcasm joke too deep.
whatever the questions are, good luck on it 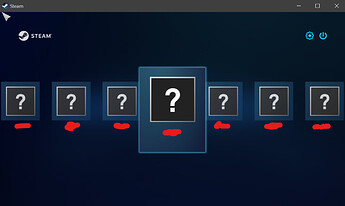 still highly doubt on the random part, if its open random they couldve publish it
but if it really is, one of my account shouldve receive the message in game
though i wont be able to help you for that simply because im unmotivated and lazy

My bad, was talking to the post above yours. It was something I was thinking about this week, the player base at the moment is teetering around the 500-player mark. a guild can have up to 95 players (I think). The whole player base of IToS across all four servers can barely fill 5 guilds worth of players. Even if one were to assume Fedimian is on the lower side, that is an awful number to think about.

To be fair, I don’t know how IMC base their decision on the selected players (I assumed it was whichever whales they knew). If this occasion isn’t the time for IMC to wake up, I guess it’ll never happen, maybe IMC is way too busy with their new ToS Mobile game.

(This topic urged me to have my first post among my 5 years experience in TOS.)

I strongly feel that this invitation message implied that IMC may cannot keep this game alive with current situation. Although I agree that this interview is a good step to solve this game , I have some concerned questions like

Probably whichever whale in itos can speakreadwrite korean since their translation team s*cks
The interesting part is the playerbase situation in ktos isnt that different as I saw many complain about the declining playerbase in tos nexon forum even in latest patch comment section
So I guess they can execute this interview because the situation between ktos and itos is pretty much the same
No matter the result they won’t be able to execute what majority expect because they still busy with their endless rebalancing homework
Its like keep stacking your homework, you busy doing the old one and the teachers keep asking you for revisions so in the end you can’t do the most recent one, only bare minimum effort
Only if they call it a day to skill rebalancing, at least not this abrupt and intense, make a fixed game core, they can move on to actual game progress that many players (that probably already left or just here updated) hope

So I got one of those invitations. I’m not so much a whale, although I do spend here and there. I thought they might have chosen me, as I’m player since day 2 of official release, and I figured they might ask “what keeps you in the game” as player retention is the main issue.
However, it’s unclear how they want to perform the interview - ingame? If it’s ingame, choosing working times for the appointment is a bad idea, which they did. I could do a zoom or teams meeting during working times, but not ingame. For me this will show how interested they really are in that feedback, if they can reschedule for me.

look like they are in game, a guildmate is having interview ingame as I’m typing this

My guess despite his ignorant, Josh Strife Hayes did hit hard on TOS…

Any news with that interview of his/hers?