IMC, please give Telsiains a second chance to redeem their sin

Greetings!
I am one of the Telsiains survivor, reporting in from ground zero the day after the NY incident:
-Market is at stall because most of the whale were snapped
-Moringponia and the others demon lord were idle waiting to despawn because most of the WB hunter were snapped too
-Uphill NPC were lonely nobody approached her
-Empty tent everywhere at outer 14 15, looks like outbreak scenery
-Most of the survivor are in doubt to go saalus and DG because there is no official confirmation that the bug has been successfully decontaminated.

@STAFF_Bob i suggest, instead of permanently banned, please give the bug abuser a second chance to repent their sin. Bestow a slightly-lighter-than-ban punishment to anyone who reach you and plead guilty. For example: confiscate all their silver; give 99%tax(14days) to their marketed item; etc

Maybe the person below me has better suggestion for approriate punishment? or for the banned one, what would you sacrifice to get your ban lifted?

Maybe the person below me has better suggestion for approriate punishment? or for the banned one, what would you sacrifice to get your ban lifted?

Remove all items that were already exchanged with coins and not reset the exchange limit. 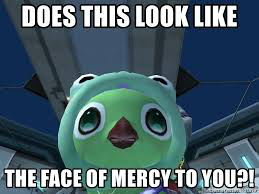 yo stfu give me the answer its perma or not? if its perma just uninstal this stupid game , become dead game already done damit

They are not doubting about the bug if it was fixed. Obviously it still unfixed.

They are doubting about if this game are still worth playing when the devs are snap half of the player base without a second thought.

At least there is a light in the darkness, but I am sure that answers won’t satisfy banned players until they got their account back tos forum will be a salt farm.

Just ban them until the end of the event.

that bird face…seems oddly familiar, where did you get that?

looks like from Phantasy Star Online 2? i forgot the name of the bird

Just ban them until the end of the event.

Them people that lucky who not got banned or even involved to the abuse will be later got banned for exploiting Fued, Territery, WB, and other etc multi player event. 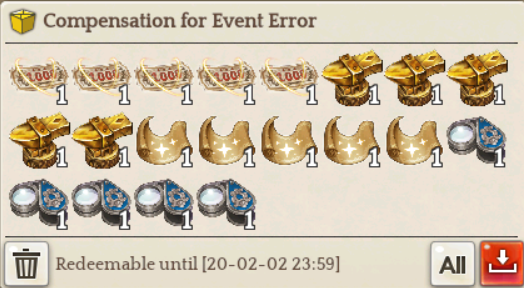 The only issue IMC had is accidentally banning people who were unintentionally exploiting. The ones who were blatantly abusing it should be banned.

So if you’re referring to people who accidentally got coupled in with the actual abusers then yeah they should get unbanned. But the people who didn’t get banned at all aren’t “lucky”.

IMC need to ban those to exploited the event, not give compensation , show them no mercy

I got compensated and I didn’t use or abuse bug nor got banned…the IMC for free junk… I…mean feee stuffs XD.

To be honest,I don’t even know anything about this bug that people are exploiting from the event.The only bug I know is where people are exploring the Art Bug which IMC only punish those who talk about it in details but won’t ban the abusers LMAO.