So I think that you guys down at IMC should honestly just start distributing warnings (or basically threats) to people who use the forums strictly for crying and complaining and/or at least the ones who only log on to bash you.

For example, how hasn’t the guy named IMCisgreedy been forced to rename or forum banned?

I’m not saying these players should be given any kind of in-game punishment. They very much should not. However, most companies do give out forum misuse warnings, temporary bans, and permanent bans, to players who use the forums for nothing but negativity.

For one, the players who do truly love the game are often demoralized by all of the “IMC sucks this game sucks dead game lol” posts they have to sift through.

For two, new players who lurk forums before deciding to play a new game or not (a large amount of people actually) may be turned away by all the shenanigans all over these forums.

For three, the customer is not always right. Especially non-paying customers. “I want this and that and we need compensated and my class sucks and optimize the game or I quit” is just as annoying to fellow players as it is for you guys to read. And when they are compensated or apologized to or whatever it’s almost sickening.

I realize it’s your job to remain professional and I’m not suggesting you stop but even telemarketers are allowed to hang up on someone if they’re being harassed.

Put an end to these sloppy cry baby forums so we can have a nice place to discuss relevant stuff.

No, freedom of speech exist for a reason…

I might disagree with the raging, but if it doesn’t break any rule there is no reason to ban…

who will I slap if everyone behave… Freedom of speech does not exist on this site per se, not if they don’t want it to. The owners of the forums decide what is and isn’t allowed to be said. Not your country. Not anyone’s country. Most game companies do not let the levels of slander go on on their forums that IMC does.

i know i have posted this somewhere before but.

It is true that this forum is full of racial slurs.
I for one know that there is this guy who is so racist against Filipinos. I find it hard as an American to see this. Knowing that this said guy also posted his picture here being another asian himself. idk.
Good luck on getting an answer and a solution to this @Xanthiris

Agreed, this place would be better without those people around. They spread nothing but repetitive hate. I can understand for 1 time but doing it over and over again then clogging the forums of recycled whining offers nothing but insult.

Put an end to these sloppy cry baby forums so we can have a nice place to discuss relevant stuff.

how do u expect to discuss anything if you remove all the people with opinions you don’t like?

I have NO idea why my acc still exists tbh 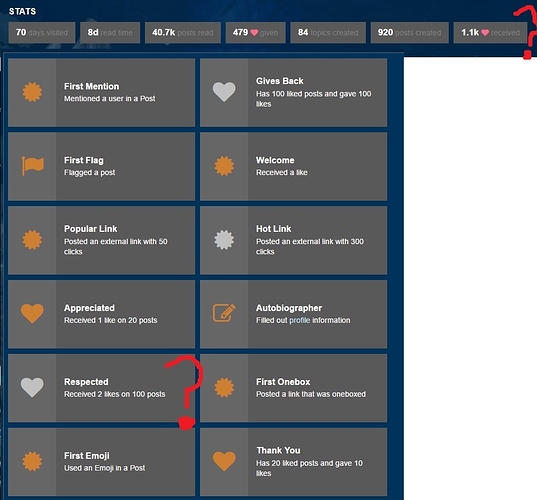 or maybe my very existence is proof enough that IMC doesn’t care about the forums? or maybe IMC thinks i am funny too? maybe they are too busy with all the other REAL problems they have? maybe they hate me but know i haven’t done anything truly offensive so they don’t ban me
maybe i am on some list in IMCs office that says ‘‘ban immediately the moment he does something across the line’’

I don’t really know what to tell you here

It’s not about whether or not it’s an opinion I agree with. I enjoy having arguments and debates and changing other people’s opinions and perspectives and having mine changed.

same with momohime the richest botter to ever exist

for you to call me out specifically though when i have seen much, much worse on the forums. I must have a special place in your heart

You are a failure as a troll.

Actually he’s pretty entertaining sometimes and although he does troll with his name and I don’t always share his opinion, most of the time his posts make more sense and contain more points than a lot of other stuff. 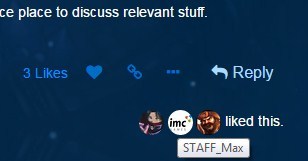 Back to topic: Those are the posts that need to be heavily moderated:

Dude, please, do everyone a favor and kill yourself.

Stat Reset or Delete Account, anyone else feeling same?

why dont u go su!c!de OP if ur life sucks

So after all, this isn’t about freedom of speech…

Even the God used flood to cleans the world from filth. Why cant the forums do the same? Let those people ask PETA to hear their rights.

Yeah, looks like you think everybody has the self-esteem of Mt. Everest and can withstand trolls like you. But that’s not the case.

Obviously 99.9% of the cases where you tell someone to suicide they won’t, but that one case where it happens (and it does happen) should be worth a lot of time and work to ban ppl who shitpost like you did.

I kinda understand your attitude, but it doesn’t help the matter. Of course this is only my opinion, but that’s why this thread exists. Thanks for sharing your thoughts and kind of proving my point.

@STAFF_Max, @STAFF_Amy, @STAFF_John, @hkkim I know you guys got other To-Dos on your list, but OP actually has a good point in his request for more moderation and harder sanctions in this forum.