This will be a general overview of the comparisons between the 2 more popular variants that combine w Taoist + Chronomancer after testing from the latest patch recently. Post is meant to facilitate discussion.

Cryomancer is a simple class that is not only easy to play but also outputs a good amount of damage reliably. Frost Pillar is a fantastic tool to CC + damage on multiple targets in a wide radius. Ice Bolt, Ice Pike and Ice Blast are “fast” spells which can be used quite quickly, meaning you have time to do other things at your leisure.

Due to how simple the class is, there aren’t many complex things to watch out for. You would just need to keep track of certain timings to combo well.

When Cryomancer is paired with Tao+Chrono, it further boosts the overall damage potential higher with natural synergy of Backmask being able to reset Frost Pillar’s duration along with Fire Charm + Snow Tempest Charm. All of the Taoist spells are also “fast” and without much of a delay, this means that there will be a 3-5 seconds of downtime after your full rotation. You can use this downtime to buff up, debuff the enemy or simply reposition without any loss to damage potential.

Overall, this combination of classes would provide you with a less stressful and comfier playstyle that caters to both mobbing and bossing content.

Fire Charm is 13 seconds duration while Frost Pillar and Snow Tempest charms are 10 seconds of duration. Frost pillar has a slight cast time even with Quick Cast activated so this is perfect to line up the duration of all 3 of the tile spells to be as close as possible for maximum value of Backmask usage.

You should use your extra 9x skill pots from leveling rewards into divine punishment to bring it up to lv13. 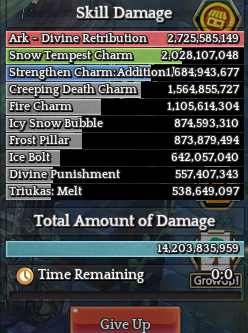 Keraunos is a complex class that can actually be condensed down into a semi-simple style of gameplay. The AOE potential of this class is absolute dogwater (relatively speaking to Cryo), but its Single Target damage can be said to be the highest in the game.
Keeping Current stacks up will be the baseline of dealing damage and this means you will be wanting to Auto Attack as much as possible using Electric Current.

When using Electric Current to AA, you will have a chance to reset a random offensive spell CD along with a separate chance to refund the CDs via the temporary Spark Buff if your timing is good.

The main damage source of this build is basically Lightning Spear. This spell when combined with good gearing and a few other factors has the possibility of achieving over 1,000,000% sfr worth of damage on a single target within a 30-35 second time frame.

When using your other spells, they will reduce the number of current stacks on the enemy. This means you will want to keep AAing during the duration of both Static Field and Electric Orb to ensure they continue to do the maximum possible amount of damage.

The addition of the Taoist and Chrono classes do help with the AOE abit, but not to a good enough degree since all of your attention is mostly on single target AAing.

Due to the nature of this build getting max value as you AA more, you will need to adopt an aggressive playstyle of AAing as much as possible along with keeping up with the timings of your Fire/Snow Charms for Backmask usage. This means that the build has virtually no downtime as all excess time is spent AAing to roll for resets. The result of this is a more risky way of playing as time spent repositioning/buffing/debuffing equals to potential loss of damage. Be careful of being too greedy with AAing as it can lead to a quick death from eating big attacks to the face.

Overall, this combination of classes would provide you with quite possibly the ultimate peak of single target damage at the cost of a more focus intensive playstyle which has little AOE and higher risk of danger.

Compared to the Cryo build, you do not need 1 point of Eradication for filler since all your fillers are AAs in Keraunos. You will want to stand still and AA for the duration of Electric Orb and Static Field to ensure they deal the max amount of damage. This is to keep Current stacks at max due to both the spells reducing Current stacks.

You should use your extra 9x skill pots from leveling rewards into divine punishment to bring it up to lv14.

This is a very specific Korean variant of the build in which you do not take any points in the other skills of the Keraunos class tree except for Electric Drive, Lightning Spear and Electric Current. This ensures that the random skill CD reset of Electric Current via AAing will always land on Lightning Spear. The playstyle of this variant is basically AAing to use Lightning Spear as much as possible, if you happen to get lucky and get the Spark buff as well during the AAs, you can cast Lightning Spear twice in quick succession before returning to AAs again. There is also a Side Variant that includes the leveling of static field too for the VV4 effect (this is the stronger subvariant of the KR type, lets call this KR+).

You should use your extra 9x skill pots from leveling rewards into divine punishment to bring it up to lv14. 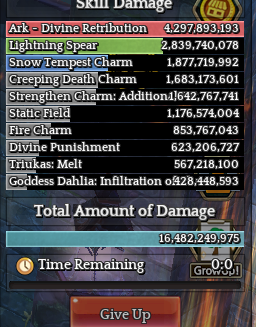 In the CryoTaoChrono build, your attention can be split equally between both Cryo and Tao spells and the natural synergy between them makes it very smooth to play without much stress.

In the KeraTaoChrono build, your attention is mainly on the Kera AA mechanic and the playstyle is less smooth with more focus required.

so 14 point remains unallocated and this is how i put it in:

i put 1 point on both Flame Radiation and Eradication - but it doesnt really matter since the damage will be low anyways
But if you want to min-max, here are my computations for the damage output(by paper): 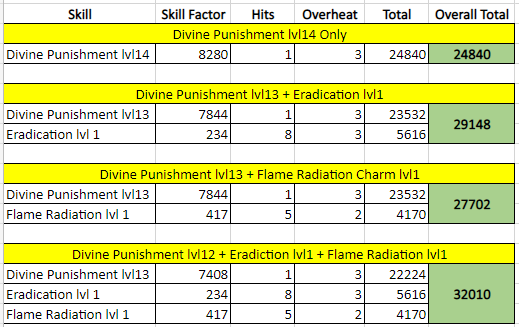 Note: SFRs were taken from Tavern of Souls - no enhance arts and attribute, so the final SFR will be alot more bigger

Aside from slightly higher damage output, it would be great to have more filler skills when your big skill are in CD(you wont just run around or stand for like 5-10sec lol). And also it will be good for clearing weak or low HP mobs in CM/Res Dungeon without wasting your big skills.

PS. just sharing, can point out if i got something wrong

@Shalala
This is a good idea to do as a baseline allocation.The spare 9 points of skill pot should basically be used on Taoist anyways and its based on personal preference.

The extra fillers will help newbies out with the rotation in early to mid content.

Do keep in mind though that divine punish gets extra damage multiplier if you full cast it instead of tap and go.

Also in end game contents you would generally be moving alot to reposition so sometimes there’s no time to cast flame radiation. So the value ratio isn’t so clear cut in practice.

Nonetheless I would also reccomend to use flame radi 1 eradication 1 and remaining points into punish as well. At least until the player is more experienced with fine tuning the build to suit their gameplay style

Great guide! I was wondering for my wizard if I should replace Taoist by Keraunos and after seeing that Taoist was buffed I think I’ll keep Taoist. I still need to understand how the Keraunos class works, seems like it’s very hard to play so I’ll playtest it more on my Moroth char. This sure will help, as I had no idea how to plug in the AA mechanic…

Is it possible for you to post a pyro variant?

Pyro is generally a side grade of cryo variant, they play similarly since pyro also has alot of fast spells.

The problem is that pyro is just unfortunately weaker than cryo atm just in terms of everything. If you refer to the rating system above, pyro would be something like:

Hello,
What do you think of the cryo-tao-elementalist?
Is the damage difference really huge vs chrono?

Everyone is chrono now and it starting to get annoying when you fck up each others rotation with back mask.

its usable, damage difference will will be quite noticable though, you can think of backmask as almost doubling the duration of your main dps spells, which means it can be compared to a x2 damage increase.
Having pass also helps increase it further as well.

in comparison, elementalist’s main factor is the 40% additive bonus damage buff which does increase damage but not as much as 2x like with chrono path. 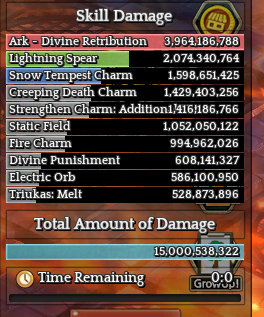 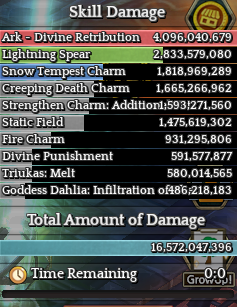 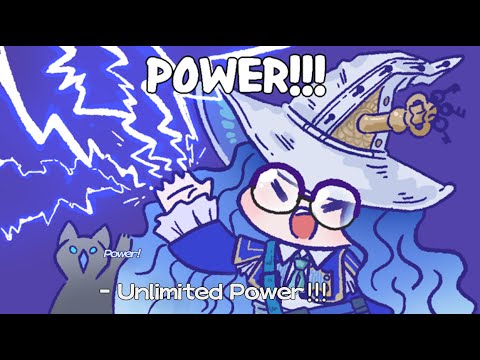 Gameplay showcase for keraunos in bossing scenarios like wbr. Should give some players an idea of how the build works + its unique playstyle.

This is the KR+ subvariant in action. 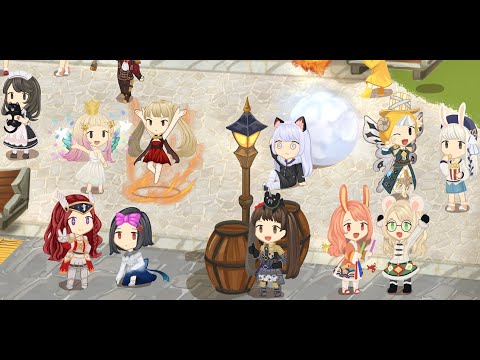 Gameplay showcase for Cryomancer in bossing scenarios like wbr. Should give some players an idea of how the build works + its comfier playstyle in comparison to keraunos variant.
Do keep in mind though that Cryo build is much more usable in AOE mobbing and has increased survivability.

In general(in KRtos), it is recommended to liberate res sacrae only when key skills(electric drive etc.) are available.

Cryo tao question again…
Is it better to wait all circle to be available then use all and back mask?
Or just throw it all once available and prioritize backmask on maybe frost tree or snw charm?

generally you can time it so that when you pass, your backmask+all your circles are up at near similar times so its acceptable to offset by 1-3 seconds for backmask prio to get max damage value.

if you happen to screw up the timing due to rotational errors or playstyle, then you can just prio on backmasking snow charm + pillar.

general rule is that its only a few secs of wait time(1-3 secs) then you can offset and wait abit to get max value on backmask. Otherwise generally best to focus on pillar+snow

Pyro is generally a side grade of cryo variant, they play similarly since pyro also has alot of fast spells.

The problem is that pyro is just unfortunately weaker than cryo atm just in terms of everything.

Great.
months ago people complain in ktos or even here like this one

Currently Cryomancer is not fit for either PVE nor PVP and it’s performance is heavily tight to Ice blast interaction with ice wall, which is a skill that hinders your entire parties performance because of its AoE defense ratio and movement blocking. I do believe though that giving Cryomancer a unique gameplay that involves playing around ice structures and ice blast is DEFINETLY the way to go. And so I’ll explain what i would do about it in the following post. Ice Bolt: a simple freezing tool…

Now it’s good that it’s even outperform red pyro.
Talk about how great they balancing things.
I know they try to break old pyro chrono tao/sm meta but they break it by creating new meta problem lmao.

I only wished for cryo to work around ice blast and they even removed ice blast dmg increase from VV. now it’s just another xD backmask xD class. Sadge