Things that we know so far:
-Fletcher polish arrowhead attribute will cause ultra lag.
-Ranger critical shot buff can goes beyond +50% crit damage (with critical shot gem+ oracle divine might)

How do you mergeners plan to redistribute your skill point?

My preferred build but instead of ranger - I have Appra. This is in context of a channeling / fletcher vvr build.

Interesting! Oh and if you use reinforce bowstring, you can decrease bodkin to lv 2 (+3 from vaivora bow fletcher) and add more points to broadhead for longer bleeding time and more DPS. Because having more than lv 5 bodkin is waste, boss/elite pdef reduction maxed at -15% (lv 5 bodkin)

Right - i skipped the fact that bodkin is now capped at 5 lvls :v

Also could you give a technical explanation of how you ranked DPS of the Skills? is this SFR*hits?

While the boss cap at -15%, -def reduction also only applies at halves value. So level 5 bodkin only reduced 7.5%. 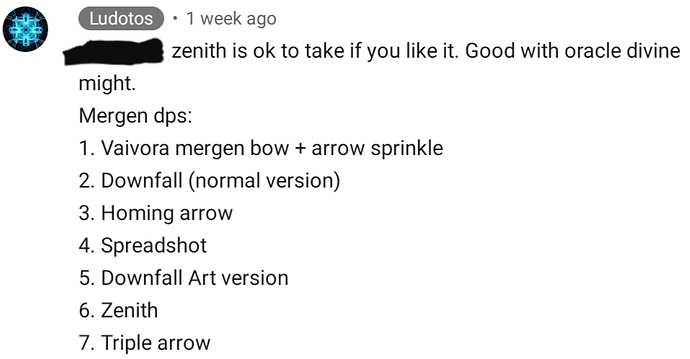 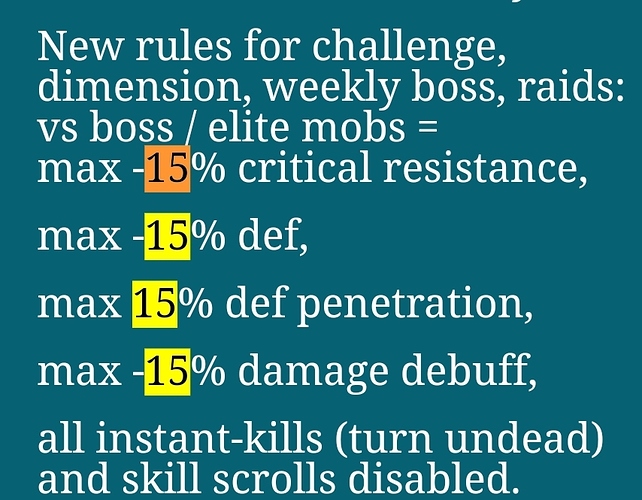 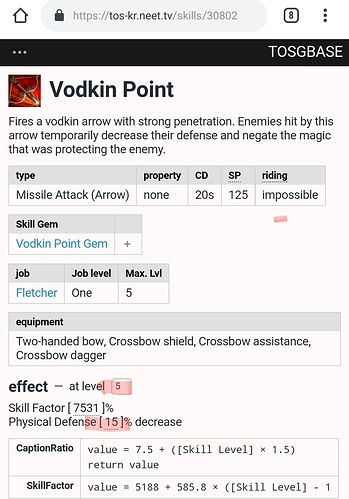 It’s in our patch…and why are you using dead database? Because current devaluation no longer have such description. That’s because they standardize the rule so the description is redundant. Look in sept-october itos patch. The info seperated in few patch.

Only half of the value and duration of decrease effect applies to the Boss and monster with [Strongness] buff.

Because i remember devaluation had that description and i thought the description got trimmed in newest patch. Would you be so kind to provide us the link to said patch?

Still Bodkin is like a wooping 15000% modifier skill in one cast with just 5 levels.
Bleed can easily sustain by other classes/ cards, no need to waste extra point on bleeding arrow XD.

Also none art downfall higher dps than art?
I find it hard to believe. You have to understand what dps is.
It is damage over one second, and normal downfall takes 10 full seconds to get the full damage= low dps. Art Downfall concentrate all hits in 2 seconds (0.06 per hit with 1000% modifier per hit)

The reason for more points in broadhead is because the bleeding damage from it actually hurts, it’s a cast and forget skill, it’s like another downfall, who wouldn’t want that? look at the sfr again, it’s actually very high for a bleeding skill.

This is a good idea if you won’t use fletcher vvr but still put fletcher on your build.

Man, I’m having old school TBL flashbacks from that.

where did you learn maths?

besides, the art has been changed, no more CD reduction.

DPS is damage per second.
You should change the wording.

Can’t say exactly for TOS but for some games dps is more important since dealing damage over short threshold of time to get past boss phase is a thing.