[Ball] In the end... we'll be together forever 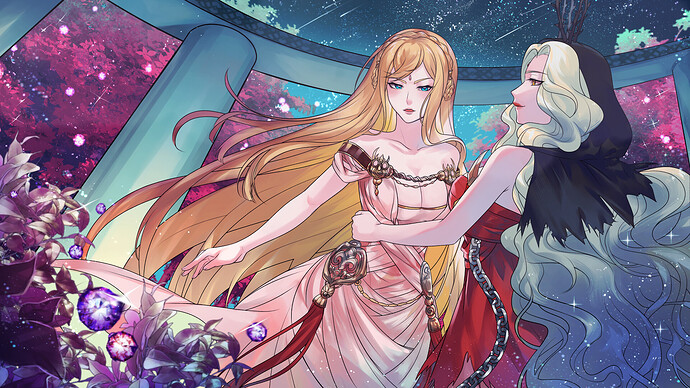 Once upon a time …

A goddess named ‘Laima’ she tried everything to help her sister ‘Giltine’ become a goddess once again.

In the end, the two were back together again.

…Even if it’s just a dream…

Finally, I was able to submit my work on time.

I did a lot of research on the characters especially the costumes and accessories because that was the hardest part of drawing these two characters. Including the background as well I was trying to figure out which scenes in the game would affect the atmosphere for the two of them.

In the end, I chose the demonic sanctuary because for me it was. In this scene, it was like the beginning and the end of both of them. Especially the pink tree(?) that seems to be a good identity here. 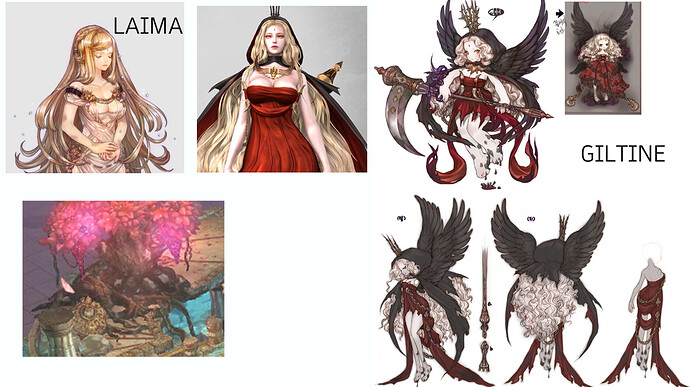 WOOOOOOOOOOOOW!! NARAK ARTS FROM NARAK GIRL!!! ^^ keep it up NTZZ

In the end, the two were back together again.

…Even if it’s just a dream…

The dream would come true right ;w;
So its REEEEEEAL!!!
Plz be together foreverrrr

This is an epic artwork NTSS, Suay mak mak

I hope this work will bring me an reward from imc.

I hope so too

Hopefully in the future there won’t be any more drama about them.

Diony
I love you fanfiction too!!

I spent a lot of time doing this work. I hope it’s rewarded.

ooooh~ i like the vibrant color choices here * w *