I remember I got attack when I try report Pazu in sigita days. Now I know why. BOT Report SIGITA

Sounds like foul play to me. Getting kicked and taking revenge. Kinda strange to mention names after getting booted for bad behavior and stirring problems. I personally think this videos doesn’t proof much, it could just be a player who is playing with ultra-low settings.

Who cares about the back story - you kicked him for whining about botters. I get it - it’s whiny so that’s your business, but he’s not wrong that botters still bring the server to ■■■■ and is completely illegal.

This basically just sounds like you’re defending a botter, your own guildie TBH lmao, screenshots and videos show every proof he is a botter. Whatever narrative you pose, still doesnt change the fact that Avon is clearly botting(movement, setting up camps, no reply - unless Avon/Muffin himself can prove otherwise. And that’s the topic of this thread am i right?

Quite sad seeing such a big guild in TELSIAI even try to defend him/change the narrative here… which a lot of players thought happened to be a good and clean guild. Shame

@philip.co1337 Thanks for reporting bots. BTW the video already tell story itself, no need to argue, and u know you’re trying to make excuses for Infinite guild these make it worse. I will sit chill and follow this topic so much fun rotflmao. 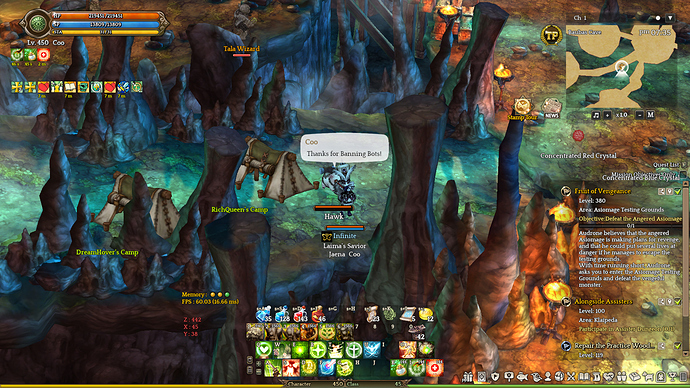 hope our GM can check out on all the bots in the game soon! Just wondering, why didn’t the report on Avon came out earlier? I mean, people in infinite oledy knew Avon was botting right? Is this some kind of staged revenge or something? Seems like a staged to me, how would a botter openly admit that he is botting? He said it in public chat too. Doesn’t make any sense to me at all.

I partied with many infinite members in cm and they were mostly fine players. All i can say is, there are black sheeps everywhere. There are always few of these players that bot in secret, or enjoy the benefits of the guild and bad mouth the guild when they leave and such terrible personality is intolerable. None is better than the other. Wish infinite all the best going through this scandalous time.

A lot of first time posters here created hours ago. Not suspicious at all.

A lot of first time posters here created hours ago. Not suspicious at all

This is the first time AltAccount has posted — let’s welcome them to our community!

There is nothing wrong with posting for the first time. Suspicious or not suspicious, it doesnt change the facts. The thread already tell story itself, no need to argue. It is clear to everyone that the infinite member is botting, it is also clear that ex-infinite is trying to tarnish the reputation of his previous guild. Does it make any difference? Dont try to explain to me the cup is half full or half empty.

nope, your question is irrelevant. why do we need to care about what matrix did. the post is regarding a botter. sounds like YOU are whining here.

grow a brain? you are trying to answer a rhetoric question, so obviously you are not very bright.

the way i see it, if YOU are a botter yourself, i can still see you as having some sort of a small brain and try to cover your mate. but if YOU are not, then you’re just like a dog who simply protecting your owner who are clearly a botter. your reply to @zaief2 is stupid as well, just by repeating saying “absolute proof” and asking what is “absolute proof” doesnt make Matrix’s evidence useless and does not make you look any smarter.

As for the reason why Matrix is kicked from the guild is simple, he crybaby about every single botter he see, from guild chat to world chat. He named guild Merchant, AVARICE and many other guilds like 200IQ calling them guild of botters, GL of Infinite warned him numerous time to stop flaming other guilds, he refused to abide to it

is Matrix a crybaby?maybe. WE DONT CARE. but base on YOUR statement here, he is consistent in the battle against botter. and i can respect that.

He is sour over it, so he choose to take some videos of Avon botting and report it in the forum.

so you agree the 3 video can be consider as evidence? you contradicting yourself here…

As for people who are reading the thread and not affiliated to any of these players , please take note of this player MATR1X, he is a troublemaker in Telsiai and a toxic in the community. He got BANNED from the forum for whining by the GMs. Beware of him when you are making your recruitment. He can backstab you anytime, anywhere, anyhow.

i find this very funny. yep, maybe he whines alot. but, base on YOUR story earlier, he whine about botters even from his previous guild. and botting is clearly against the rule, so his whining is justify. and for you who say he is a “troublemaker” and “toxic” base on THAT behavior alone is hysterical. so whoever complains about botters is toxic? toxic to the community? what do you mean by that? the botters community??? “he can backstab you anytime, anywhere, anyhow” yea if youre botting.

wow so many keyboard warriors here, this is a reporting section for bots…go cook your beefs somewhere else 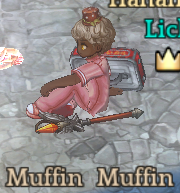 Thank you Shrimperino and everyone for showing so much care and concern. We do not condone botting in Infinite. I do not have any double standard in the guild. Avon / Muffin is no longer with Infinite.

Sorry for the delay as i am busy with my stuff and i didnt know this post could be a hot topic.

For Matr1x issue, yes he was expelled from Infinite due to his actions. He was shaming/accused other guild (Merchant) for botting and he has been removed from Infinite as well. We do not accept any accusation or botting in Infinite. If you have any prove/evidence, post it here like what you did instead of shaming/accusing other players/guild in Shout. The GM of TOS will do what they need to do to the botters.

We have done our part and the rest is up to the GM. Thank you everyone for the concern once again.

To Shrimperino, i do not know you personally and from the way you talk, you seem very unhappy and i understand that. Before you accuse me for being a double standard guild master, I need to know what is the situation and evidence before i conclude any decision. Even before i had the chance to go to the forum and check what is it all about, you have accused me as a double standard guild master. Your accusation is strong.

What is so respectable about a pot calling the kettle black? I don’t condemn botters but I see an issue with a person who practice what he condemns.

Muffin chose his way of getting stronger by breaking the rules and what is wrong with that? If you want to be a King, stop thinking like a peasant. And before you speak futher, open your eyes, your governing body, the riches, the one in power in this world is the greatest prove.

Frankly speaking, it is just matter of getting caught or not. So if you are here to shame or to lay a guilt trip on Muffin, you are definitely a joke. At least Muffin’s effort is what is respectable and not a pot calling a kettle black.

Are you actually retarded enough that you defend botting?

[edit1 and 2] not sure why you are trying to flag me for calling you out on defending botting(?)

The world is never short of people who are striving, be it abiding or going against the rules. Muffin chose his way of getting stronger by breaking the rules and what is wrong with that?

Frankly speaking, it is just matter of getting caught or not. So if you are here to shame or to lay a guilt trip on Muffin, you are definitely a joke. At least Muffin’s effort is what is respectable and not a pot calling a kettle black.