Anyone test Appraiser since changes?

Was running Ranger, Fletcher, Mergen, but decided to try it as Ranger, Appraiser, Mergen and like it so far. Don’t know how the numbers compare between Appraiser and Fletcher though. 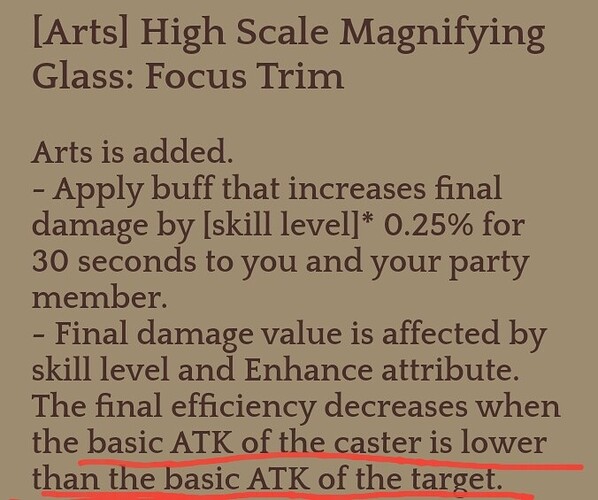 Even if the effect is reduced, it still has other benefits and gained more damage moves with high SFR. It can do damage and not just be support. Though I don’t have the resources to go back and forth and compare it to fletcher.

True, though both Vaivoras can be used with the new Dual Weapon System. However, appraiser doesn’t have a vaivora as of right now.

Good point about the bow damage. Though fletcher is the only other option that uses 2h bow and it feels mediocre imo. What do you mean by use “3” vvr coordination?

Also what about QS makes it worth while?

They removed this as well. The only reason to use a dagger is if you feel like using a Swift Ark to really max out your basic attack damage.

what about QS makes it worth while?

All the additional damage that Quarrel Shooter gets pairs nicely with the +50% final additional damage on homing arrows that Arbalester gets with one of its Arts. Quarrel Shooter also has a few high damage skills, such as Rapid Fire and Block and Shoot. Scatter Caltrops can also be thrown in to deal even more damage and generate more homing arrows while other skills are being used. If you’re using Double Marking (especially at Lv4), you’ll be seeing a lot of homing arrows.

Having a shield equipped is necessary to use not only Block and Shoot, but Deploy Pavise as well. Between increasing the damage of crossbow attacks, improving Scatter Caltrops and Stone Shot, granting up to 50% hp buffer with its Art, and knocking down/bleeding nearby enemies on initial use, it can be a very useful skill. Rapid Fire is also improved when a shield is equipped.

To put it simply, the class has

If you ask me, though, I just like that I can use Running Shot boosted basic attacks while Dead Zone is active. Having decent defenses, hp, and block, the Balinta set, a Demon Lord Helgasercle Card, and good range and mobility make the daily Reclaim and Retrieve quests feel like less of a chore, which is a nice bonus.

Actually, nevermind. It seems like daggers just inherently increase physical attack by a portion of their attack stat when equipped in the offhand. Must have been an Ep13-2 change I didn’t fully look into. As previously mentioned, though, having a shield equipped lets you use Block and Shoot, among other benefits.

Going back on track, though, I’m not sure if having Appraiser outside of ID purposes is worth it anymore. Unless I’m missing something, the skills it has now don’t really compare to Overestimate. I’ve been using Fletcher, and it at least feels like it’s a worthwhile replacement for Wugushi on my crossbow build.

i think qs have attribute converting defense to attack, top qs player using +26 armor set with +16 weapon , with increase damage limit they can make channeling build that do a lot of damage because arbalester attribute is work like punishment ark with higher chance to trigger, i don’t think other archer class can beat arbalester

Only thing I could find regarding dagger attack being converted into physical attack is the patch notes from March 30th saying there is a new attribute called Dagger Mastery that converts 30% of the dagger attack into physical. It’s not in the skill list in game, but the effect is there when I equip a dagger.

What art gives additional final damage? Only art I see is the one that gives Dead Zone more targets while also increasing the cd. Also did they change how additional damage works? As far as I’m aware it is flat damage added after damage is calculated. If that is correct I don’t see how adding a flat XX,XXX worth of damage does much when we are dealing millions per skill.

QS doesn’t convert defense anymore. It will add additional damage equal to 50% of your physical attack. From a pure dps point I don’t know if the 20% damage increase from passive would be more or less than using a dagger offhand for more physical damage which also means more additional damage.

I was using fletcher, but have been using appraiser since the changes on Tuesday and like the appraiser kit more. Though I don’t have the resources to respec back and forth and see which one performs better overall.

I’ll answer both of you.
Goddess gear armors have a passive turning 40% of their enhance into attack. That’s why they upgrade armor.

For scalings, check the dev blogs about goddess patch, the “dagger mastery” thing is a base mechanic of the game now.

You can now use two sets of weapons and their attack is averaged out, stats added, so you can hold 2 vaivora coordination, 1 qs vaivora, 1 arba vaivora at the same time.
QS will have less attack than a build with two sets of daggers for this reason.
QS’s spell Block and Shoot uses 15% of the defense of your shield as attack, and it’s your Tier 1 skill.
QS has now a passive increase in additional damage, but it has no impact in the current meta build.
Arba has a passive increase in additional damage dps, with his “Targeted Arrow” art and effect, this has no impact on the meta build.

QS combo explained:
You need a shield to cast block and shoot
Now that you can equip two vaivora at the same time you can run QS and Arba vaivora.
QS lv4 vaivora gives you x2 hits on your strongest spell (block and shoot).
Arbalester targeted arrow attribute gives xbow and alltype spells 50% chance of dealing 50% damage again (when boosted with the vaivora).
Ranger gives +50% final damage on crits and a % damage boost and damage spells.

If you want to try exotic builds, you can try swapping RANGER with APPRAISER, your overall dps will decrease, but not that much, and your allies will all get a boost in dps.

Yup, definitely worth upgrading armor first. Slightly less attack gained since it is 40% compared to weapons 50% (since dual weapon system takes average), but you gain defense at the same time.

I don’t see how swapping ranger would be an ideal choice. Both appraiser and mergen force critical hits as they both have minimal crit chance which capitalize on Critical Shot and steady aim provides 42.2% with gem. That is why I refer to swapping out fletcher. Plus idk fletcher doesn’t feel all that impressive anymore.

If you ask me, though, I just like that I can use Running Shot boosted basic attacks while Dead Zone is active.

One of the best feelings.

Ah, normally you can see the arts in the skill list. Had to go to the archer master and look for it in the crafting section to see it.

I’m spoiled from before re:build happened when it comes to running shot. I built around using it as my main skill and was a turret with kneeling shot. Though I’m glad it’s back, it is filler while other abilities are on cd.

Appraiser has a final damage +10% buff, another 10% final damage on crits buff and 16% min crit, a defense debuff and several skills that do ok damage.
We’ve tested and you gain more than you lose overall in a party setting