You can slowly see more and more of us players leaving

so its kinda easy to find out whats the average player count per day is and how many players the game gets per month logging in to actually play, in Jan 2022, there were only about 600 players playing then, this month its about the same, but in September 2021, it was roughly a thousand, and then in like september 2020, tos had about 2k worth of players, and you can honestly see players are just slowly leaving over time and not actually coming back…

LOL! What are you talking about, loser? We’ve been at 30k players since launch… 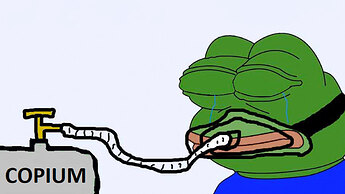 Ah, that hits the spot

The others have just gone afk for a bit, that’s all… they’ll be back in a minute… you’ll see… 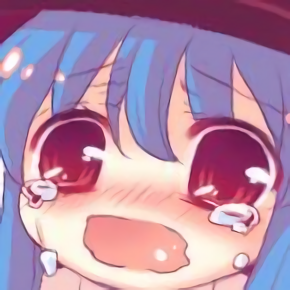 Imc too good on makes stuffs irrelevant, thus makes most game contents irrelevant as well, pretty much a state of most mmo out there that almost hit an endgame, as the journey part end or on hold and the rest is grind or meddling with content rng to keep players in a loop

Tos revolves around endgame grind so much, cosplaying cute costumes and flexing abysmal rng pet. That’s why they try to make people jump, even for free, just so everyone can jump to the fun(?)

Don’t get me wrong, I loved the game, it’s just sad how it turned into.

Don’t worry: your plethora of smart suggestions will save it!

This game has been going on heavy combat system overhauling several times since 2017, with the following results achieved:

Since the game is kept alive by people like those spending thousands of $ to get a virtual mount, all of the above is irrelevant to IMC.

I doubt that
imc significance in global game market as developer and publisher lies on two games only which are ge and itos
If they shut down itos their relevancy as game developer and publisher in global market will get even worse
Probably only until they release tos mobile or ge mobile which been teased since 4-5 years ago then the chance is bigger for itos to get shutdown
Hence there’s still tons of game, mmo, with less than 100 population on steam
It’s obviously not massive multiplayer online game anymore but more of an indie games
Tos should changes they way they approach their loyal p2w customers to keep them pay so they can still come up with “contents”

Tree Of Savior - Chat with GM Mango - YouTube To be honest, i feel scammed by the actual team behind this game, i had mango come talk to me, personal i feel like they only cared about what they wanted to know and not what i though but as soon as i suggest things about the TP Store they showed interest, its a common marketing approach and honestly i feel like iv been used over this…FIX YOUR DAMN GAME!

How the days would that help?

If you don’t get the sarcasm, Don’t ask me
Ask imc why they keep give players exp tomes each times they manage the game badly like it can redeem themself from their incompetency

About time . Years of zero competition , yet they do the same thing over and over again. Just looping the same lazy solutions. It’s a miracle it kinda flatline till today.

The quality of communication between staff and players is also non existent . Awhile back we had a certain staff with too much communication with a single particular player

Maybe current players should peek at how the GMs hosted community events in game and on forums in 2018 . This interview is a joke and insult to you players

The competition still there but only bare minimum among gtws and wbrs. If all active gtw guild combined that makes the current peak online numbers somewhat make sense, even when it’s 15v15, because out of that the game is pretty much close to empty, yet idk why it keeps saying it’s around 1k ish when it’s actually could be somewhere around 700ish. Pvp never were big part of the game and the pve only about repetitive instances.
What’s going to be funny is they gonna implement party search which gonna show how sad the situation is. If they even showed the actual queue line of pvp, that could be somewhat miserable cause most of time in any mmo pvp is that one feature that keep you coming back. I was login once to klai during pvp time and then there’s only like 2 batch of fights. Sad.
Talk about communication, of recent closed interview, I’m 99% sure this pretty much the attempt to get close to p2w to keep providing what they want. Good for them. The game revolve around them anyway. For somewhat of an indie game already, that’s probably the best they could do to keep the server running.
Forget about trying to reach out more players, to redeem themself, to improves, to be recognizable isometric anime rustic art style mmo, or trying to achieve some big milestone… just keep the game running honestly and focus on the small group who will keep throw em cash.
And us who happened to be around hoping the game to be better in our perspective, who believe the game was good but the development isn’t, just have to move on completely. Honestly I still can’t.
Tos is like that one ex I can’t forget, and I still feel bad about her for having to go through bad lives as I still somewhat get updated about her, but yeah I got better gf already but I can’t lie to myself I do hope she deserves better. Don’t tell my gf lol.

Competition as in this market of niche genre of an anime-mmo. Ms2 dead, blue protocol still in beta or maybe the 11th RO mobile remake , not in the content.

Ah, tos is not even entering the competition I assumed hahaha. They probably resigned ever since their early fall in 2017, a year after release cause their development progress disatisfied many, rebuild give a breather but not too much since they miss to fixed core game components that even stated in their new title itself re:build lol. Talk about irony

I don’t think we even get exp tomes these day

Totally yes: they should put insta +30 vouchers in TP shop as it’s the only thing left they can hope people will p2w for.

Also considering that, unlike other publishers, they’re totally ignoring the gacha ban laws some countries have, it’s improbable at this point that they’ll even consider moving costumes to TP shop to please some of the fashion addicted whales.

This interview is a joke and insult to you players

They keep doing that because the average “no matter what” spending player is in the same entropic state as the OP and I guess that’s the reason he has been interviewed to begin with.

But “Just play the game. If you don’t like it, leave, why complain.”

As the game die quietly as well

Whoever that is he got balls for asking about tos as absolutely I wouldn’t do it myself
I wouldn’t dare to ask him about tos, even when he talk about random game
I just don’t wanna embarrass myself of my taste of gaming vs how the actual game currently is

Back In the day of actively playing mmo in public place i would’ve talk about game to start the talk with my local gamer communities
Even if it’s an option as a game I currently played, I wouldn’t even bring tos up, even as early as 2017 state, only if they asked me “dude you still play that game?” with voice tone like telling me i’m still eating something nasty lol

Say even Imc paid me to promote the game, I wouldn’t take the bait, not even as volunteer

Don’t get me wrong though when tos came up I did voluntarily promote tos, especially to those friend of mine who happened to have same kind of taste, but none of them linger around, not for long and more like just good deeds to answer to my call. Early on the more I promoted it the more I feel it’s not worth the effort given the development path.

Again, look, tos or imc zealous fans who might read this, tos is not an embarrassment, but personally the development feel it is. Game was great, nice isometric identity which my taste, and mostly great art style.

I always dream of any good dev would make isometric HD2D into actual mmorpg, I hope after triangle strategy SE will realize it’s potential and go for it. Though I do doubt it since the market probably not that big compare to 3d art style mmo like ffxiv.