What other niche games do you play?

What type of games do you like to play and enjoy? Come recommend some that we might enjoy.

PWMAngband, it’s a multiplayer online roguelike game based on a famous single player roguelike game. Oh and I’m also the maintainer of that game

Survival horror games are quite fun, assuming you have friends to play with.

Don’t starve, grounded, the forest, those type of games. I also enjoy casual games like stardew valley, zelda breath of the wild.

If you’re looking for a game with.

Try Disgaea (any of them), you can get it for cheap on steam.

A true video game, by definition, its ultimate goal and success depends on how much fun who plays it … A formula that many others, besides ToS, have lost.

In my case, I love RPGs, resource management and TRPGs, but also those sandboxes where I play when I want, with whom I want (even if I want to play alone offline) and how I want, and above all, the new content is from those who play (mods), not from those who do not play and unnecessarily inflate the requirements of your machine with HD / 4K / 8K graphics meaningless.

I recommend games like Rimworld, Kenshi, even Starbound (a well done and fun Man’s No Sky), Terraria and Stardew Valley. All of them highly customizable, where if you are missing something, someone has already made the corresponding mod. I dont like Minecraft.

They are “indie” sandboxes set in different genres where you literally decide what to do and when to do with your own avatar; Rimworld is a kind of colonies and survival simulator where you decide what to do and how, Kenshi is the same but in a very traditional post-apocalyptic Japanese context, Starbound is the same as Rimworld, only it is a Universe with its dungeons, planets and moons, while Stardew Valley is a Harvest Moon mixed with the Game of Life (you can literally marry, have children, have dates, live with the townspeople, do business, factions -Joja supermarket or traditional-, etc.) As a special mention you have Terraria, which is basically similar to Starbound.

Sandboxes aside, you have resource managers like Civilization 4 with the Caveman2Cosmos mod or Final Frontier; Why not the last ones, you ask? With that mod (Caveman2Cosmos), It is the most complete and fun Civ I have ever played. As an alternative you have OpenCiv, the same game but opensource. A good fun game and really free (opensource), you have OpenTTD (from Transport Tycoon).

With RPGs in fantastic context, I recommend the Elder Scrolls series (from the 3rd to the 5th, it is worth your purchase; the first two would have to be played under a DOS emulator); far from the fantastic you have Fallout 1, 2 (I have the original CDs from when they were released the first time …), 3 and New Vegas (I tried 4 and later, I did not like them; much unnecessary graphic … Null fun and play). Baldurs Gate and Divinity Sin series are also worth it; JRPG choices are Final Fantasy (specially pre-FFXIII and Tactics), Dragon Quest and Tales of (specially Zestiria and Berseria) series. Disgaea series is a classic “must-have” of Tactical RPG.

Other fun games that I recommend are abandonware (DOS / Win98-95-3.1 games) running under Dosbox or a PC emulator, especially the classic graphic adventures like The Day of the Tentacle. You could even have a blast with old console emulators, especially laptops and pre-PSX and N64 generation ones (including these).

If you still insist on MMORPG, but you are like me, you consider monthly payments a scam, but you don’t like F2Ps and undercover casinos either, you have B2Ps; a good option is Guild Wars 2 with its expansions (good-nice-cheap) or Elder Scrolls Online (it is not as good as the previous one, but it is fun once you settle down and participate in some friendly guild). As a free F2P friendly alternative you have Path of Exile, even Wakfu to hang out (this is a tactical RPG); plus there are good private servers from Lineage 2 or Ragnarok Online like ClassicRO to remind you of old times. You always can find and join in a chat system (like discord) of RPG forum game.

I do NOT recommend Black Desert Online (it is a B2P, F2P in Korea), it is the same as ToS, only with a PVP / P2W approach and HD graphics.

As a side note and good advice, abandon this already sunken ship called ToS.

No MMO recs (honestly they’re all in a similar boat to ToS, except maybe FFXIV but that game might not be for everyone) but a couple normal/mostly indie games.

Terraria - It’s a pretty good sandbox. It can be brutal on harder difficulties, but never too overly punishing. There’s a lot of stuff you can do.
Hades - I suppose roguelites might not be everyone’s cup of tea, especially given their more repetitive nature… but I’d say it’s one of the more generous in the genre (another option might be Undermine).
Crypt of the Necrodancer - A roguelike/roguelite, but with a rhythm-gameplay twist. The music might slap, depending on your personal preference.
Celeste! - Very good and challenging platforming game. Post-story and extra levels are pretty hard.

As for niche games I play but don’t particularly recommend, I like the Etrian Odyssey series and Dwarf Fortress (but ngl I suck at dwarf fortress).
Neither of them are very easy to jump into blind and I can see why people wouldn’t enjoy them, but they are worth a look-up and might be up someone’s alley.

Girls Frontline (only mobile game i’ll ever touch), and STALKER: Anomaly. and the occasional foray into MGSV and Fo4 (with like 90+ mods loaded)

I usually play https://casinohex.co.uk/online-slots/couch-potato-microgaming/ slots as well. I enjoy this one the most, though there is a wide choice of other great slots as well.

Royal crown, is literaly PUBG with a ToS flavor. 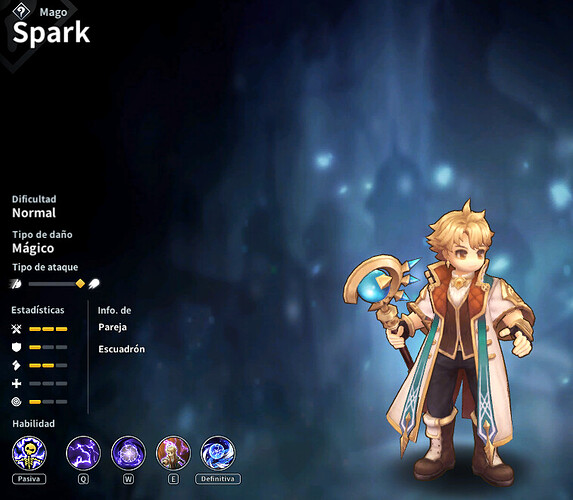