What ANIME are you going to watch this season? 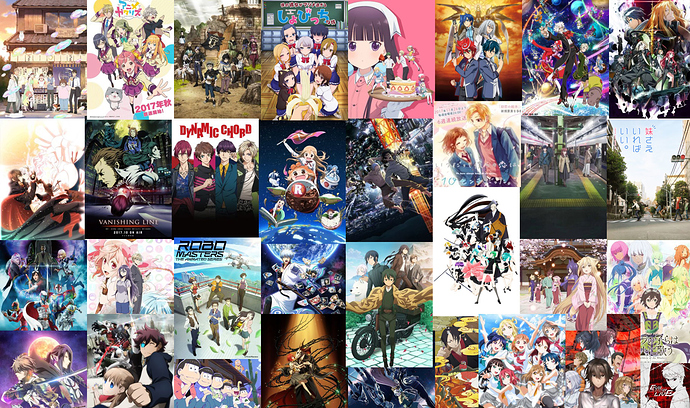 Probably not this season though.

Most anime on this list are just the $#!| on the street, literally.
I might watch Kino no Tabi because I liked the first season and the novel, and mahoutsukai no yome isn’t so bad judging from the manga.
Dies Irae, no idea, I’ve never come around to play the VNs, similarly to Grisaia no Rakuen (also never watched the anime here), but maybe it’s okish to watch (like Chaos;Head which was quite enjoyable after surviving the first few stupid episodes).

I’m waiting for Shingeki no Kyojin season 3 and hopefully some revival of Arata Kangatari and Magi.
Currently no hope on the last two,though.
Maybe we’ll see some Isekai novel/manga animated that’s not completely mentally regressed like that Smartphone(idiotphone should be the right term, because it is the most inconvenient type of telephone ever created) junkie with the common tropes of OPness,a harem full of trope girls and a summon mascot that sucks big times.
Let’s just say this anime never existed,similarly to that infamous type-moon game-based anime named Tsuki…