➤ Nuaele’s first pattern skill is Overcharge, which creates an active field that increases damage by 50% if both character and boss is in the same area. The area will be overload after one minute, the overcharge area will apply additional damage over time, reduce healing effects, but also increase damage done by 200% to the boss.
➤ The overload area applies a lot of damage-over-time, so it might not be worth for certain classes that don’t have access to endurance skill that keep their HP at one for a short duration nor ability to heal. Players can keep Nuaele nearby outside area so they can transition to the next overcharge field as soon as the previous field overloaded.
➤ Nuaele’s second pattern skill is Assault, which allows Nuaele to summon Devil-type monsters to protect herself. These monsters are pretty strong, but they have low critical resistances. Players can use these monsters to trigger Ataka set effect for additional damage!
➤ Nuaele’s third pattern skill is Void Explosion, which Nuaele will charge up for 3-4 seconds and release a powerful explosion that does a huge amount of damage. The only way to dodge this skill is to avoid Nuaele facing forward to your character. Players can also time it and ran behind Nuaele as soon as possible before the explosion start.
➤ Nuaele’s fourth pattern skill is Rune of Magic. This magic circle skill increases damage output by percent for both player and boss monster. Additionally, it can stack up to 25 times for a short duration. Players can either reposition Nuaele outside the circle or stand there and take the buff effect along with her under Leticia Special Potion effect.
➤ Lastly, Nuaele has critical mastery/specialization, which increased Nuaele’s critical rate and critical damage. The rune of magic plus critical mastery can be extremely deadly. Nuaele can easily one-shot your character if she managed to get the full buff and land a critical attack.
▬▬▬▬▬▬▬▬▬▬▬▬▬▬▬▬▬▬▬▬▬▬▬▬▬▬▬▬

➤ I also recommend picking food buffs for HP, SP, and regeneration, as well as shop buffs from players for extra defenses. More importantly, make sure to use mutant-damage potions like Hero Retribution for higher damage output. Leticia Special Potion is a huge plus if you don’t have enough defenses against Nuaele’s attacks! These potions are very cheap on the market.
➤ Leather ART repair also applies an additional percent damage boost to your character. You can add this bonus effect onto your 4x leather pieces effects. Don’t forget to pick up a 5% magic defense (10% total) from the Enchant Armor shop to to deal with Nuaele’s magic damage. Make sure to maintain your main weapon + sub-weapon for additional raw damage.
▬▬▬▬▬▬▬▬▬▬▬▬▬▬▬▬▬▬▬▬▬▬▬▬▬▬▬▬ 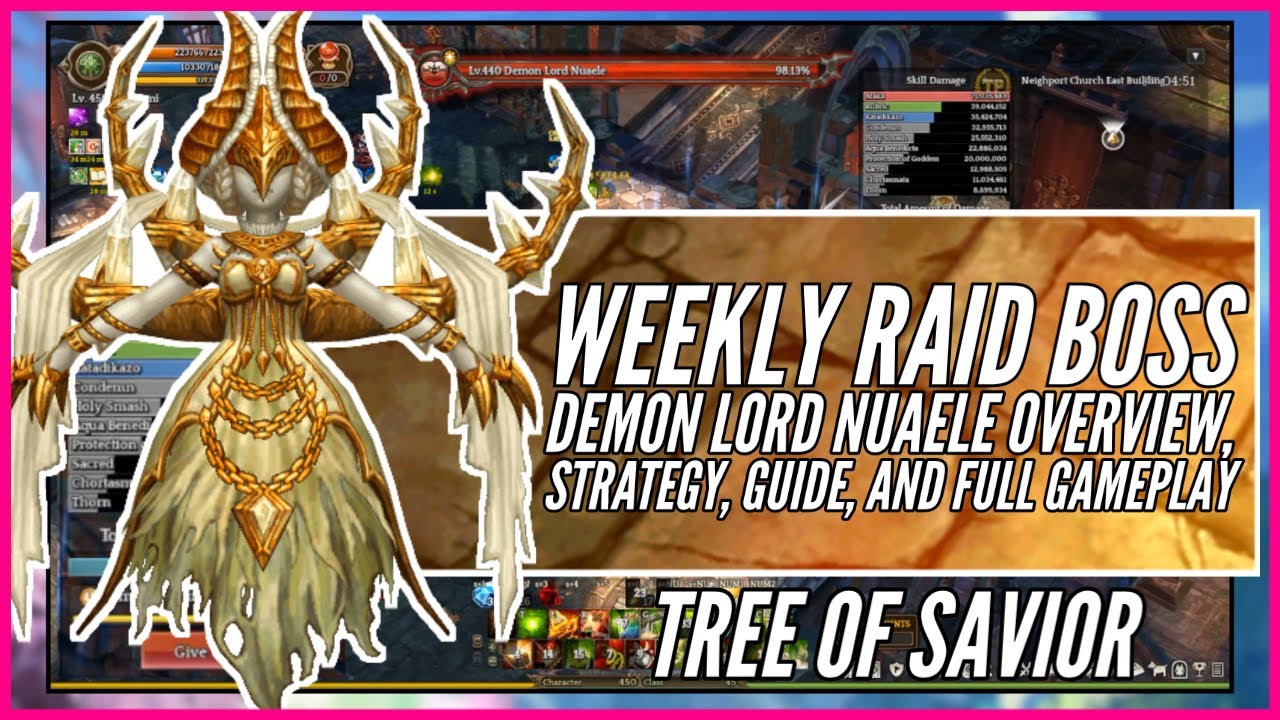