It’s just a small thought, Tree of savior offers a great deal with arts for low level items, why not make use of it and let player process slower to accustome with endgame content? I think most of the time it’s about exploring with friends, but actually when we hit dungeon in 2 days we are almost at level 300, then at 4 days we are already at max level and time for end game content (okay i exagerate it but you get the idea).

Here are some of my suggestion around the leveling and items:

I er… those are just a quick thought, any suggestions or feedback is welcome of course hehe.

On another note, I also hope we could have baddass male gods also? All the edgy and fluffy demon are deemed to be bad guy which I think is a cliche stereotype though.

why make it slower when most people nowaday wanna rush into endgame and get bored quickly
they are selling catchup package like most mmorpg games, ffxiv, bdo etc etc they sell package so players can rush to endgame, get depressed quicker by huge game needs and eventually start to pay.
your request is the contrary of what most mmo do and will only waste their times, cost and menpower which are lacking
ofc it could be great especially for newcomers, it could been doable if the developer is having good financial state for development cost, but if you analyze further most games whether its mmo or any other genre rarely touch its old content and rather create new as its supposed to be fresh content and can guarantee more to generate money because there are even more riches veteran that want something new and for tos case like a crazier damage output lmao
unfortunately though this game new contents are consist of boring dungeon remake like that crystal dungeon or whatever i forgot, and remake of orshan maps, and a bit of story that you passed on quickly and leaves such low impact in your memory
its not gonna be a surprise if their next project is to reuse the old level dungeon and the rest of orshan maps release
they definitely think its the best they can do for their life support state game to milking p2w players by keep increasing the scaling of damage output by releasing new gears, new yet boring punchbag monsters to balance them so endgame players feels weak and the need of increased damage output. then there new kind of dungeon or mats or gear slot just so they can sell the tickets or even the item itself in cash shop , more costume cause this is some dressing game and maybe thats it
next the rest their effort this year probably will they put into another endless rebalancing lmao

and about male god, theres actually this known guy since quite early of the story. wearing a glasses like, long hair, wearing beholder costume, or is it his name. i forgot his name cause the story left a little impact on me. but yeah hes a slave of goddess.

then theres also the grey skinned ugly male god alike who used to riding black dog and keep bothering medeina to get the root thing. also forgot the name

and the most recent is actually quite havin a bad ass look, looks like some mexican, with short hair, fire like wings, also forgot the name but i think his name relate to some sort of in game cave which raided by bots

The main issue with this idea is that the game is only designed towards ‘serious fun’ (with a bit of people fun here and there), which isn’t appealing for many people looking for an MMO in our current day and age. 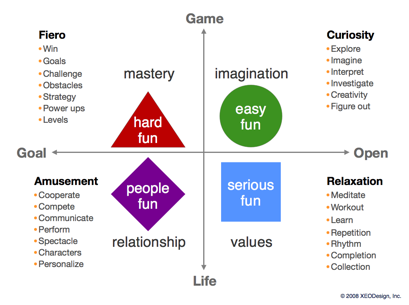 MMOs were at their peak when they were the vanguard of online games but the genre haven’t improved significantly since then. Now it has competition from other genres such as MOBAs (people and hard fun) and gatcha games (serious fun) that either do a better job delivering this kind of experience or require less commitment for a similar gain.

It is a terrible idea to slow down the game if the majority of the population is at the endgame, as it will isolate new players further unless it can pull out a major resurgence somehow. The potential playerbase of ToS has already burned out and left long ago and it likely won’t come back unless there a significant structural change (which is a massive risk as it can alienate the current playerbase) along a major marketing move.

I see you point :^D i think they made good maps, it would be better if they could modified the old map so it has event in there, then new player have chances to interact with old players instead of redesigning old Orsha map for only veterans i hope ^^

Thanks it was informative. I understand different developers might aim for different financial goal like quick money or stable money. It’s just that I don’t feel like my character process through hardwork but it’s like goddess power give them enormous exp and boom, now I have to pay goddess to be stronger, lol. But then again, I understand the dilemma.

The good thing about Tree is that if you like exploring and discovering things, you can always go back later and do the low level side-quests and find hidden stat points, finish collections, and be a “completionist” at your own pace. Slowing down the leveling for people would only irritate players more motivated by end-game ambitions (which is most of them).

Once you complete the main story, you will unlock all the side quests, and there are tons of hidden statues, stat points, each map has its own collection you can finish for more stat points, there are hidden gimmicks, hidden quests… there are actually a wide variety of casual/interesting things to do if you go and look for it, don’t be afraid to do it afterward on your main character or with alts later.

i see, i didn’t think about it before

Yes agree bro, event in my country silver price is 1/14 dollar per 100m silver, so cheap for whale, for player dont want to spend is a nightmare gap,

But imc see this luckily with give free near end game gear now,

low level content include maps has always been abandoned in many mmo
its not wasted its just act like history of the game and gives a little to no revisit value especially for veterans
for newbies its still interesting to follow up game story, or even just to get the experience since most of that oldies are made to be soloable.