Trickster online was my first mmorpg, I feel a big nostalgia when I remeber it. That game was pretty cool, the chars had an animal style, items, maps were very beautiful, and soundtrack was awesome. The only big defect, was that the game was very p2w, but it was possible to have fun as non-payer player (as long you didn’t dare to enter in pvp e.e, very unbalanced).

I love this game,but too bad that its update is too slow and it went bankrupt for the official server for some reason. Anyhow this game is awesome, i like their graphics and animation.

Loved that game so much. But unbalancing and EPIC pay2win killed it like no other game.

They had lots of exclusives cash items, extra refines, rerolls, gamble system with random stats (called lol boxes by the players) and everything else. Expensive as fook but somewhat fun with the progression.

I didn’t like how the myshop equipment ruined the games balance, the drilling, or the myshop autodrilling pet.

Can I say that International Tree of Savior (iTOS) is the best please?

I would want to say that Yogurting was the best …but …I don’t think people here are familiar with it. Unless you played to jp/kr or live in thai

I loved trickster online but… srsly GACHA WAS REAL FOR THAT GAME.

For a lot of people I played with that game was legit mostly just buying the best looking equips from gacha boxes and the other gacha system. Pretty much an online dress up game.

For others it was a legit p2w game. Lul Made me dislike p2w like many others. When it had like 3738473748 rng systems incorporated within it.
I don’t want to go down that drain of wasting money on gacha continuisly for that one hat/weapon/pet.

Pls no more gacha for ToS!

secret of solstice was a horrible remake imo, they had bomber man eyes (II) it was literally a old version of tree of savior.

trickster was a decent game, i enjoyed the open beta phase when there were alot of players roleplaying and questing actively. drilling for quest items was sure fun.

i didn’t like how unviable the gun skill build was with fox when i liked her the most though so i was forced to play lion.

Talesweaver will always be my number one, because i had so much nostalgia and it was alot faster paced than both ragnarok and trickster with the combo system. normal attack and skill chain casting, eventually you would instant cast skills with the right stat build.

both ro and tw did a great job focusing on the monster grind (unlike most grinders it doesn’t feel like a endless grind either, and it’s an enjoyable mobfest) trickster however was one of my favorate quest grinders, unlike most repetitive and boring quest games, it did a great job with high rewards.

so in my opinion it’s talesweaver > ragnarok > trickster

I bet you say the same to KToS and JToS 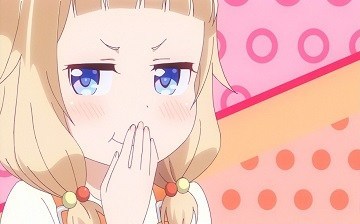 Umm, how is this related to TOS?

Never played Trickster Online, so i can only say that i loved and still love RO.
Trickster online looks like a cute but, on the technical side, more primitive version of RO. But at first glance i like it.

That being said, why is this in general discussion and not in offtopic?
Or does it have anything to do with TOS? XD

Can I say that International Tree of Savior (iTOS) is the best please?

TOS is much better than trickster in many aspects, but you know, the feeling of the first mmo will always remain. I just can’t wait to see TOS running in my pc with 30 fps, and with more end-game content, when this day comes I will declare TOS the best game of all <3

That being said, why is this in general discussion and not in offtopic?

Umm, how is this related to TOS?

You’re right, but I only remembered later when I was lying down going to sleep. c: I moved it for off-topic now.

What was your favorite class in TO?

Mine was elec/water SM. (Staff of Thunder <3 and obviously glacier and shock combo.

Trickster Online is the reason I’ll never understand people saying TOS is p2w lol;;
But yeah, the game was really enjoyable! I hated drilling at first but when I got the hang of it I changed my mind, it was rather fun drilling for rare mats. The soundtrack was really nice too.

I don’t think TO was better than RO, though. Both games were great in their own way, and RO will always remain my absolute favorite. Not because TO was inferior to RO, but because I played the later for a good chunk of my adolescence and met so many great friends there. ALSO great soundtrack

What was your favorite class in TO?

Mine was elec/water SM. (Staff of Thunder <3 and obviously glacier and shock combo.

My favourite one was buffalo mercenary, I loved a skill called berserker its attack increased a lot, and he attacked everyone nearby like crazy e.e
Mages were very OP, I always lost for them in pvp. ;-;

I played Trickster Online for a really long time, but I wouldn’t play it again if I had the chance.

The game was borderline unbalanced class-wise at later levels, especially in the very unnatractive pvp, Foxes reigned it. If TOS is considered P2W inducing, they haven’t seen how Trickster was.

I spent so long in Desert Beach compared to the Swamp and other areas that I couldn’t stand the OST of it anymore. (Damn you Drilling quests, especially the soap one)

In the end I can say that it was a magical experience, but it belongs to the past for me.

But can we just say,

( NA instead of International/i/etc sounds fitting for the joke :v )