The Bunny Cult of MILK TEA the Bunny-Maid Gangster

It was a normal day for Milk Tea the Cleric Bunny-Maid in tree of savior, a normal grinding day, and that’s why all this started.

The bunny-maid was tired of always grinding in 330 dungeon and challenge mode but joining a new guild seemed like a lot of work, then she had an idea START A CULT OF BUNNIES !!!
Since mobs always drop silver is logical that they have some kind of monetary founds, so with pyramid scam strategy she could gather all that precious silver so she can be like one of those botting pages that plagues the server . 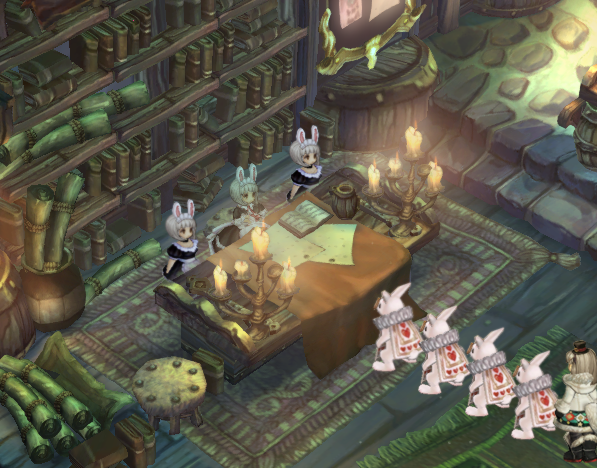 First step was start a rumor of a saint bunny-maid hidden in fedimian that was recruting bunnies to free them of the suffers that being a bunny soldier carry with it. 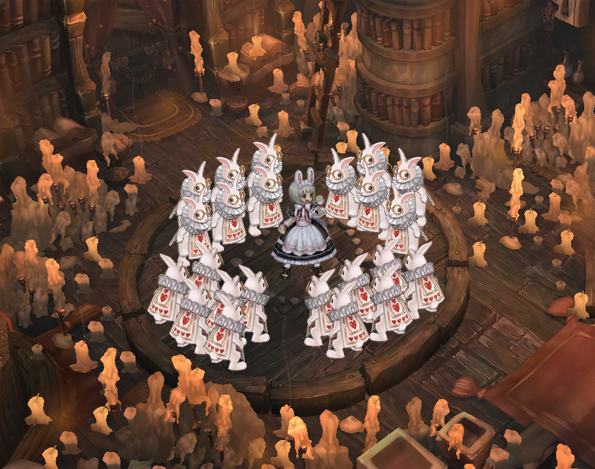 Milk tea with a firm tone and a magnificent speach fill the hearts of the bunnies with the feel of security and courage that being a part botherhood gives.
They were happy, they were induced in too the cult. THE BUNNY CULT
The bunnies start to grab the droped items from the players that do not have Souls crystals before they can go back to save them… some times they even steal from other mobs when the channels are alone.
…
Time pass quickly as an event of 50% exp on weekends , the bunny cult is now a top Gang in the underworld of tree of savior even respected by the outlaws as a Strong gang.

You can even see one of their many bases in Klaipedia !!! 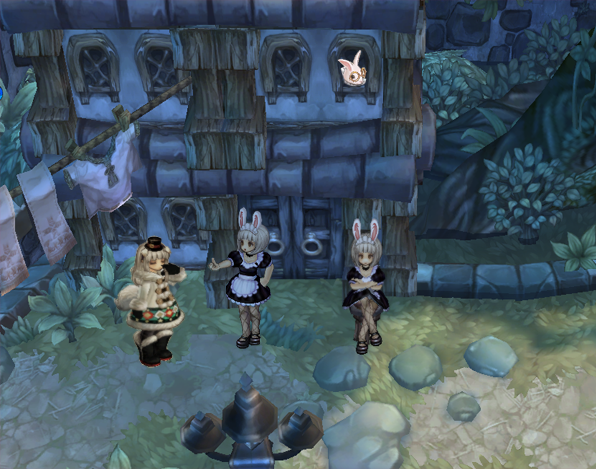