Well, today, I was playing Tree of Savior normaly as I always do, and I managed to buy a new Weapon for my “Retiarius” class. After equipping the new weapon, I opened my character stat window to see how was his physical attack stat and to my surprise, I notticed that his attack was extremely bellow the normal (Before the maintenance, his attack was something like 22.000 - 26.000, and after, it dropped to 14.000 to 18.000). Also, after swaping my weapons a couple of times I noticed that my physical attack stat was going down each time I swaped them, until it reach 1 - 1 with both weapons equipped. And that was not just a visual bug, it really affected my attack power when I attacked the monsters, I even noticed that, when I participated into the weekly boss challenge and barely caused her any damage… Does someone else has this or some similar problem after today maintenance?
(Check the youtube video bellow) 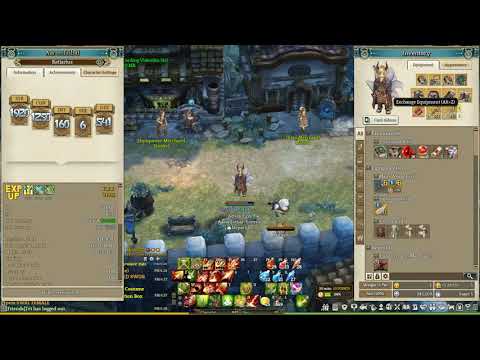 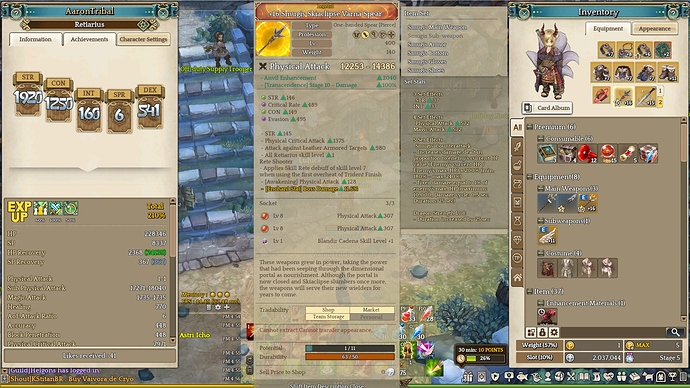 Apparently is the Spear mastery attribute. To me its the same. My attack is really low even when i have my spear +16 T10 and my dagger +12 T10.

@STAFF_Yuri @Staff_Alex @Staff_Jin @STAFF_William @STAFF_Bob @STAFF_Amy If you could help plis. Retiarius is my main character, I do all the content with him. This bug won’t let me play the game.

We’ll be sure to forward this report to our development team for review. We apologies for any inconvenience caused.

Well guys, good morning everyone! I managed to use my Retiarius even with the bug, of course the “solution” I managed to achieve irritates me a lot because, everytime I change from a screen to another (example: Changing map, leaving dungeon and etc) I need to log out my character to correct his Physical Attack Stat.

By doing this, his Physical Attack Stat normalizes at the content I’m doing.
Hope it can help you guys too, I know it’s annoying but, while we wait for IMC correction, we must perform our contents to not stay behind.

Well the bright side, you can’t 1 hit the enemy when doing those “collect the soul” quests. JKJk keep calm.
Hope this gets fixed soon.
Also noticed when changing class i have to relog, as it reduces the power to a noticeable margin.

hi guys, i think its a passive bug One Handed Spear Mastery Ready for Battle, i take off and works, try and tell us

changing class will causing logout, and the stat reduce/increase due to class stat ratio changes