Player insulting and trolling during PvP

I find offensive, that your guild exist and it’s not up to you to decide what i find harassing.

Well, hypocrisy of maid cafe members is always was best part of them.

Sure, no reason at all:) 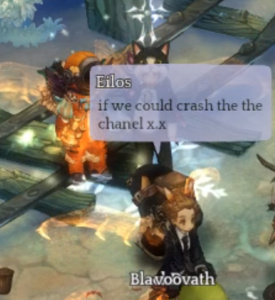 An eye for an eye, i had bad habit of flaming back on who insulted me and that triggered me, happens that abusegel is the only people that did these before boruta drama.
still, if you willing to post the whole dialogue out instead the part that i flamed it will be clear that who was starting this

it is rude, while these words are still exactly what i can describle him of personally: accusing other people abusing or exploiting and trying hard to report them, because they are doing better right now

Just block them if you don’t want to see their messages ?_?

Holy ■■■■. Crybaby. How are people upset by this kind of trivial stuff? Insanity are just beefing because beef is fun. I have literally nothing against Maids but like to taunt you because youre the biggest guild and overreact which is hilarious.

accusing other people abusing or exploiting

Just one message and you already speak against yourself.

You’re very badly placed to play the victim about people “accusing you of abuse” when you people throw accusations that I abuse a spell that I don’t even have for example while I see some of your guild members casting it in front of me despite your “rule not to”, while your guild is very well known for very shady stuff they did as soon as they existed, that everyone sees and know that you use and abuse zoomy in gvg/feud as well as channel crashes whenever you can, that some of your guild members use the unholy named addon that allows you to see invisible people on the map.

All this is the reason that you do better than the others today, and that’s not even all.

You’re not even honest with your own guild, you hide many things from them that we know, and that’s why we like to do what we do.
Never wondered why it’s you and not the others?

You’ll notice that you’re the one who feels like he needs to justify himself in this thread.

btw what did i hide? gotta say you are funny
also here, never installed zoomy for even once over 3 years, or i won’t get rekt by pipers all the time. you are bad at making lies.

Man that’s all you have about me “abusing everyday”?
I used bear in the past a lot, actually only bear, when I didn’t know it was bugged (prior to murm changes).

First : Find more screenshots, indeed I’m using bear on this, this was PRIOR to my reset, I’m not gonna deny it.
Where are all your screenshots with me using gung ho?
Or some of your guild members using bear just to kill the NPC in feud?

Guess I’ll have to do that next then, sorry I’m not too fashion of having pictures of you on my pc. 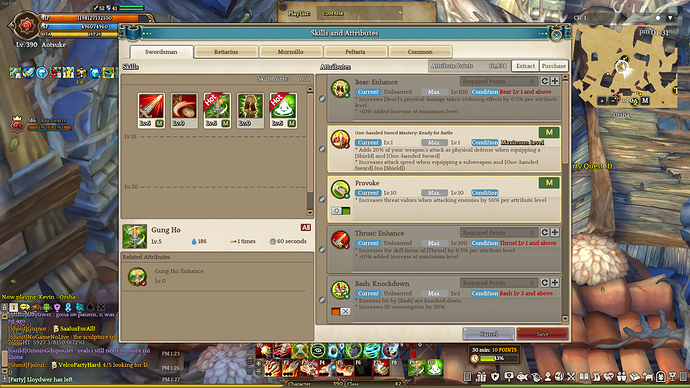 image.jpg1920×1080 949 KB
(yes yes boohoo he’s using the map addon ban altsukue
But then you’ll say I used a stat reset potion just to show you this, why not?

Second : Don’t try to talk to me about lying when you play onmyoji and kill people from 2 screens away in feud with ying yang.
Yeah, feud has a bigger dezoom, but not as much as getting nuked without even knowing where from.

Third : I’d gladly use bear if I still had it, anyday against some of your guild members.
It’s not against the EULA, it’s not infringing anything, it’s in the game, if you have morals or not, your problem, but then don’t go and make fake “rules” to make you look good but then you do the same.

btw what did i hide?

I’ll speak only in the presence of my lawyer.

Your clip is literally the same as your first screenshot which is from 3 weeks ago, if it didn’t occur to you that I resetted since then, I bow to your internet fighting skills.

Lets see the history of fedimian, boruta only downed by Maids. 1 gvg ended up with maids having 3 city, 1 gvg maids finaly had less people then insanity and lost Klaipeda but still cheesed 2 out of 3, rest of the gvg history its Klaipeda + for maids. As for the insults some of us just had enough at some point. Sometimes insanity talks mad trash, also we need to listen to the salt talks weekly. By now its just a cycle as maids are lashing out more and more. Personaly i was fine farming boruta and gvg didnt care at all who even Insanity is, but they made themselves knwon in the chat i had to ask around thus some animosity was born. And when i say Insanity i dont meen the whole guild, just some inviduals who like to trash talk.

P.S I would urge to stop this who said what thing and screen posting, and all the salt wars all together. How about we just play the game

“An eye for an eye” rofl. Do u think we still in medieval?:))
Rules are the same for everyone, but it seems u think it does not concern u, if u dont like someone. Why i even try to argue with a dude, who is continue to insulting other players even in this topic.
Also its very sad that some addons do not work nowadays, or i would have more screenshots like this one

with the screenshot above that abusegel finally get a chance and start to spam RMT,

but seriously will anyone buy gold 32m? i won’t tell ya it was a trade with a guildy back then for solmiki since you didn’t plan to listen

But seriously, will anyone think that it was one and only shady trade u made?

of course, it was trade with guildy, u could not do it without violating rules

but seriously will anyone buy gold 32m? i won’t tell ya it was a trade with a guildy back then for solmiki since you didn’t plan to listen

We have tons of tards who flame everyday, i remember one of us just trolling Miinees in klai, in front of me, for absolutly no reason, just because “insanity”. And i don’t speak about some shout from stupid troll. But well it happens in both side so this s.hi.t will never end. Speaking of the violence, maybe what we do sometimes in some content can be taken as a violence and so they start to answer with this childish move. But why report this on the forum. Just mute them as i did with abusangel.

btw who is Orihime in the guild? Where the ■■■■ one of our mate got a bear buff in GVG? Just bored by the attitude of both side, rly.

can’t we agree for fair things, like not abusing bugs, not using stupid addons, and not insulting ppl just because they are “”"“ennemies”"""; we all enjoy the game the same way. Dying in pvp content is not a thing yunno, don’t take it seriously.

what makes me laugh is, it’s just an hazard of being in one side or the other side, maybe you could be an insanity guy and you would think like they did Feian, and those guys would be your friends.

Just a word to insanity guys, when you where top1 guild, the Anik guild, me too i had so much fantasm of how much you did rmt, crashed channels, bug abused. but of course it was not true, just fantasm to explain the first position.

The true origin of the bad vibes is IMC, bad content design, no important bug fix. Now i don’t even want to blame abusangel who openly abuse; cause the rly guilty is IMC.

Edit: Feian, they did this to me too, the spam thing, i don’t think they were harassing you in particuliar

“Stop attacking boruta, he is in top30”