I recently purchased TP in the wrong region, was meant for SEA, instead i accidentally purchased SA. I tried sending a support ticket already, but they suggested i contact Steam Support for a refund, but they also refused to help, as this was purchased together with another bundle, which was 500TP (SEA). The Steam Support system doesn’t let me choose just this 900TP purchase to be requested for refund, instead what was sent to them was a refund request for both. Well to be honest, the steam reply seem to be automated. And I really wanted to be clear I don’t want a refund.

The 900TP (South America Server) is still in my steam inventory, untouched. Again I don’t want a refund, I just need the TP to be transferred to my Telsiai Account. Please Help. Thank You. 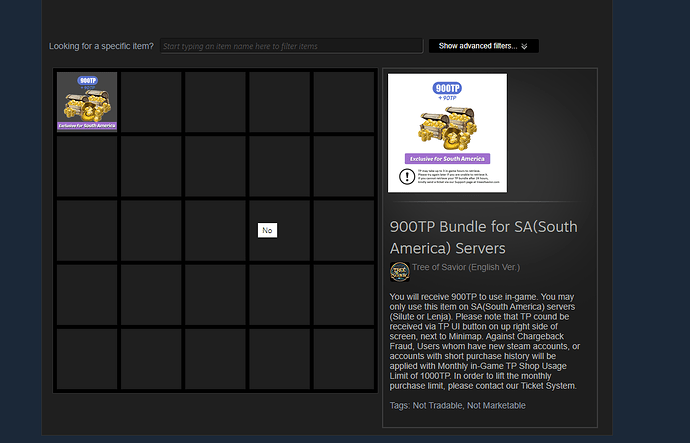 This happened to me couple of weeks ago.

Submit a ticket through steam then they will refund you the money to go to your steam wallet then you can purchase again.

Submit a ticket through steam

This. Those tp is refundable. Just don’t take too long to apply for refund via steam.

Update on the situation. I didn’t get a refund despite reaching out to a steam support agent (real-person), saying that their system doesn’t support partial refund of a single transaction. Because i bought along and claimed 500tp (for telsiai) along with that purchase, but we all know they are separate bundles… But they were bought in the same CART, so they seem to read it as 1 transaction.

I even told IMC about the steam conversation and asked if they can do something about me going to Silute, claiming the TP, them deleting it and transfer to my Telsiai. Still no. I gave up.

So be careful when buying those TPs, coz the way they are arranged, they are very prone to errors.