Monk/Chap/Inq returning to ToS after a year

I’ve just returned after a year and a lot has changed. I’ve been trying to follow up on all the kTOS buffs/nerfs etc.

I saw that Bong recently posted a video with a Monk/Chap build that I had before but a lot has changed obviously.

I’m looking for someone far more knowledgeable than I am

I saw that he took 10 in Binato I assume for the attack speed and additional damage.

That dropped his Cappela to only 3. Cappela only effects Energy Blast and Aspergillum correct? So I guess that makes sense?

I’ve also always built with max Paraclitus but it doesn’t seem like there are enough spare points. 50% slow seems to be really helpful in PvP.

I also noticed that he dropped his Palm Strike in place of Iron Skin. What are your thoughts on this?

I’ve been lurking around the forums and I just can’t seem to find the answers after the new buffs. 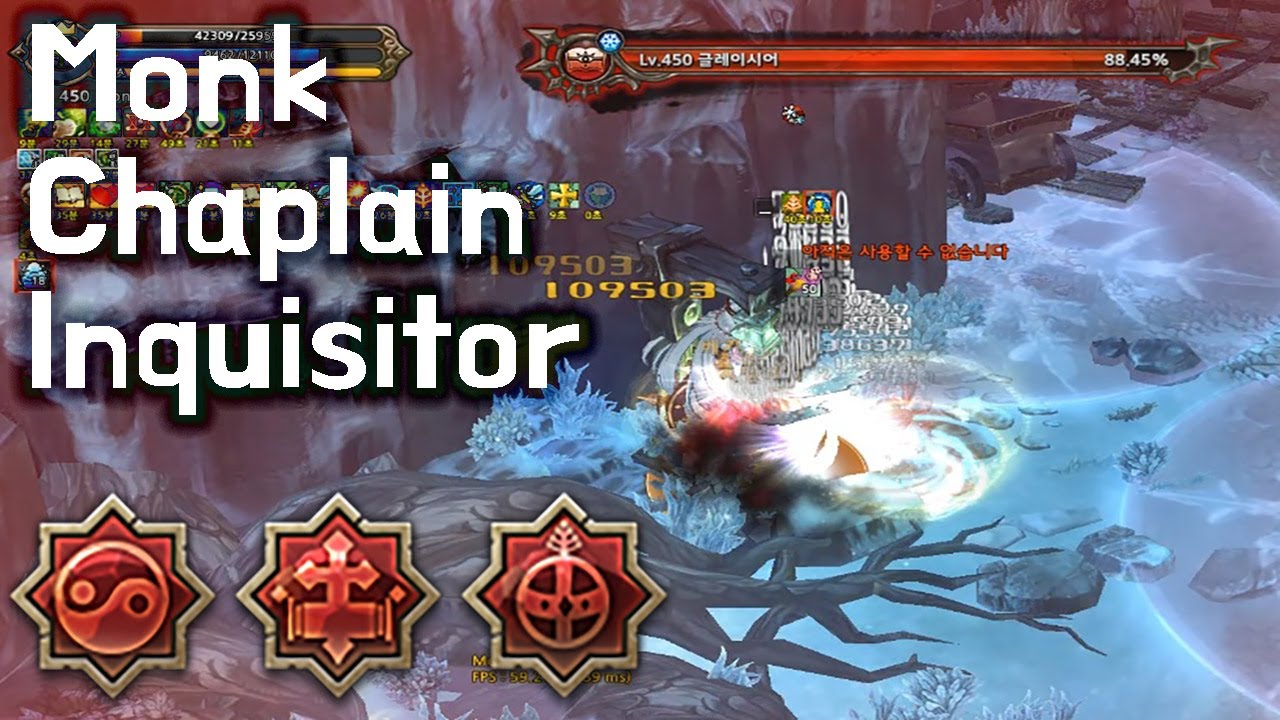 Thank you for your help!

I think that when you have gear like those it doesn’t really matter where you put your points.

If this video shows anything it’s how bad the damage of this build is for taking 30s to kill misrus.

Yeah, I agree. It’s not a great build but I’ve tried coming back and running all the meta builds lol. I wasn’t really feeling any of them and there’s so little information besides the metas right now. I know physical clerics are overshadowed right now

Thanks for sharing your build!
Do you feel much of a difference dropping Last Rite to 1?
I’ve been skill resetting between 10 Binato or 10 Capella.

I think they really nerfed God Smash so I can see why you went 10 Malleus instead.

chaplain here too,
last rites is imo 1 pointer only because the stat scaling stays the same at every lvl
levelling it up only increase really small amount of additional damage

also binatio is a really good skill now
the additional damage adds up to every line of your attack
skill are also affected too, so it is a definite max for me

I assume that video was made because IMC tweaked Wind Ark to make AA builds stronger in the latest patch and Bong wanted to test that part out.

How Wind Ark works now is that when it procs, it will deal 2-3 lines of damage based only on your basic auto-attack damage (not counting Double Punch and Aspergillum). The tweak made it so Wind Ark procs 2-3 lines of your auto-attack including all your Double Punch, Aspergillum and all your auto-attack buffs and additional damage lines as well. This, in turn, gives more power to the new Kareliene set giving 4000% additional damage per 20 hits, as additional damage lines are counted as a “hit”. One proc of Wind Ark can easily trigger an extreme amount of hits with the right Auto-Attack build. Depending on the build, one can get that 4000% damage every 1-3 auto-attacks, thus you see him in the video buffing up with all those scrolls (especially Enchant Fire) to increase the amount of hits and additional damage per Auto-Attack.

The video has quite a few weird choices, but I feel it demonstrates its purpose, the WInd Ark tweak. The Auto-Attack route for Cleric (Double Punch Aspergillum with Monk-Chaplain and Scratch Aspergillum with Druid-Chaplain) only becomes somewhat viable if you have a Wind Ark.

Ah! I didn’t even notice that last rite scaling doesn’t change per level. That would save me 14 points to allocate elsewhere. I’ve been keeping Capella around 5 because I haven’t seen that much of a difference for EB or Aspergillum. Have you seen much of a difference?

Thank you for the help!

For Chaplain, Aspergillum is your main damage source in an auto-attack playstyle given that you are able to max enhance Aspergillum and Deploy Cappella’s increased holy damage up to 80% full uptime. In terms of the auto-attack playstyle, Last Rites is actually your second main damage source if you can stack as much stats as possible into it, though the increase in damage per level isn’t that great so leaving it at 1 is fine.

Assuming you maxed Aspergilum and Deploy Cappella, and left Last Rites and Visible Talent at least 1 point each, your remaining 18 point allocation will depend on your build, weapon and whether you PvP or not. A skill spamming class only takes Chaplain for Deploy Cappella and its PvP-suited skills instead of its auto-attack skills (Protection of the Goddess + Visible Talent ARTs + Deploy Cappella hits stupid hard). Beyond that, maxing Binatio is the normal choice, especially when Chaplain’s Vaivora Mace requires a LOT of additional damage stat to make much use out of the mace’s effect. With that said, auto-attacks and additional damage isn’t the ideal damage outlet in PvP. and Paraclitus Time’s knockback immunity + slow is a threat in PvP if you can make use of it, so its possible to leave Binatio at 1 just for using the Vaivora Mace’s effect sacrificing some damage for disabling opponents with Paraclitus Time.

With that said, the auto-attack playstyle really relies on investment and Wind Ark to shine. Build and skill allocation depends on preferences, playstyle and the content you’re tackling the class with.

PS: You will rarely find information on non-meta cleric classes, especially physical clerics, on forums as most of the discussion really revolves around the meta with how the game is. Most of such information is usually shared kinda privately on Discord instead of on forums.

Question here is iron skin still realiable? in monk and my build is Monk >Chap > Zealot I want to boost max my energyblast as holy as well as holy buffs from chap then dps monk.