lmao. all I can do is hue 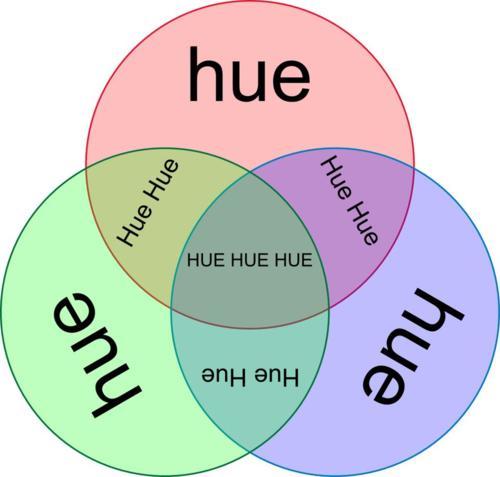 muh IMC can’t be this smart

I might be wrong here, but right now gacha costs 30TP, and you get items worth 30(?) recycle points, maybe more. So if items from gacha eventually make it into recycle shop, it’s not that unfair.

But take that information and move it to other topics, let’s not argue about apples and grapes here.

I get where ur coming from, but when someone is not just 20-30% stronger than you but 300%? Thats what whaling on transcendence allows for

Someone who can just buy the best equipment, massively enhance and gem it, and max out all their attributes is not ‘just 20-30% stronger’. Trading restrictions are toxic. At a certain point you won’t need to transcend equipment anymore; it’s a long way off, but it’ll happen. At a certain point, everyone will have super transcended equipment, and making a new character and having to go through all of that again just to be competitive will be unbelievably painful. Considering how much longer transcendence has been out in Korea, it makes sense that they’re making transcended gear tradable now. By the time this ■■■■ actually hits our server we’ll have a lot higher average transcendence. It also gives an alternative to people who just don’t want to ■■■■■■■ bother with yet another daily instance on top of missions and dungeons and events and and earth tower and whatever.

There are so many positives to allowing transcended gear (and basically everything else in the game, honestly) to be tradable, and the only negative is “But muh RMT” which is already happening and will continue to happen and the only argument you can make is a matter of degrees, which is verging on a slippery slope fallacy, as if when RMTers reach X potential power suddenly the game just breaks. If any degree of RMT is acceptable than every degree of RMT is acceptable, and since you can’t stop RMT completely in this game it’s time to just move on and accept that some people are going to dump a bunch of money on digital coins. The end result of this will be massive inflation which means the relative cost of silver sinks goes down for everyone, so other than being butthurt that someone is stronger than you the only direct effects are a net positive for you.

Maybe it’s for much but you could put the amount of exchange points you get for the costumes? ty

Someone should do the math to figure out how much a costume costs on average from the exchange. May have to get my math buddy to write a simulator for it.

Better to step back and use the math as the basis for your decision for things like this. Which is to say bargain with a mathematicians to do it for you.

That said I kind of feel like IMC is abusing anchoring bias. Since they opened with a bad deal. Seems to be the norm for F2P Korean games at this point… Zzz

Do you know how many points you earn for each gacha hat? Is 30 points the default?

Someone who can just buy the best equipment, massively enhance and gem it, and max out all their attributes is not ‘just 20-30% stronger’.

I dont plan on continuing this discussion here but I am sure at the current state of the game a heavy RMT-er is not well over 30% stronger than a competitive non-RMTer.

can you show or translate what are changes for sapper and how do they work. Max new damage for which skills and what circle requirement. Thank you

Can someone please give a brief description on the recent changes of sapper. What skills were changed, what attributes were included and how much it effects the skill, what circle is the skill for. Thank you. Also are they doing anything to werewolf card where as you can only use one rather then 5?

Yes I believe it is 30. You basically get a refund from your hat. Assuming you have 100% luck and gets all hat from your gacha, you’ll need at least 8-9 of em to trade for an OLD costume. For costumes, I’m not sure how much you can get from them.

They should’ve just increased the price of the costumes to 258 tp, and still retain the option to get it from gacha. That way players will have 2 ways of getting it, either directly buying it or gambling for it. Seems like the most reasonable compromise for me if they really needed the income.

and the maintenance got extended 2 hours

Is there a pastabin, a translation made for this patch?

here you go …RNG CUBE no.2 after gacha

“They don’t like the Gatcha Eggs, what do we do?”
“Change it to Cubes just like what we did with the App-er…Elixirs!, they won’t know the difference!”

Good Lord! IMC, I wish the Goddesses bless the dev&staff with more INT stat(pssh~ as if like its worth any jack ■■■■).

p/s: apple is not apple anymore, it turns into elixir