this is one of many example where even though you added range:100 detail,ppl will still questioning how far it actually is, because there is no in-game tutorial how far ranges is.
even worse, oot, this buff modifying arts doesnt even have animation that shows how far the area is. on the other hand, paladin restoration that works pretty much the same except you dont need to be close, have an animation that show some sort of circles each time it heals that actually, useless

i couldve complain about about this arts have no animation changes or even buff icon as well any other times but what i think what more urgent is the game need to add introduction of ranges where you can learn about it, like training ground in klaipedia, therefore all this skills range detail no longer become just like delusion
a simple addition of pattern like below on the training grounds will actually do 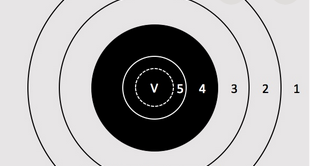 Oracle’s Foretell used to show telegraphs of attack skills, though I can’t remember if it showed visual cue for defensive skills too. I agree having something as you described would be nice.

Would be better if there’s actually an AURA you can see where the boundary range is … same as Paladins skill Restoration ( maybe it has the same range ) but you can clearly see where the area is around you.

Like keeping the skill button pressed shows you who will be affected and you can still move around and until if you let it go you cast it. That would be nice.