Alright I kinda always wanted to make a guide for the easy route to killing “Glacia Hard mode” in TOS, and this event is somehow the last push I needed to write this.

This is going to be a guide to beat Glacia the easiest way possible, that even under-geared people like I was and probably like you, returning player, are can do it!

First things first: Party composition, I would suggest 2 healers with different builds and at least one diev amongst those two healers’ builds. Both must have the complete Thaw Ichor set from White Forest unique, the set is very cheap and easy to make, and you need Diev to both reduce the cooldown of Heal as well as its mana cost.

Then you need 3 DPS, one of which will be a tank, I suggest using Medium-offset stat in your random ichor in case the tank isnt running a tank build and is instead a vanilla DPS build, that Ichor is also often used for PvP so you wont be “wasting” your money, also try to get Threat generating cards if you are not a Swordsman (Swordsman can activate a passive to generate tons of threat). I also recommend the Fixed ichor to be the ones from White Witch Unique, since they are the highest throughput possible in Glacia from a budget point of view.

Alright, your party is set and you get inside the White Witch Forest: Hard. 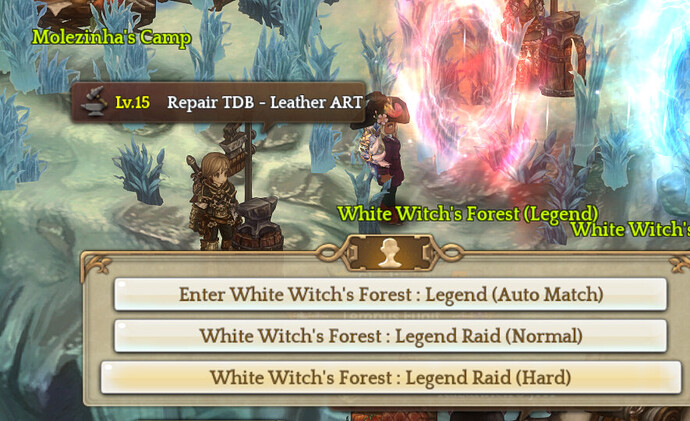 You go in, buff up, get ready, kill the first group of mobs, and by the time you kill the second you will notice this little black rock: 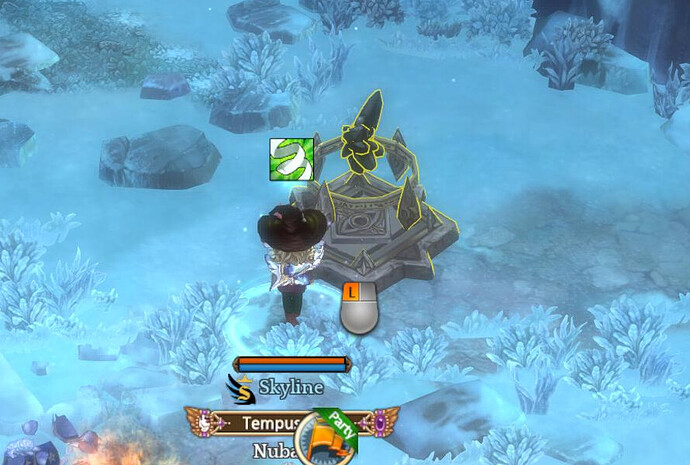 Click it, it will spawn a few mobs, kill them and move on, on the 4th group of mobs you will find another black rock, click it, kill mobs and you have just spawned Pebeta!

Pebeta is quite easy, only has 2 real mechanics and spawn a few adds:

at 70% and 30% he will “duel” the tank, so in case someone that isn’t the tank is around him when he hits these thresholds, he will destroy one of the Purple stones around the area, which will be very useful in the rest of the fight, so avoid having people inside his “duel area” at these thresholds.
After the 70% duel ends you can only damage pebeta by going inside one of the 3 stones around the area with a 15-seconds timer on them, once a player steps on these stones a timer starts ticking, at 0 it will explode and deal AOE damage so I suggest you start running at about 3 to 2 seconds left to the proximities of the next stone.

The stone I am reffering to: 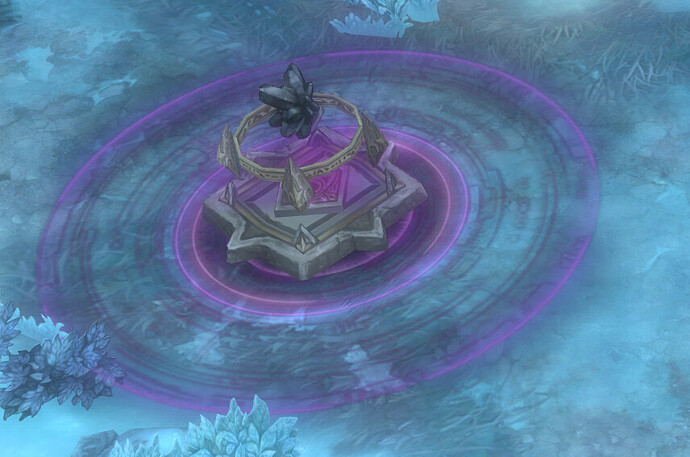 My suggestion is, get your whole party near the stone and then have everyone step on it at the same time for maximum damage output.

At 30% you will have a duel inside one of these stones, probably. I suggest using a revive before the duel so you don’t wipe.

Sometimes some adds are spawned, don’t pay much attention to them, but avoid the red poison some of them leave on the group.

Alright so you have defeated Pebeta and is now heading into Glacia herself!

The fight becomes substantially easier when Pebeta is dead, the stacks of her debuff go up much slower, giving enough time for your healers to both deal with them as well as heal the raid.
Remember that Thaw Set I told you to get? Its the 4-piece bonus that allows the Heal skill to remove them, and that is also why you want a Diev in your party: With diev statues the heal has no CD, and even though the timer is so small, it makes a huge difference.

First, wait a little for the tank to generate aggro and bring the boss to the little “cave” at the top of the fighting area and have her face horizontally so her dash won’t make her move.
Youre good to go? Alright, DO DAMAGE!

Glacia has 2 major mechanics and a lot of minor ones, let’s talk about the major ones first: 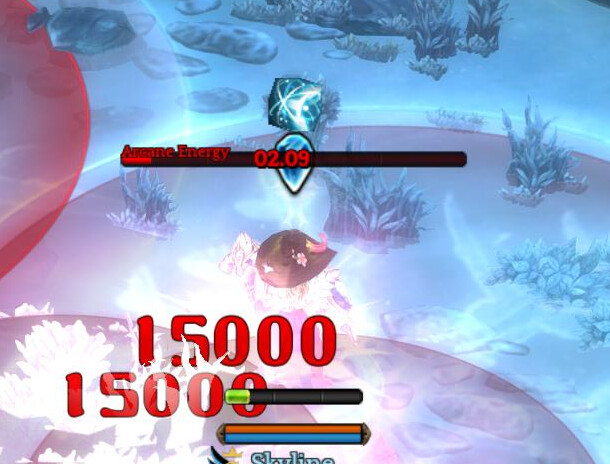 Sometimes she will tag 2 random players(that aren’t the tank) with a Drop of water that will “explode” in a few seconds, if near her it will heal her, however when you step in the middle of one of these Blizzards she creates(the big red circle) it will destroy that Blizzard!
All players should always pay attention to this, as not destroying the right blizzard might wipe the whole raid in time due to the excess damage. 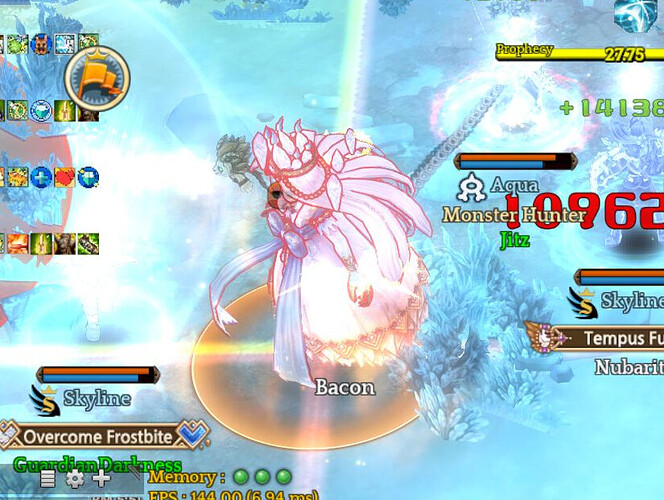 Just… just run, seriously, don’t bother.
There are 2 ways you can deal with this, an easy one: The tank stands still and tanks it, tries to step on the yellow circle before the pizza “procs”(usually doesn’t happen but its no big deal) and the healers heal him.
OR: Diev leaves an owl statue on the pizza area a few % before the Pizza starts and when she casts it, the tank uses a high movement skill to get out of the area.
This happens because if the Pizza damages no one, she will get tons of buff stacks and become extremely strong, and we don’t want that, do we?

Alright, these two are the major mechanics and probably the only ones we need to worry about, minor mechanics are:

The stacking debuff: As time passes in the raid, members will be getting a removable and stackable debuff, like in the picture. This debuff wil “explode” at 40 stacks, freezing you and everyone around you as well as leaving a permanent, also stackable, debuff that increases your damage taken by 20% for the rest of the raid. However, keeping these debuffs low with Thaw is extremely easy.
Because of this, healers should not use automatic-targeting heal atributes, and should target every single one of their heals.

“Crystal Balls” will spawn and chase her, if they touch you they freeze you but if they touch her, she will do a big AOE skill. Lately I have noticed this skill was severely nerfed and doesnt do as much damage, but try to avoid it by catching the white balls.

“Heart Kiss” will mark 2 players, usually a healer and a tank, and the healer will have to walk up to the tank, if the healer doesnt thats not a big deal, but both players will be stunned for 4 seconds if they dont “kiss”. 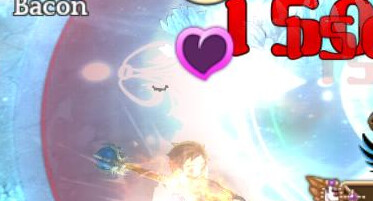 Adds will start spawning at around 25 to 30%, those adds do almost no damage and have very little health pool, but when they die they leave a pool of poison behind so try to kill them away from the boss.

With all of this info you can just go ahead and do the raid, here are the % where everything happens, print this or copy paste it and post in your party’s Discord channel or put it in a notepad for ease-of-use:

Alright, that is it! Easy isn’t it? There isnt much else you need to know about this raid, sure some mechanics like the Pizza one have other meanings but we are talking about beating the raid the easiest way possible, so this is it!

Hope you guys enjoyed this quick guide, I am Nubarito, from the server Silute and the guild Skyline, and I will see you guys next time! 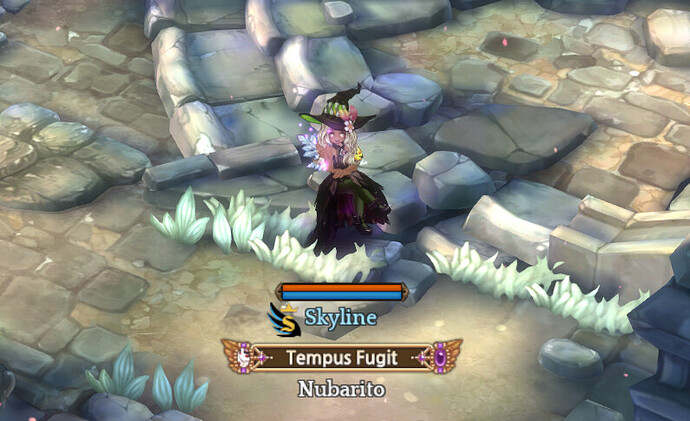 Oh, I forgot to mention but these Screen Shots were, as you might have noticed, taken in an Auto Match session, however the visual of the abilities and content are the same

Greetings, savior!
First of all, thank you for your interest in our event.

The following term is on our notice:
Title , Server name, and Team name must be included in the post.

Thansk for the reply! Post edited, team name and server name added to the top for visibility!

Guide is also updated for the new patch!