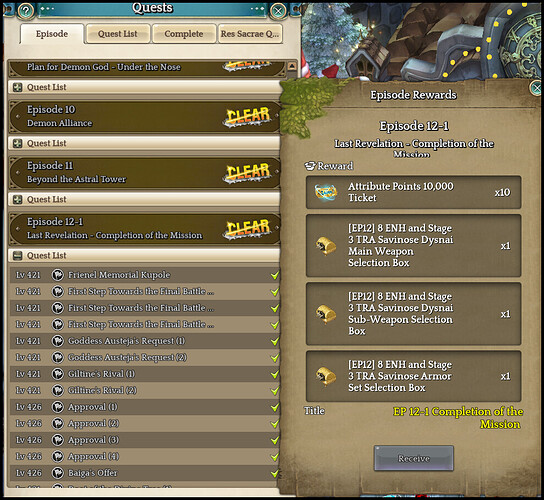 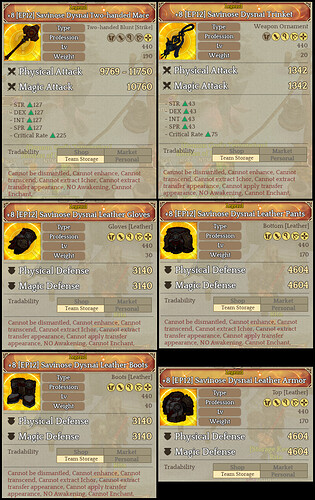 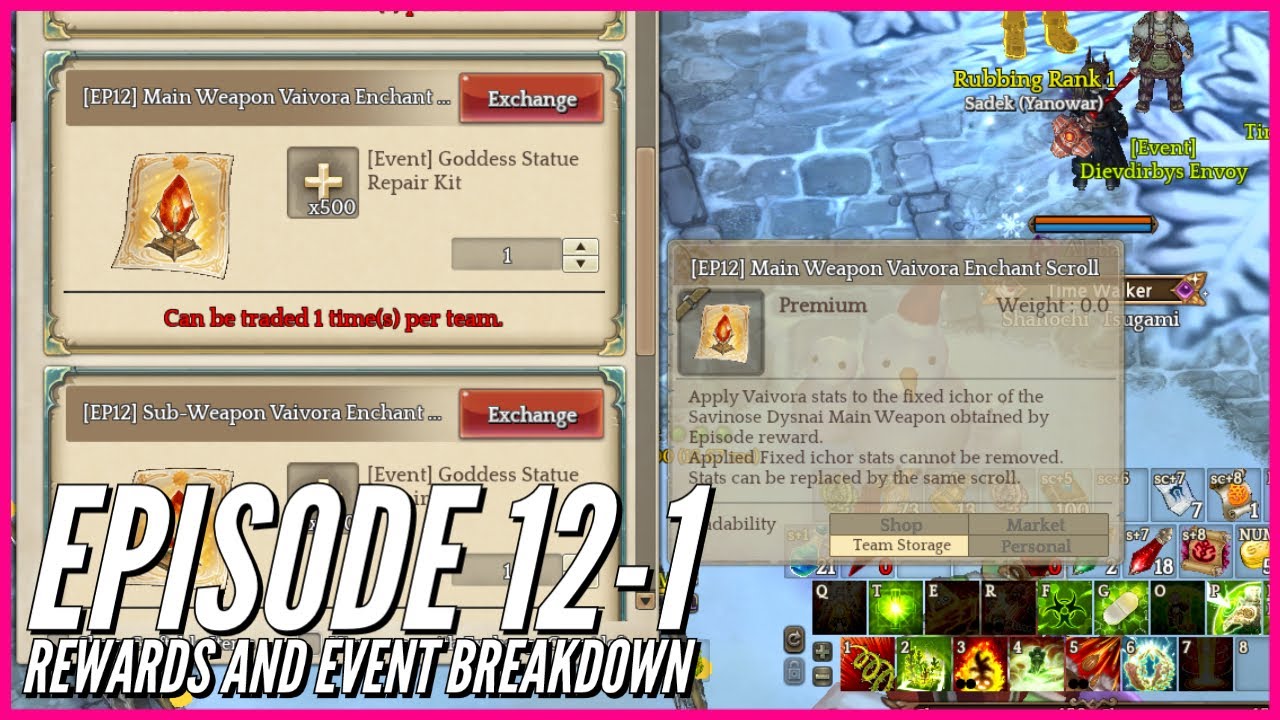 Note: It will take roughly 2 weeks or so to clear out all these scrolls.

double it, or maybe triple
cause we cant do most of contents

This is awesome, newbies finally get a proper starter kit. Ofcourse it needs time to compile like all things in all games, but it only takes participation, not even silver. if they still gonna complain idk what the hell they want.

double it, or maybe triple

Nah, if you can’t do content just grab 6 of those 40+ weekly CM vouchers you get and go do some solo CM with assisters, it’ll take less than an hour to get the 500 daily kits.

Well that was ep12-1 free rewards, we still don’t know what we’ll get as ep12-2 free rewards

(just probably the same stuff anyway, but Glacia this time…)

pretty sure they wont give glacia as episode reward
the reason is because they will also start selling glacia in packages and we didnt get varna as ep reward as well
and varna as event reward take quite long enough so glacia as freebie maybe will take some time as well, maybe when new legend/goddess tier gear set out

But that’s … 60 total arch fragoment = 3.6 billion silver.
Gl making that much money without some insane lucky drop there.
Majority of player are just blocked behind that one crafted Ark that already took them 3~5 months to make.
They also nerf VVR drop rate in general in CM too because much fewer Elite mobs in CM auto que /DS due to its length.

People who defend all these BS are the same players who got archstone easily on easy contents before they nerf it down to archstone fragment. They’re also the same people who abuse alt account to do those easy contents to get archstone (uphill/misrus/dcp) They got all 6 archstone they needed months ago and they’re just laughing at newcomers that now pay double/ triple the price , and they just resell those drops happily on higher price.

You are preaching to a brick wall friend. Its easier to punch down when the path up is broken, so they will always do so and feign ignorance when questioned.

Im a bit concerned about this rewards being “newbie” friendly.
We are lucky we have an event now that gives trans, enhance, set effects, and even vv scroll. But how about the future new players after this event? Theyll going to be stucked with just plain ep12.2 rewards? No option to upgrade. No scrolls to add effects.

yea similiar to the OLD Savinose lv 400 Gear set giveaway pattern(year 2019-2020)…
Players who missed out on this event will have a hard time for sure.

But from Past Experiences,i suppose there will be same typical repeat event Reward like this once in 2 or 3 months.
(For ex: Collect Event COINS/kits from various activities and exchange for Good Items)

But they may not have the same Rewards( like VV scroll) in continuous Events…New players need to wait for 1-2 months for the similiar event reward. until then no other choice.

But how about the future new players after this event?

How long has it been since EP13 Released ??? only 2 WEEKS!!
Usually new & returning players comeby during new Episode releases to try new classes,maps, content etc…
And the IMC messed it big time having server bugs & instabilities for like continous 1 month which is simply unacceptable.

So dont worry,hereafter there is not many “incoming new players” ,
only “outgoing players”. LOL

I hate the state of the game right now. It’s bugged as hell. But what IMC did right was this event. Everybody, well most I guess, play by the same rules. Archstones, Luci, Arks are extremely difficult to get but, it doesn’t mean you can’t participate in contents if you don’t have them. Of course if COMPETING in contents like WBR is what you’re aiming for, that’s a different story, that is something you have to EARN like the rest of them. If you just replace the free Dysnai armors to Glacia (which should take you a few days or a week to complete) and use the 2 free weapons equipped with VVR, that is more than enough to clear MoringH or Glacia Hard. Hell, even the free Dysnai with cheap First Strike ichors, since my team cleared moringH and GlaciaH with Varna. The thing is, IMC has never been this generous. Imagine the VVR trinket, it’s over 600m in the market and you get that for free. Or Orbital Bow, Clown VVR, VVR Shield all the VVRs are made available to you, for free. So no, “just for CM” is a lousy excuse.

unless imc made this enhancement and transcendence scroll for the ep12-1 reward permanent like an npc that new player can exchange with, else its still not gonna help new player to progress like join most of the content

Is the stat points in the vanilla weapons native or it occupy the fixed ichor slot?
If I use VV voucher in it will the stats retained?

i came back to tree of saviorlast week and I will be missing 500 points to complete all upgrades. Just hope the event get time expanded or anything to help the new players like me.

Don’t take all the armor enhancement scrolls if you’re lacking some, vaivora enchant, set stat and transcendance are important imo

but armor enhancement isnt necessary to some auto matchs ?

is not as vital as weapon, because CM and DS automatch full of strong people which make you worry of your DPS rather than your survivability

Armor enhancement +10 is a requirement for challenge mode auto match.
If anyone else is rushing to get the requirements finished, it looks like you can skip both set stat scrolls, everything else is required.
I have some vague clue on the priority of the upgrades which is:
TRA(Transcendence) == Vaivora Enchant(Ichor) > ENH(Enhance) > Set Stats
Weapon upgrades come first of course.
What’s missing in regard to general auto-match requirements is Ichors for your armor.

Just learned of this, remember to do Level Dungeons on alternate characters as you can get 75 statue repairs kits from doing them daily for each character. and also the challenge modes, 50 kits for stage 3, 75 kits for stage 5.

given the gear is useless without these event boosters and come as an episode clear reward, the chance is high that recurring events will also have these vouchers, otherwise new players would be damned into farming all the stuffs (it’s not as bad,though, I made my whole savinose dysnai set from scratch, and Brikynite prices are very low now).