Text is off center. 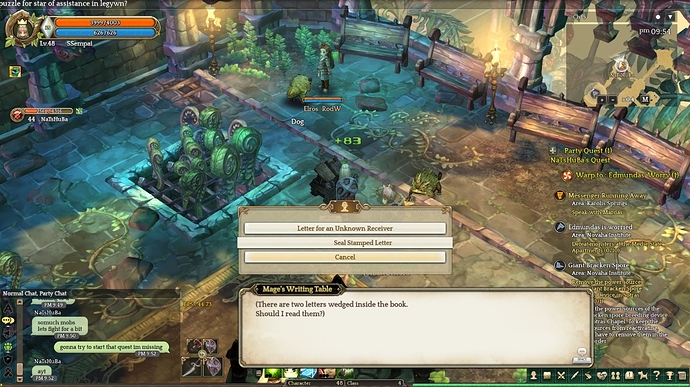 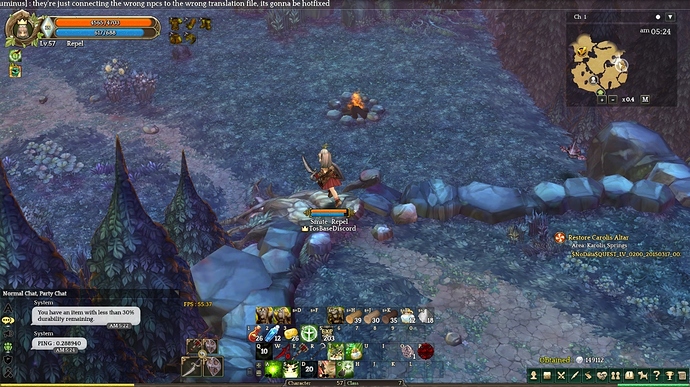 Max SP is incorrectly shown. Not sure what causes this. 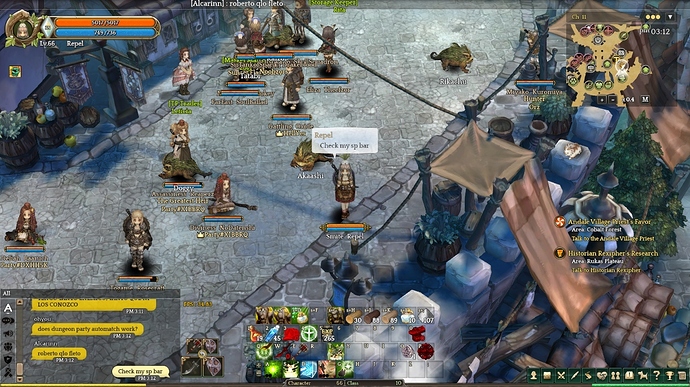 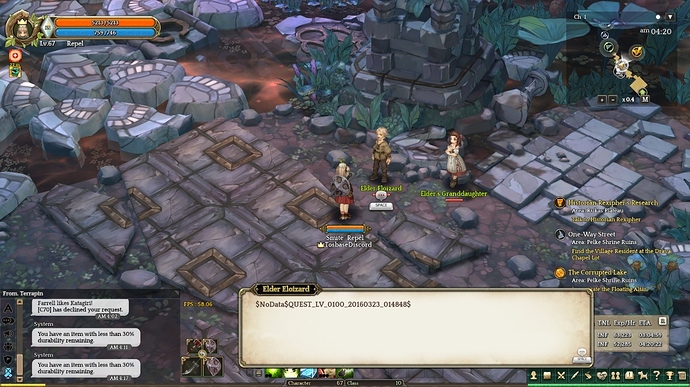 What am I supposed to defeat? Text missing. 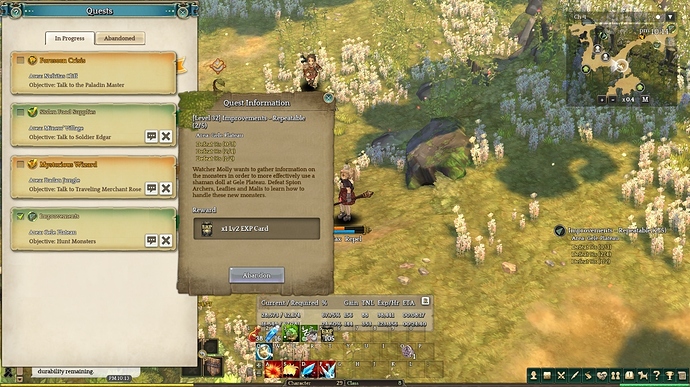 Text isn’t even in the box. 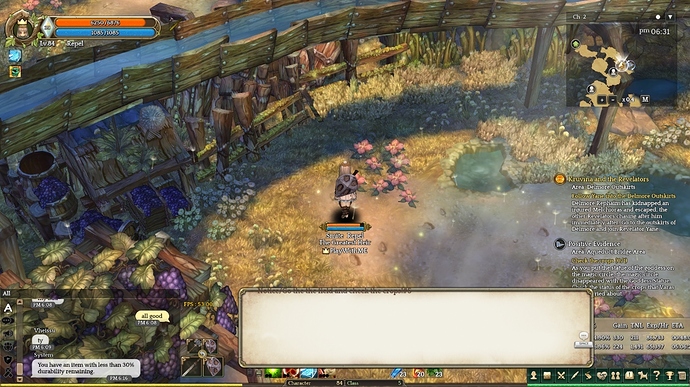 This tombstone is definitely not a Royal Mausoleum. Possibly misplaced text. 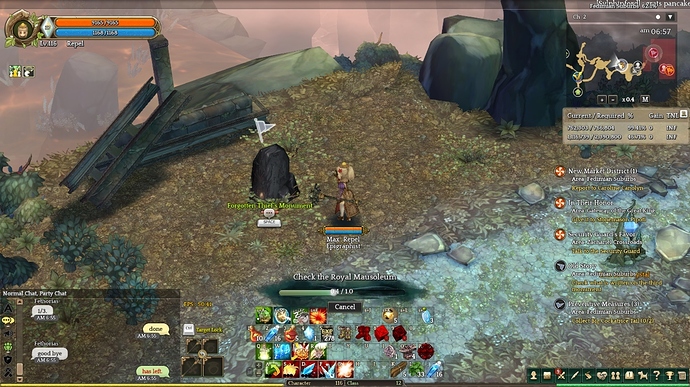 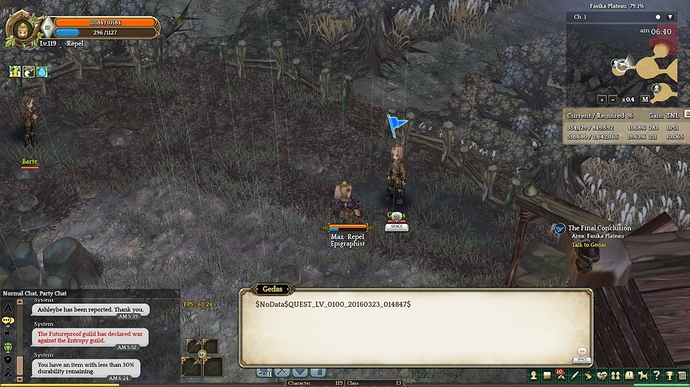 THE FOLLOWING IS NOW GRAMMAR ISSUES

ORIGINAL TEXT - “While he was locked inside, he received the salvation of Ruklys and get out of the life of the slave. But, peaceful days didn’t last long.”

PROPOSED FIX - “While he was locked inside, he received the salvation of Ruklys. His life as a slave was now over, but peaceful days weren’t going to last.” 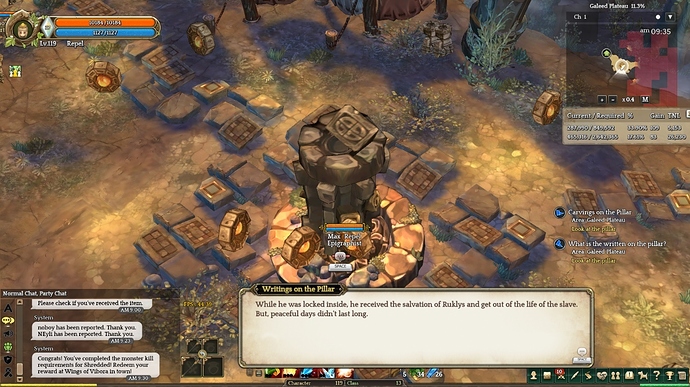 Original text - “When Ruklys was defeated, his rest turned into a disaster.”

Proposed fix - “His rest was soon met with disaster when [blah blah blah] attacked him. In his weakened state, Ruklys could barely fight back and met with an untimely demise.” 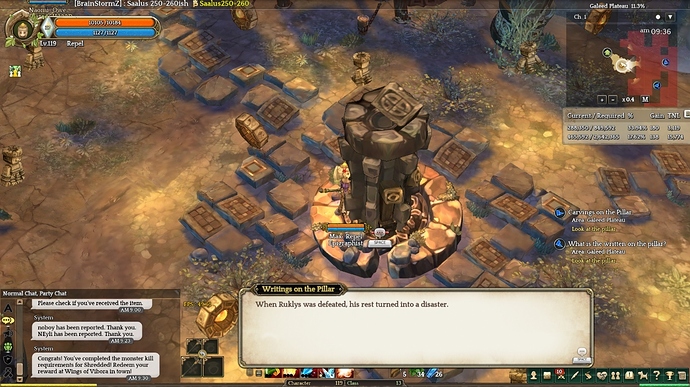 ORIGINAL TEXT - “Please look for the Revelator who just started their journies around Orsha and Klaipeda. When you this scroll to him, he will receive the blessing that is needed for the journey.”

PROPOSED FIX - “Please look for a Revelator who just began their journey around Orsha or Klaipeda. Use this scroll on him or her. It will assist them in their travels.” 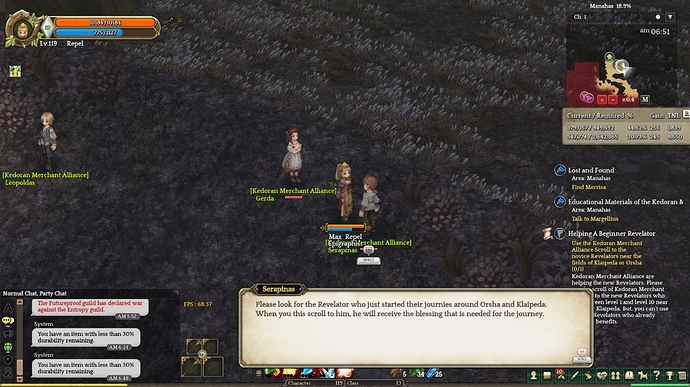 ORIGINAL TEXT - “It’s not like that I know everyone from the Anastospa… They belong to the same Order so I know them well.”

PROPOSED FIX - "I’m not saying I know everyone from the Anastospa, but we used to be part of the same Order so I know them well. 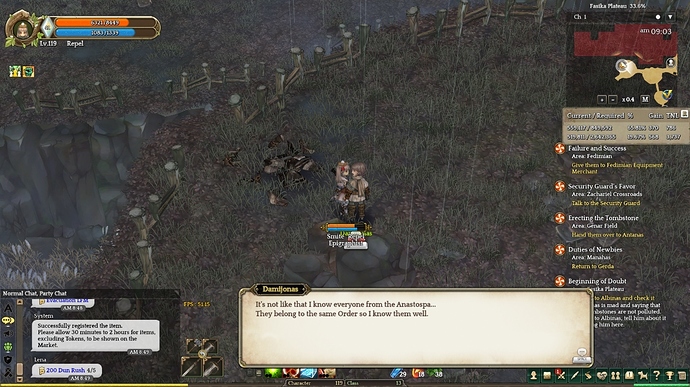 ORIGINAL TEXT - “No way, bring him here at once! I will have to check it myself!”

PROPOSED FIX - “No way! Bring him here at once! I’ll have to hear from him myself!” 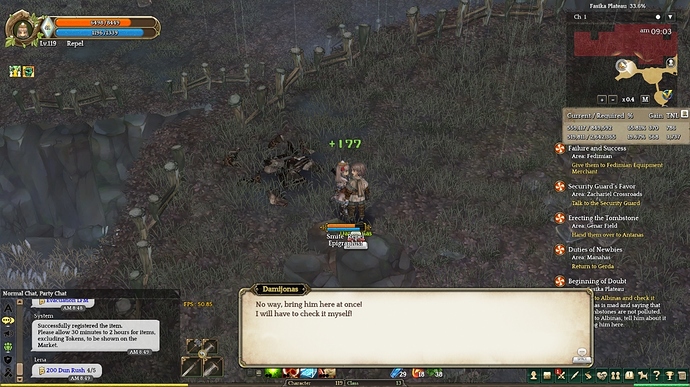