come join us we still recruiting

Celebrating some feats of our members

We strive to be the best at what we do and to be a better version of ourselves than yesterday’s! 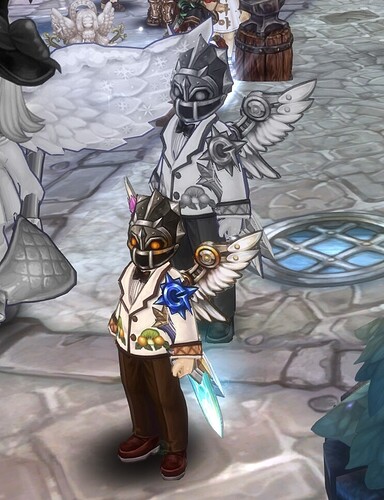 Congratulations to Nnnarv (Swordsman) and Penda (Wizard) for ranking again on the Weekly Boss Raid (WBR)!

We don’t have any celebratory photos for their win but we do have old memes from our archives that involve them.

Nnnarv and his pet bird (by @Springfield) 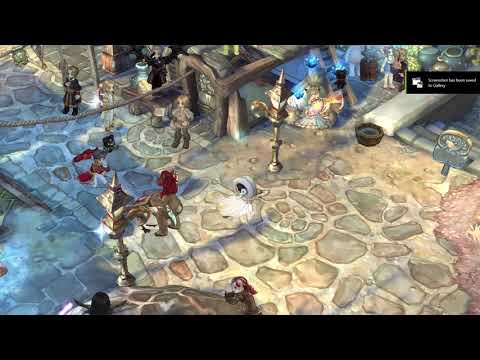 Penda proclaims he is the best girl (by @4lkruzeth) 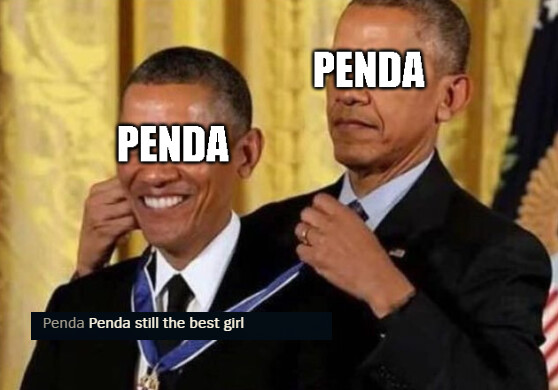 I don’t know if anyone aside from Arians would read this thread, but I’m happy that we could write about our adventures here and share it here with fellow saviors.

Thank you to all the readers and thank you for continuing to support us!

We cosplayed as Squid Game characters!
Klaipeda Ch 8’s seems to be empty so we took advantage of the scenery to take some really nice photos~

What will you do with 45.6 billion won?
Upgrade IMC’s EC2 instance.

Can we change outfits now?

Thank you to @NabiRae for the photos

and for everyone who attended our mini-event.
We also have a short video by BetaTea featuring our T O S workers 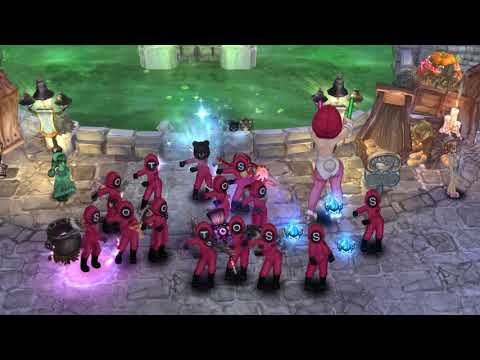 Until next time and have a Happy Hawoween~

Get ready~~~~ Santa’s coming to Aria soon, see you at the Roof! 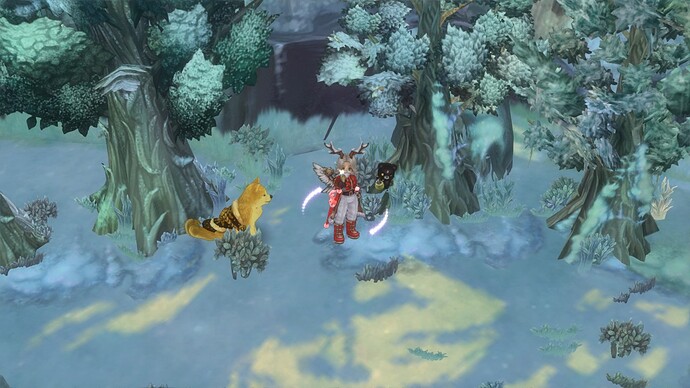 November is halfway through and Halloween feels like it happened just yesterday. Winter is coming.

Some guild updates for November:
We’d like to congratulate the following guild members for ranking in the Weekly Boss Raid for Week 84 & 85!

Congratulations to @TRfromAtsupBLVD, @kiikae.kik and MahKingg for ranking at Team Battle League’s final iteration of its 3v3 format! 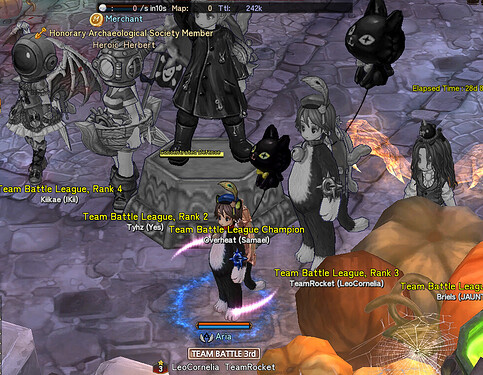 There aren’t much updates from us this week as we are homeless and we wanna freakin’ chill for a bit, but thank you again for reading! 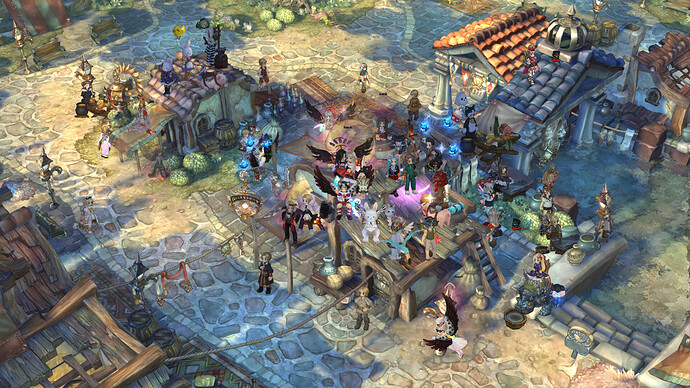 Hope you all had fun from our planned events!~

Thanks for the sponsors who donated prizes for the raffle!!!

Arians celebrate the holidays together! Come join us and hang out at Orsha ch 2 <3

Some photos from our recent picnic events!

We host picnics weekly every Saturday at 9:30 AM SVT. Do join us for some chats, cards, and laughter! Whisper me in-game (Awiaaa) for the location. Just bring yourself and some friends!

The Demon Lord and His Cult Returns!

As usual, we’re all just chilling at Orsha ch 2 by the rooftop. Come drop by and say hi!
Special thanks to @NabiRae @Penda @awkwardusername @OreoOrange ArsGoetia and Ozwald for helping organize these events!

Last Saturday (April 2, 2022) we hosted our guild’s picnic event. We had a lot of new members and are excited to welcome more to our growing crew.

We were messing around

This is also my first post in this thread as Aria’s new Guild Master! I have succeeded Awiaaa as the 13th Guild Master of Aria.

By the way, we are actively recruiting members who can participate in raids and other content with us.
You may apply by replying to this post with the following details:

Congratulations to Aria members CptGarb and Ulquiorra for ranking in the top 10 of Weekly Boss Raid’s 106th week!

We’re proud of your accomplishments. We hope that your scores could inspire other members and saviors to try and rank higher in WBR!

Garb and Ulqi so OP grats!

Original thread seems to be back, thanks @Staff_Jin

Congratulations to the winners of Aria’s Holy Week event!

Arians dressed according to the theme and won special prizes. The theme was Holy Saint. 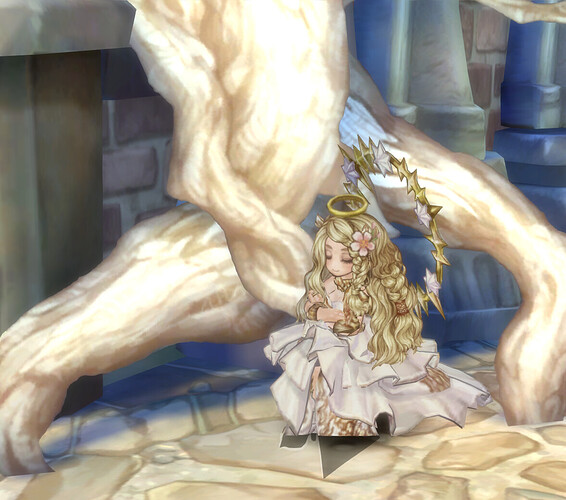 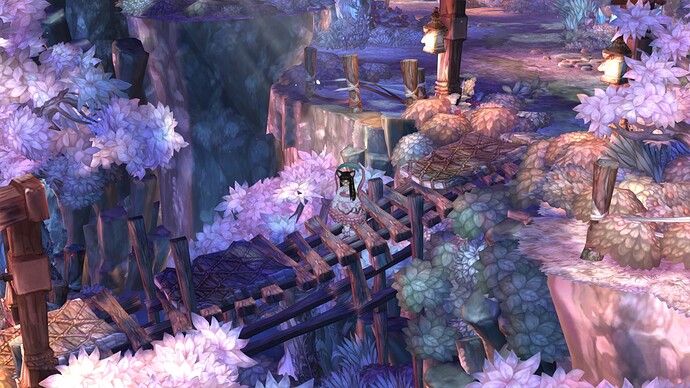 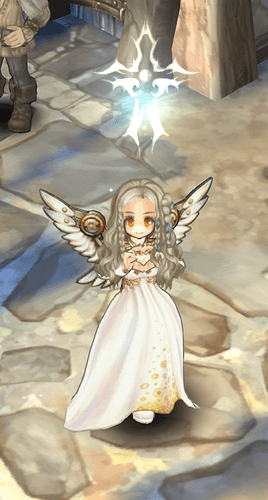 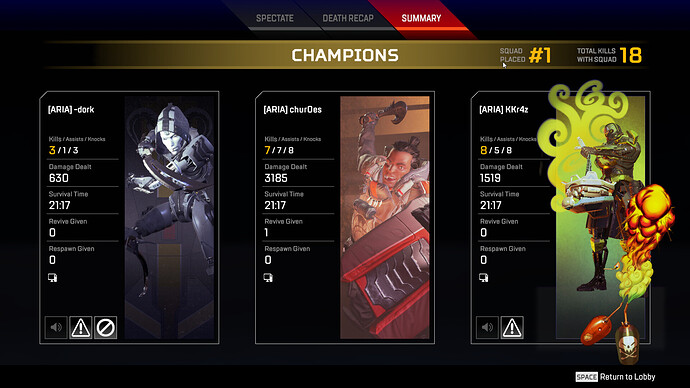 gege dork you got carried