If you genuinely think that I’m out to get you specifically then sorry ? ? ? Post your team name ? ? ? Post proof ? ? ? I genuinely do not know who you are, nor remember any instance where I went out of my way to grief a run like you’re accusing me of doing.

Ah yes.
Everyone’s Hero John has finally caused internal fights in the demon guild of Klaipeda and this will be the start of the end of their evil ruling.
Good job Johnny

@johnstamossa Dude, just want to say thank you, for you being the way you are. Every community needs a lolcow 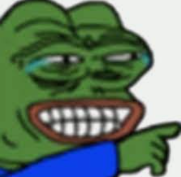 So which guild are you actually in? I highly doubt it’s really the Support Guild cause my term as Vice Guild Master is almost over already and I’ve personally observed not only nothing of this toxic behavior you continue to claim, but rather the opposite: FMC members being friends with Support Guild members. Yeah, really. Some FMC members have attended some of our weekly card parties and there was nothing but positive interactions. You would know this as well if you actually attended any.

I also don’t appreciate you trash-talking Sasy like that. He and Selenelions have both been great people to me and to the guild, and I truly feel blessed to have been given the opportunity to work with them. Whatever your agenda is, it’s clearly not working. I don’t know nor care about what problems you have with FMC and how you decide to handle them, but please leave the Support Guild out of this.

the only toxicity we have seen until now… is from you

I’m currently unaffiliated with any guild, as the last one I was in has died.

i have expressed my own experience

And I too, have expressed my own experience. That’s all it is. Nothing more.

And here’s where your argument falls out to me. You keep referring to multiple people, as if FMC is supposedly bullying not just you, but multiple people from the Support Guild. I have seen zero complaints in the guild chat and the Discord about FMC’s behavior so far, so that says to me that either none of this is actually happening or people are being extremely quiet about it for some reason. Given your post history plus my observations, I choose to believe the former. When I finally see some proof or even just testimonies from other Support Guild members stating otherwise, then I will admit that my judgement was wrong.

This game already has such a horribly low retention rate for new players and I would hate to find out that big guilds are only adding to the problem.

well for one, there is the f12 record button and screenshot button. if you wish your personal experience to be formally reported, you need those as a form of supplementary to your claims.

otherwise it’s just fair game as the next person who uses texts to accuse someone ‘w’;;

it’s surely sounds like a big conflict of interest

why are you not defending me?

it seems that the FMC corruption has already been successful…

thank you, sorry i am slow since i have to do the mahcanics
but i will make sure to screenshot them next time

Like I said, post some proof of this behavior then I’ll gladly reconsider my position. And if anyone else in the Support Guild is being bullied by FMC members, then I highly encourage them to speak up as well.

So far, no one, including you, have posted any proof since this whole thing started, despite being asked multiple times.

And I’m not online when you are? I’m around every day between 3 PM - 3 AM server time. So that means you play in Klai exclusively during off-peak hours?

still only you posting toxic stuff

I spent a while debating whether to chip in or not, but here goes.

the only toxicity we have seen until now… is from you

Spamming a thread with laughing gifs and ridicule (“every community needs a lolcow”) is the very definition of toxic. I don’t know who’s right or who’s wrong, but I do find it hard to believe that the people who’ve responded this way would behave any differently in-game.

@johnstamossa Aono basically already said what I was going to. If it’s true, collecting evidence and reporting it is basically all you can do. Please stop flooding the forum with these complaints.

Guys. All of this childish squabbling is making us lose track of the real enemy:

If the guy/girl stole your bird 3 times that’s deliberate … if its a 1 time event then its mostly an accident. I myself stole some birdies from random parties cuz we think/went the same way ( going for the bird then going to the other at the same time ) we just laughed it off and continue with the raid.

Leading guilds tend to attract toxic people as a rule, but to be honest aren’t you getting tired of this professional victim routine by now?