Just noticed the view … XDDDD and comments of some of them … 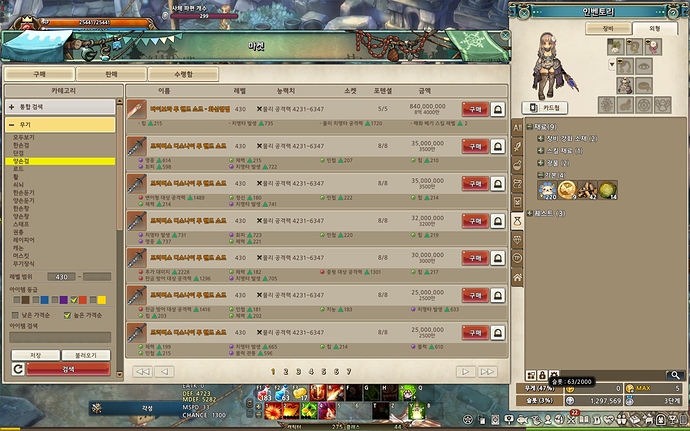 Just don’t give him the publicity anymore. Lmao he’s trying to monetize on the hate by getting more views the more people talk about him and checking out his channel.

I suggest deleting the thread tbh. it seems more people are aware now who to avoid checking out anyway. lol

What kind of comment is that. Don’t flag his stuff- leave a comment with proper critique and move on.

Tried, not very effective.
He deleted the comment and block that user from future critisizing, to let every newbie see how everyone in the world agree with his video.
Just dont feed the troll, let him die of starvation.

yeah, no.He deletes comments as he wishes even constructive ones.

What the ■■■■ is wrong with this community, starting a crusade against someone just like that?

Same with that “Lag” thread and some “PvP” thread, you’re all too intense and toxic.

it’s typical end game pvp. You’ve never done it before, have you?

I agree that youtuber can be very controversial and sometimes just take your own opinion into account. I do not agree with many of your videos, but I also think that there are some here exaggerating a little and who need to calm down.

Honestly I think it’s enough, I don’t see the point in trying to witch hunt or hate on his works. What started as a awareness thread has slowly derailed into a hate thread.

Perhaps giving alternative content-creator/guides should be enough. Eventually people will pick their own poison, or do the thought process themselves by cross referencing multiple opinions or videos. If they want to listen to the opinion of just 1 guy, so be it. They made the choice

i agree with the guy above me
there is no right or wrong how to playing this game, how to build classes, pick skills,gearing up
its freedom, we are free to make mistake, free to have our opinion about build classes gears
some people not put efficiency as first priority,some also having fun even for having the silliest build
and in youtube you are free to share, not only fact but it can also be opinions which is subjective
and you also free to get anti criticism feature in youtube by removing comment section
if you dislike how it works, simple, just dont watch the video
also youtube let people leave a dislike, if you dont like it then push the button
you can even report if its violating rules
if you dislike him that much you should just go to his youtube instead and act like those childish kpop haters, not boycotting him here

look at the bright side
he promoting the game,he make a dedication releasing videos, which not many youtubers do
instead of being proactive attacking him here maybe you should prove you are better than him
make yourself your own “how to play it right/what is right” content
and guess what? it will also be another subjective content just like his

in game theres no such punishment as they offer reseting stuffs almost to everything
thus making mistakes in game isnt really a big deal
its in fact letting you explore the game and learn from mistakes, learn what you actually like

you can disagree all you want, but perhaps there are many other who also like his works
in the end its you who decide whether to believe in his content or not
you can always compare and contrast against another alternative resouce and see whats suit you

who you are talking to, sire?

idk if its a real question or its just your weird attitude
i obviously reply to main post, not to someone else reply
jeez

if its me, i already wrote

its weird to suggest stop attacking him when i already wrote that before you wrote.
马后炮

at this point, he will just make series of bad videos with intent to provoke us and spark some drama to gain views, just ignore them (right click->i dont want to see this kind of video).

free to have our opinion

you can disagree all you want

i keep my word and not discussing him anymore again. Let this thread closed by itself in 3 days.

8 lines of text is wall of text. great.
farewell
ignitors fate upon you